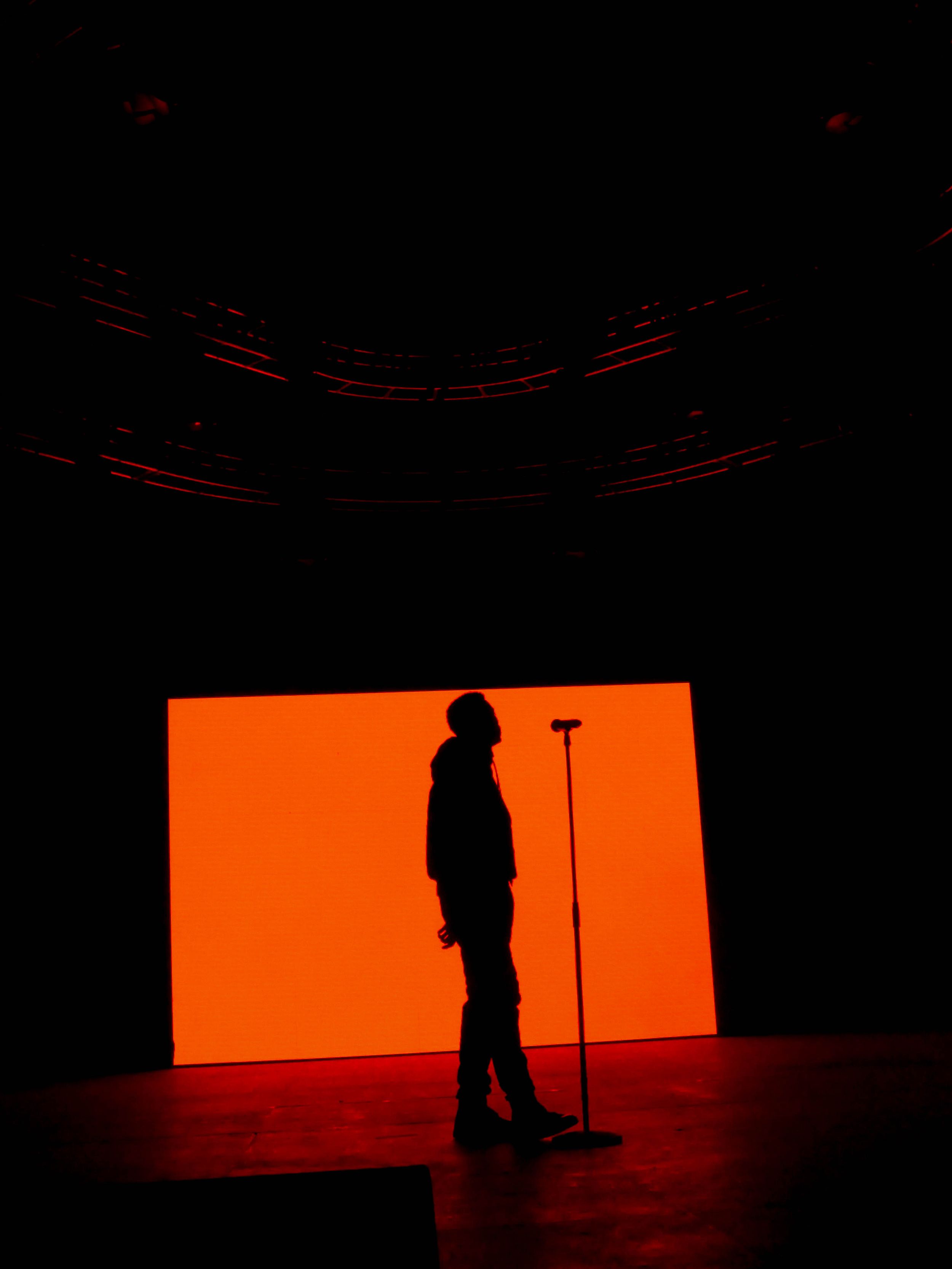 After three days of music and art in downtown Las Vegas, it is time to briefly share the annual spectacular celebration called Life is Beautiful.

Downtown Freemont became an urban art gallery, setting up picture worthy backgrounds for all attendees that want them social media points.One of the most popular feature is the abandon motel turned art motel by the collective Meow Wolf.

Based out of Santa Fe, New Mexico, bringing oddness and psychedelic creativity.Ever walked into a room with wall to wall pillows with giant like pillow form rock’em sock’em robots in middle? Walking inside is like a different dimension, where the first floor each room was different construct of artwork and displayed diversity.

Steven Zhu put quite the performance at the Downtown Stage (main stage) on Sunday’s Life is Beautiful. Discovering the vocals on his songs like “In the Morning,” “Faded,” were sung by him is intriguing.Also, major kudos to the saxophonists to be queued in for “Automatic” and “Palm of My Hand.”ZHU proved his worth to be on the main stage.

Each year Life is Beautiful has always makes the attempt to bring a plethora of variety when it comes to line-ups. This year it seemed to be a lot more of electronic performers this year and notice a lot of attendees to keep going to the Fremont Stage, a.k.a., the tent where the djs mainly perform. The amount of those attendees dressed up like it was Electric Daisy Carnival reunion.

On Saturday’s Day 2, one of the side stages on the way to the Toyota Music Den, was the Forest of House, a specified setup for dj’s which play constant EDM. Drawing all the ravers of the festival, looking like a refuge for when the EDM artists are not performing.

Don’t get me wrong, Life is Beautiful brought TOKiMONSTA, Bonobo, Goldroom, Wild Thing and Tycho to shift away the EDM dimension, with their live-sets and TOKiMONSTA’s diverse tracklist.The outlook just seemed attendees were mainly attach to the electronic platform, instead of diversifying their music taste buds.

On Saturday, Schoolboy Q took the main stage and was not feeling the crowd, which is a shame because Schoolboy has awesome singles from Oxymoron and Habits & Contradictions.

On the other side of the festival and in the same day, there was white-boy rapper David Andrew Burd, also known as Lil Dicky. His debut of the evening, apparently harnessed the energy what Schoolboy Q wanted. The crowd was bumping to the comedic style rapper songs and his comedic interludes.

The main stage does symbol the popular act, which seem the popularity just wanted to hear “THat Part.” He did his best to please the crowd, but it identified the mass audience to only know his popular singles.It was a shameful because “Collar Greens” is by far one of his best songs period.

The three days were packed with major artists. The first day, wheel chaired 2 Chainz ran the trap. Lorde came through with a Kate Bush “Running Up the Hill,” with her personal swagger of dance moves with the opening track “Tennis Court.”

Chance the Rapper took us to church, with the Social Experiment to be his band and brought everything he had from “Cocoa Butter Kisses,” tracks from Acid Rap and everything from Coloring Book.Chance proved once again why he is featured in every music festival line-up this year so far.

Blink 182 brought out the true blink-fans, but the melancholy for original guitarist Tom Delonge is truly missed, Alkaline Trio front-man and Tom’s replacement stepped up when it came down to Tom’s parts in the Blink catalogue.

Day 2, Local Natives made double efforts by doing a smaller acoustic performance at the Toyota Music Den, before they performed later that evening.Muse was filled with illumination and lighting suiting the Las Vega leitmotif.The rockers did their best delivering “Supermassive Black Hole,” “Hysteria,” “Stockholm Syndrome,” “Time is Running Out,” with seven albums on their belt and closing the downtown stage with two filled hours of music, it was a site to see.

The final day, arguably probably the best day, had rising acts like Mura Masa and Dua Lipa to prove worth the hype.Life is Beautiful also had The xx later in the evening, with the crowd unifying to thier mellow stillness and chill vibe atmosphere.

The Haim sisters channeling their girl rock diversity from playing old hit singles like “My Song 5,” “The Wire,” even doing a Shania Twain cover of “That Don’t Impress Me Much.”

Also could not forget the early evening performances of Cirque Du Soleil.Cirque arrange to do some variety performances from the strips shows like The Beatles: LOVE, Mystere, Michael Jackson’s ONE, KA and so forth. Having these acrobatic performers to show locals and outside attendees, to appreciate a piece of the Las Vegas entertainment.

It’s debatable to individuals, which were their favorite stage, but to share an opinion, the Huntridge Stage had to be considered most favorable.The setup of the stage felt more intimate for the crowd.

Witnessing Kali Uchis first performance ever in Las Vegas and Vince Staples giant red-orange background which made Vince Staples appearance looking like an iTunes commercial, or even The Revivalists energy. The combination of the artists, who’ve perform on that stage, delivered something different from the other sets.

They were the first to confirmed to be appearing Life is Beautiful and were the last performers of the weekend. Mastermind Damon Albarn brought an entourage and opened with “Last Living Souls” off of Demon Dayz. Throughout the performance the fictional characters will be shown on the monitors, theming through each song. The guest lists were Vince Staples, Pusha-T, De La Soul, Jehnny Beth from Savages appeared for “We Got the Power” and Peven Everett for “Stylo.” When Gorillaz officially ended their set, it was like the audience snapped out of hypnosis, no one wanted it to end.

Life is Beautiful did another great success.Teaming with local vendors and bring another year of bringing a movement that shares the great satisfactions and appreciating of living: food, art, friends and music.