Why LGBTQIA Fan-Made Relationships Need To Be Respected
Odyssey

Why LGBTQIA Fan-Made Relationships Need To Be Respected

How Jeremy Jordan and the "Supergirl" cast upset their supporters 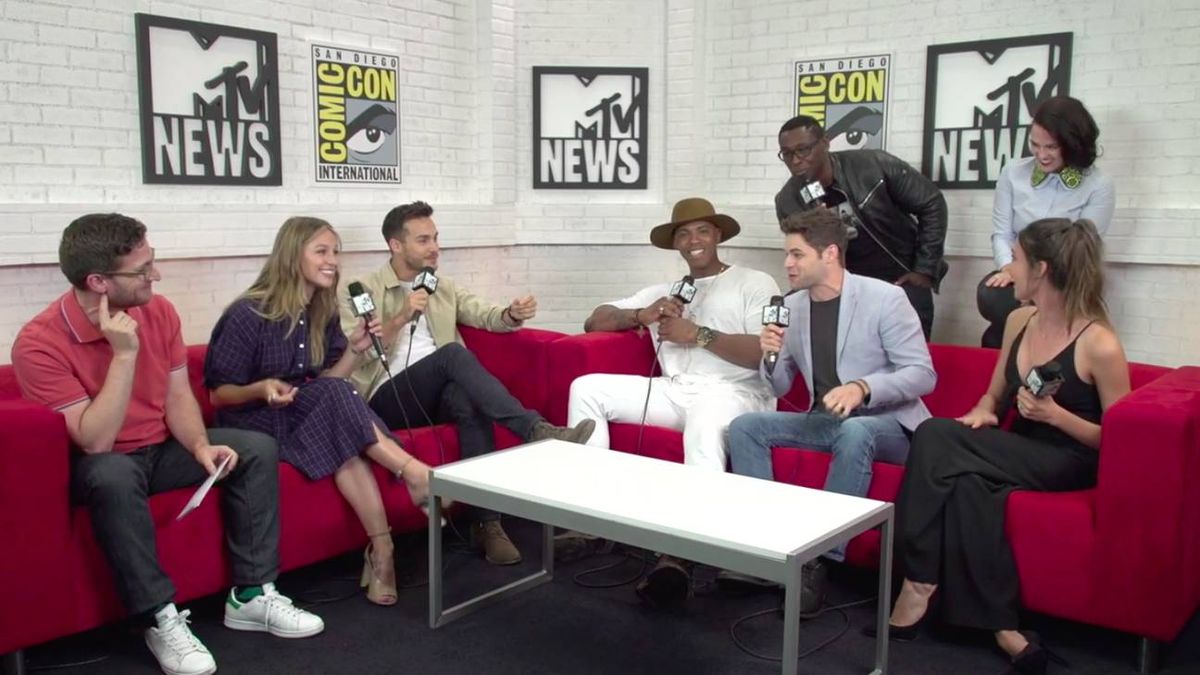 Ever since Supergirl first aired on CBS in fall of 2015, I have had mixed feelings regarding the sci-fi tv show. As a big fan of comic books, especially DC, and powerful women in general, I looked forward to a female superhero being portrayed to a large audience, especially in a fairly family-friendly setting in which young girls could gain a new role model.

My first disappointment was in the fact that it was called "Supergirl" instead of "Superwoman." First of all, she's not a child or young girl. She is a grown adult working in a high powered career setting. Second, "Superman" is not called "Superboy." This statement should speak for itself.

More disappointment continued when the show continued to struggle in terms of diverse representation and a lack of women of color on what was being promoted as a supposedly feminist show.

After the show switched from CBS to CW for its second season, it seemed as though "Supergirl" was making an effort to address these criticisms and concerns. They were big in promoting the fact that Maggie Sawyer, a known LGBTQ DC comics character, would be making an appearance, and she would be a Latina woman using her experiences as a member of two minorities to motivate her work in saving the world. But it seemed this was too good to be true. They cast Floriana Lima, an Italian, Irish, German, and English actor. Needless to say this was completely unacceptable and caused many to stop watching including me, a young latina girl myself.

After this I didn't think it could get any worse. I thought I was done with the show and wouldn't be hurt or upset with it any longer, but I was seriously mistaken.

This past weekend at San Diego Comic Con, the "Supergirl" cast was doing an interview with an MTV reporter. The reporter asked one of the main cast members, Broadway superstar Jeremy Jordan, to do a musical recap of the past season much like they had done the year before.

The recap began with Kara, "Supergirl", befriending Lena Luthor. Jordan than proceeded to yell "They're just friends! They're never going to get together!" while other cast members joined in the chant. While this seems harmless, this caused the "Supergirl" fandom to burst into flames.

Since the first episode Kara and Lena met, the fans on Twitter and Tumblr have been avidly and vocally "shipping" the two women together romantically. By mocking and making a joke out of this sector of the fandom, fans were hurt and their spirits crushed.

To those who aren't involved or a part of the LGBTQIA community, this probably doesn't seem like a big deal at all. After all, isn't he just stating the facts? Well, no. Not exactly.

Oftentimes fandoms create these fictional romantic relationships in an effort to create representation for themselves on screen. Seeing yourself in the media on an outlet that you enjoy can make a big difference in your self confidence. Relating to a character can make someone feel less alone, as if others understand and know what they're going through, like what they're feeling is real.

By aggressively making fun of the fact that this relationship was never going to happen, regardless of whether the showrunners were going to have them be together or not, fans just rooting to see themselves in their favorite characters on television were mocked and made to feel as if them seeing themselves in their favorite characters didn't exist, therefore they were alone.

Now, I am not saying that shows need to listen to their fans in terms of what relationships develop plot, but think about this:

Since the beginning of social media, there has always been two main characters that fans of a show would want to get together. Take for example: Law and Order SVU -- it has been on almost 20 years, and for 11 years millions rooted for Elliot and Olivia, the two main characters, to have a romantic relationship. When approached about this in interviews, they would always reply things like: "Well, I don't know" or "It is not up to us." Never once did you hear them yell at their fans, and by the time Elliot left the show 11 years later, they never were in a romantic relationship.

By doing so, they retained a huge fanbase that allows them to stay on the air for so long regardless of whether the romantic relationship evolved into anything or not.

Now the opposite happened with "Supergirl"; the show just lost a huge amount of necessary fans over a comment that wouldn't have happened had it been a fictional heterosexual relationship. Fans are what keep shows on the air and by cutting out and invalidating people out of ignorance, "Supergirl" just lost a huge part of their main demographic.

There are two ways to make sure this kind of incident doesn't happen in the future: (1) the most obvious: give viewers the accurate representation they want so they can "ship" a real relationship, not a fictional one, and (2) let fans say what they want when it comes to these things. Listen to them and if the idea they have won't be executed, leave it be and let them enjoy themselves. After all, isn't media for viewer enjoyment? By letting fans believe this they are not only feeling validated and better with themselves, but also connecting with other fans who feel the same way giving them not just one person to relate to, but millions.

Casts and crews need to treat fanmade heterosexual and homosexual relationships the same. After all, viewers are viewers, ratings are ratings, and people are people, regardless of sexual orientation.