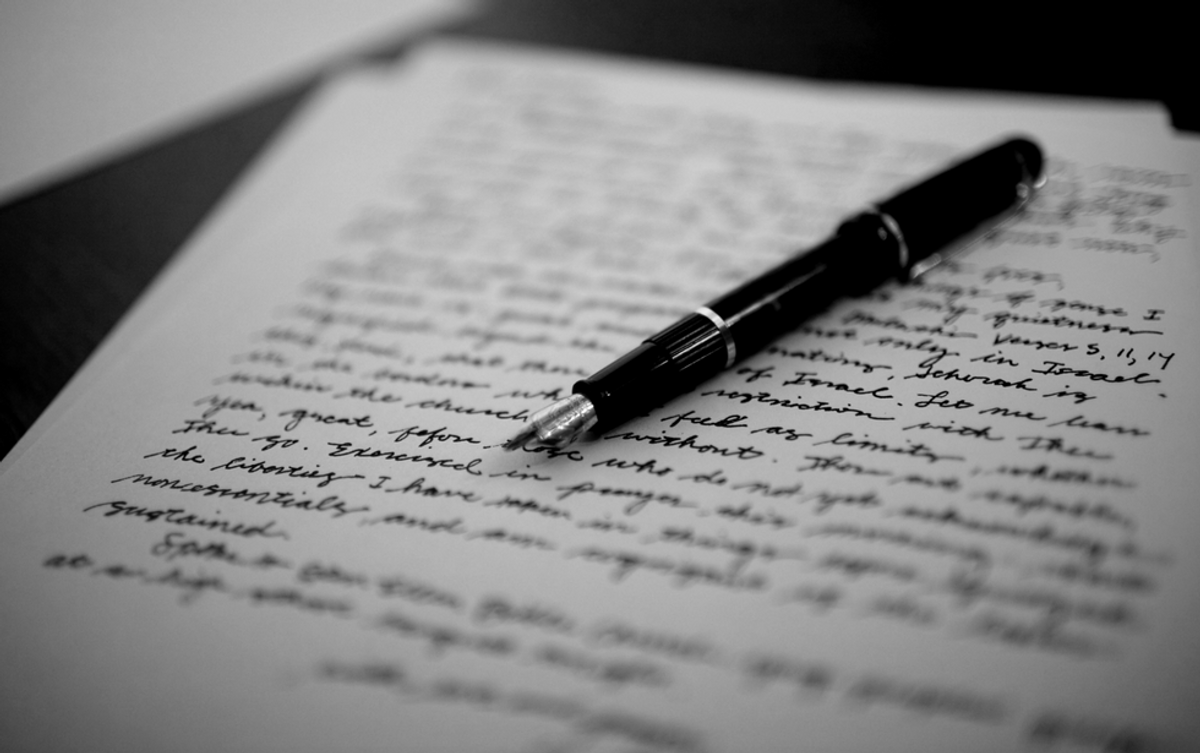 I’m sorry. You’re getting such a bad rep this year. Granted, you did leave us with one of the most violent Presidential elections in our nations’ history, you took many of our music and Hollywood legends, you were the uprising face of terrorist attacks all across the world – at home as well as across the sea. Now, don’t get me wrong, this year was filled with new beginnings, many opportunities, and endless growth, so it wasn’t completely a waste. But honestly man, what else can you do?

We started this year with hope, excitement, and great resolutions to better ourselves from 2015 into 2016. And then, life just happened. We fell into the same, old- same old, daily routine and became comfortable with our lives. Now, it’s December 23 as I write this letter to you, thinking about the resolutions I want to make a week from now on New Year’s Eve and I realized that I cannot blame you for how terrible this year was. I can only blame myself.

I realize that the time from January 1 of one year to December 31 of that same year are speeding by more rapidly each year I get older. The warmth of hot chocolate turns into vibrant new flowers, which swiftly bring sandy beaches and warm suns, and then we “fall” into pumpkin spice and leaves below us, only to end the year again with some snowy scenery to bring in the new year with. Before we know it, the year is over, and we start over again: we celebrate another birthday, another anniversary, another milestone, another moment we are alive.

There are some things I cannot change. The tumultuous election, unending wars, violent natural disasters – that’s all your fault. But what I can control is my response to it all. I control how I live my life each day, I control how I’m going to react to every moment, I control what my next move was going to be. I am the one in control of my own life, and I have the ability to choose whether or not 2016 conquered me, or I conquered it. If I had a bad year, that wasn’t your fault – it was mine.

Luckily I can say you have given me some of the greatest opportunities this year – I have been able to fall into my future and see the path that God is leading me on during my life. But unfortunately, you have taken away some people who were so important to me, you have created difficulties I never thought imaginable, and you have faced me with reality of being an adult.

On December 31, 2016, I will not be making any new resolutions. I will fix what has been broken. I will not complain about how terrible you were, and rather thank you for what you have given me so that I may change my life. I will not pretend nothing ever happened, and will not try and block you out of my memory because of how bad you were. I will take the baggage, the damage, and the lessons learned and progress towards the next chapter of my life.

I’ve realized that as I get older, the same people, at the same time of the year, complain about how bad the year was. News flash – these people have been saying that for years. Don’t worry – you weren’t as terrible as they’re all saying.

2016, thank you. I’m not saying I’ll miss you, but I'm also not saying that I’m not thankful for you. You will always be a permanent part of my life now that I will take with me into the future years of my life. It’s time to move forward, and I can’t wait to see what 2017 will bring.