There Is No Such Thing As A Male Feminist
Odyssey

There Is No Such Thing As A Male Feminist

There is no space for men within feminism and that's okay. 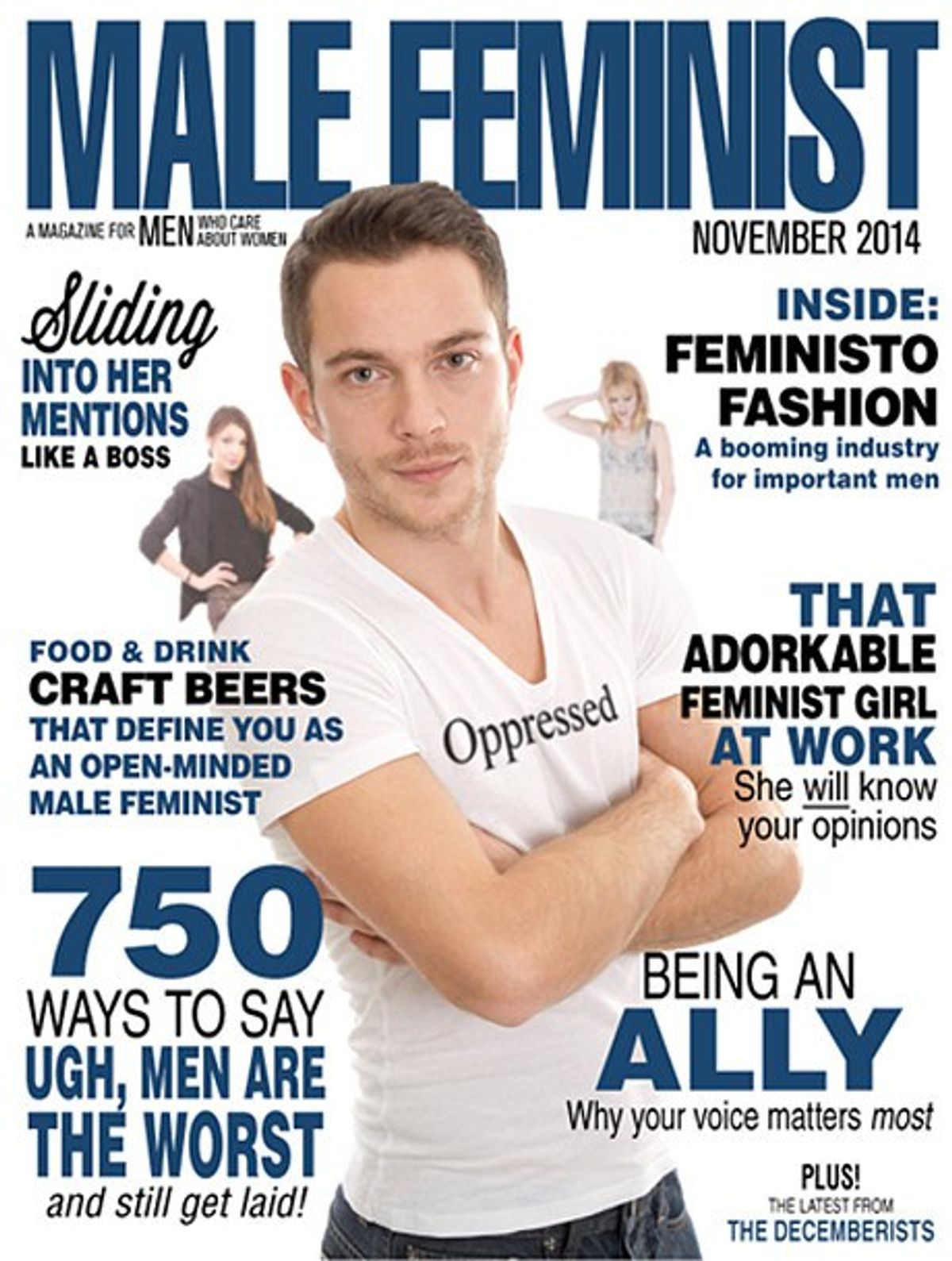 Before I say anything I want to make it clear that, while I think men can be feminist allies, I do not think that men can be feminists. Simply believing that women are people and deserving of respect doesn't actually make you a feminist if you follow these thoughts by fetishizing gay women, by claiming that sex workers are lesser than other women and/or deserving of being sexually assault (such as when people claimed that Stoya couldn't have been raped because she is a porn actress), or by calling the girl on Tinder who didn't respond to you a "ugly whore who you just messaged because you felt bad for her."

I think my feelings about the subject can best be described by this quote from Brian Klocke of the National Organization for Men Against Sexism as said, "Although I believe that men can be pro-feminist and anti-sexist, I do not believe we can be feminists in the strictest sense of the word. Men, in this patriarchal system, cannot remove themselves from their power and privilege in relation to women. To be a feminist one must be a member of the targeted group (i.e a woman) not only as a matter of classification but as having one's directly-lived experience inform one's theory."

And it's not only that men cannot understand the patriarchal institutions that hurt women; often they themselves are causes of harm to women.

Louis C.K, (who is himself deeply problematic) has said, "How do women still go out with guys when you consider the fact that there is literally no greater threat to women than men? We're the number one threat to women. Globally and historically, we're the number one cause of injury and mayhem to women. We're the worst thing that ever happens to them."

So, like it or not, men cannot be fully embraced into a movement that is about securing the safety and social advancement of women because the people who have made a movement like this necessary were and are men.

And there's no shortage of men who claim to be feminists in order to seduce and abuse girls (who usually end up being underage). Many tumblr users come to mind but I will avoid disclosing those details in this article. Anyone interested in more information on these cases can contact me through the author information at the bottom of the article. In their article, "What Do You Call A "Male Feminist" Who Only Wants To Pick Up Women? Meet the "Macktivists," Alex-Qhan Pham describes the exact type of man who, on the internet, self-describes as a feminist in order to be accepted into social circles, makes women inside these circles trust him, and then turns around and takes advantage of them while expecting no backlash because he's a "feminist."

And there's also a lot of genuinely good guys who are feminist allies and genuinely believe that they want to help the movement but I'll say to them what so many people have already said: Feminism does not and will not carve out a space for you. You must make the spaces society has deemed "male" into feminist spaces. You must recognize your privilege and take advantage of it by causing changes in patriarchal spaces that continually push women out with no cause except for their gender. If you are truly a male feminist ally you won't be mad that there is no specific place for men within feminism because you can recognize that feminism is a movement for and about women, not men.

The keys to being an ally? Listen to and respect the women around you. Do not expect rewards or sexual favors because you think a woman has more rights than a piece of gum stuck to your shoe. Focus on making patriarchal institutions and places feminist. Help, don't commandeer.

Caitlin Marie Grimes
University of South Florida
11364
Beyond The States