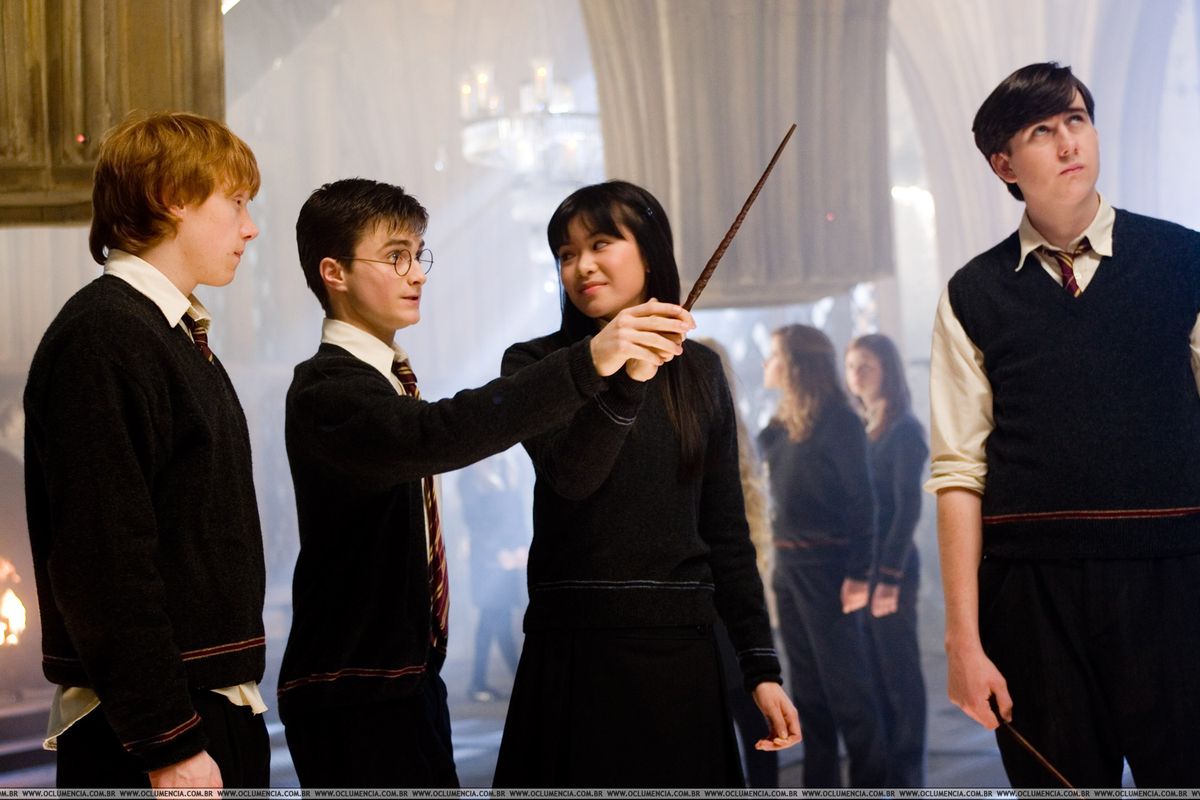 I was first introduced to the character of Cho Chang as an excited 13-year-old going to see "The Order of the Phoenix" for the first time. I eventually got around to reading the books, but I committed the unforgivable crime of seeing the first five movies first, an action that still haunts me.

Because of that fact, I pretty much overlooked her. She wasn’t really a major character, she didn’t do much until the end of the movie, and at that point in my life, I hadn’t read "The Goblet of Fire," so I didn’t know much about her to begin with.

Recently though, I’ve been rereading the series with my co-workers— this is how we bond. Don’t judge me. Cho has become all the more important to me.

I will admit that I never really thought twice about Cho’s name. But in writing this I have done some research, and I have heard both sides of the argument surrounding her name. I have heard that both “Cho” and “Chang” are Korean last names. I have also heard that they can be Chinese names, but do not make sense pieced together.

Regardless of this fact, I have been told by both sides of the argument that the name is incredibly generic.

That is not to say that Harry and Ron do not have generic names as well, but in a fantasy series where you have characters with names like Lucius, Hermione, and Severus, the idea that Rowling could not come up with a more interesting name for Cho is hard to believe.

But it gets worse.

She’s not, of course, but it’s still brought up.

She’s the reason Harry has to take someone else to the Yule Ball, having missed his chance to ask her before Cedric, and she’s the annoying, overly emotional girlfriend in "The Order of Phoenix."

I’ll admit I haven’t actually counted, but I would bet there are more parts where Cho is crying over boys then she is speaking in that novel.

Cho is sorted into Ravenclaw, which may have just been Rowling trying to figure out where to put a character that wasn’t evil or particularly courageous, but the problem with Cho as a Ravenclaw is that it simply supports the “all Asians are super geniuses” stereotype that we have somehow come to accept in the Western world.

She’s written mainly as Harry’s love interest, which means that we learn absolutely nothing about her, apart from the fact that she plays quidditch and joins Dumbledore’s army. Despite a brief comment by Hermione on how much Cho is going through in "The Order of the Phoenix," we learn nothing about her. She does not get the challenge the stereotypes that Rowling has placed upon her.

Now, I understand that she’s not a main character, and so perhaps we shouldn’t learn as much about her as we learn about, say Snape or Hermione.

But if Cho is being forced into stereotypes that aren’t true, should she not have the ability to fight them? Why is the time that is allotted to her only allotted to her because she’s crying over Cedric? Should she not be allowed the same amount of time to talk and discuss her feelings?

The fact that she then becomes the one to out Harry and his friends in "The Order of the Phoenix" makes everything worse.

Now I know, I already hear the “But wait! She wasn’t the one who told Umbridge about them in the novel!” And you would be right. She doesn’t. In the book, it’s a friend of hers, and to be honest, I never understood why they changed this. It never really made sense to me.

This is not to say that the Harry Potter series is not a wonderful series. It has its problems, yes, but every fictional world does. That’s one thing that fiction and reality share with each other, neither can exist without being problematic.

Is Harry Potter filled with racism and sexism? Yes. Is it the most racist and sexist filled book the world has ever seen? No. The series should still be enjoyed, but it should be enjoyed with the understanding that it has problematic aspects to it.

I completed the entire series of Harry Potter when I was 15, and I quite frankly, I didn’t begin to realize this problem (and the others that accompany it) until I looked over it again in college. Most of the people I know are not going to look at the Harry Potter books again and reread them. They have other things to do, they have more important matters to attend to in their lives, and I don’t fault them for that.

But what becomes the case then, is that entire generations are going to grow up reading fiction that presents itself in problematic ways, and they will think nothing of it. They will continue to grow up with those stereotypes in their head, but they will not know where they came from.

Harry Potter is not the only problem, and Cho Chang is not the only Asian character that has been misrepresented in the media, but both the series and the character are important stepping stones in understanding how that media affects children, and how content creators can change the game.

Instead of hoping that readers will come back and look at your works again when they are older and can see and dissect the problems, the idea should be to create characters that break stereotypes to begin with, to show children and adults, let's be real.

We all carry around stereotypes, whether we like to admit it or not) that these people are just normal people. They make look differently or speak differently, but they are human.