Let's Talk About Beauty and the Beast...
Odyssey

Let's Talk About Beauty and the Beast...

A surface review of the discrepancies between the new film and the old. 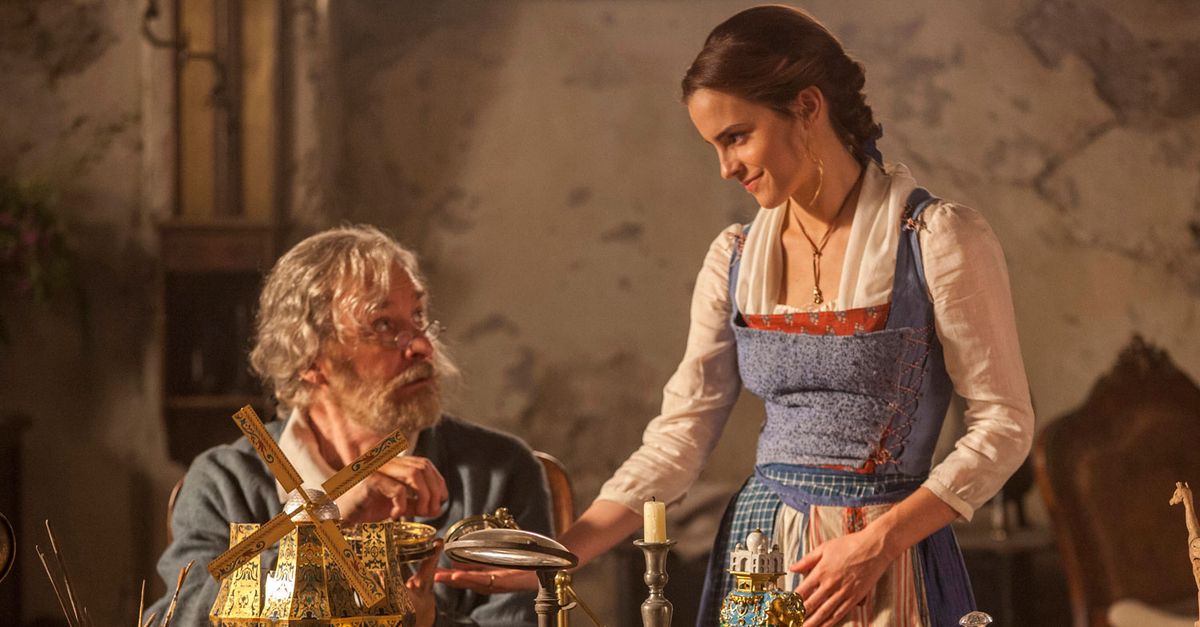 With the new live-action version of Beauty and the Beast skyrocketing to the top of the charts this week, I think it's time to address some discrepancies that those of us who grew up with the beloved animated version are finding unsettling.

Fair warning, there are spoilers ahead!

First; the beast sings? Outside of "Something There"? Yes, he does, and, as much as I love Matthew Crawley *cough* I mean, Dan Stevens, I don't know that it fits the character. The beast of the 1991 classic is stoic, tough, and certainly seemed to fair better against the wolves, overall. This new beast is more tender-hearted, perhaps more human? I hesitate to say, despite the vast difference from the original, that this beast better serves the purpose of the storyline! And who better than Dan Stevens to sway us to the side of a gentle, compassionate, and misunderstood man? Say what you'd like about "Evermore" on a musical level, but plot-wise, it's a win.

Did "Be Our Guest" seem to fall flat compared to the dancing plates of our childhood? Maybe a bit, but to be fair, the beautifully animated scene of the 1991 film isn't exactly an easy one to recreate in a live-action film. The music was excellent, Lumière was as delightful as ever, and the feather dusters certainly stole the show, so I can't really complain.

The enchanted rose lived up to any and all expectations, just like the true star of the show, Emma, herself. While I certainly recognized similarity of character between Belle and Emma's famed character, Hermione, Watson slipped into the role of 'Disney princess' beautifully. The new backstory the character gained seemed to meld with the classic plot extraordinarily well, despite time period discrepancies (plague? really?), and certainly added a more serious tone to the film.

The ending, though sweet, was surprising. The villagers who were run off in the previous scene return to the castle to reunite with their loved ones who they had forgotten about over the past years. (So basically all of the kind, accepting people happened to be working at the castle the day they were cursed and all of the close-minded, rude people happened to be home?) Most everyone seems overjoyed at the reunion, minus Cogsworth (who I can't blame).

Last, but certainly not least, Gaston and LeFou, though terrible, have to make you laugh, especially in the tavern. The two strike a note of homosexuality that was absent in the animated classic, but it's so subtle that very few even recognized it. Disney has yet to comment on this controversy. The portrayal of Gaston by Luke Evans is convincing and somewhat upstaged by Josh Gad's LeFou. Every once in a while, the classic fool is all-too reminiscent of his Frozen counterpart, and yet, it's a delightful similarity when it crops up.

All in all, the new Beauty and the Beast is completely and totally worth seeing and loving, despite the twinge of sadness you'll feel when the new film deviates from the classic. But, all of the favorite songs are present, all of the beloved characters are well portrayed, and the costuming is gorgeous!

Just can't get enough Beauty and the Beast? Check out this video: