We can't be great if we're immoral. 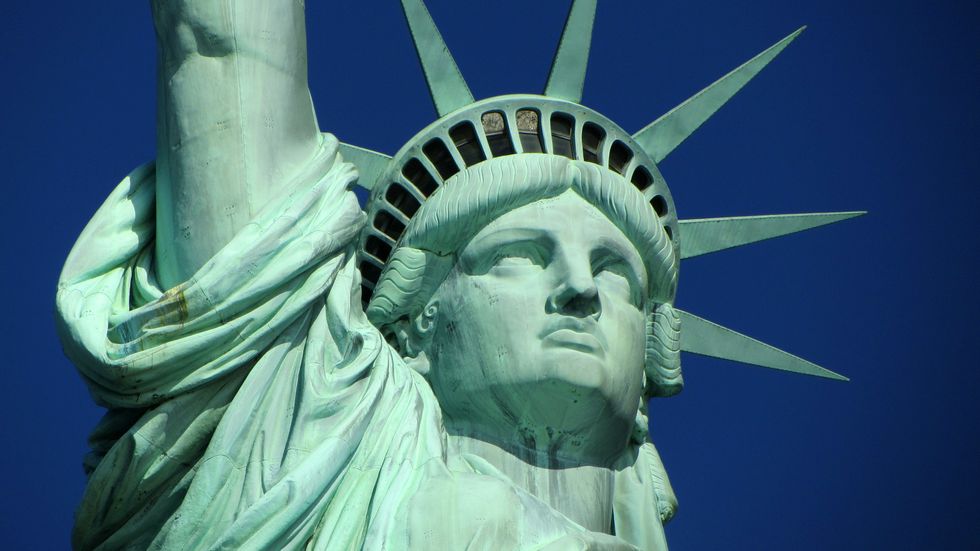 Children. Mothers. Fathers. People trying to find something better for themselves and their families. They travel miles and miles with little food, little sleep, and little shelter.

So what happened to these people when they arrived at this land? Were they welcomed with the open arms of Lady Liberty and Uncle Sam? Were they seen as the latest of millions of people who have come to America for a better life and a fresh start?

They were greeted instead with force. They were pushed away with tear gas. Their point of entry was sealed, lock and key kept just out of reach.

These people. who had risked so much and journeyed so far and come so close, found themselves locked out of the country that for so long welcomed people in.

How did we get to this point? How did a country founded by and built on the backs of immigrants come to see them as the "other", the subset of people not worthy of entry?

Many of us say we support legal immigration, but that people must come into the country legally if they want to come at all. Some of us scorn at the idea of others getting state benefits when traditional Americans are left homeless and hungry.

Some of us, too many of us, are racist and xenophobic.

And, it seems, far too many of us have lost our moral compass.

How many of us even a year ago would have turned away from the images of crying children with indifference?

How many Americans look at pictures of war-torn Middle Eastern countries and think something to the effect of, "oh those poor children"? How many people use those pictures to cast racist opinions and judgments on the individuals in those countries?

And yet, when there are crying children in cages within America's borders, and crying children with destitute parents just beyond her borders, so many of us turn the other cheek and blame their parents, or Mexico or some combination of both.

Because, it seems, America is more than willing to put the blame on others but far less willing to accept responsibility for its own actions.

America's involvement in regions around the world is complex at best. Its support of some governments or some rebel groups has in some part led to the unrest and devastation these same immigrants are fleeing from. We are partially responsible for causing the violence and corruption they are fleeing; we take no responsibility for our affairs when they go wrong.

And we take no responsibility when people arrive at our borders to claim asylum. Legally, they must present themselves at the United States in order to begin the asylum process. Morally, we should not mock those already suffering.

Lady Liberty once stood as a moral and physical reminder of America's place in the world. Near her is a plaque with a legendary inscription. It serves a call to the rest of the world, and it reads in part:

Give me your tired, your poor, Your huddled masses yearning to breathe free, The wretched refuse of your teeming shore. Send these, the homeless, tempest-tost to me, I lift my lamp beside the golden door!

This was once our moral code for welcoming people into the great country called America. It was once how most of us believed we should treat those who came seeking what we were lucky enough to be born into.

We lost that somewhere on the journey of deeply partisan politics and the resurgence of public demonstrations of racism and xenophobia. We need to get it back.

With all this talk of making America great, it is astonishing to me that we can remain so uncaring and cold. How are we great if we are immoral and lack empathy?

Let's worry about America being made great again after we focus on making her moral again.