Once you forgive those people, all the baggage that comes along with those people will be wiped and you will be able to move on. 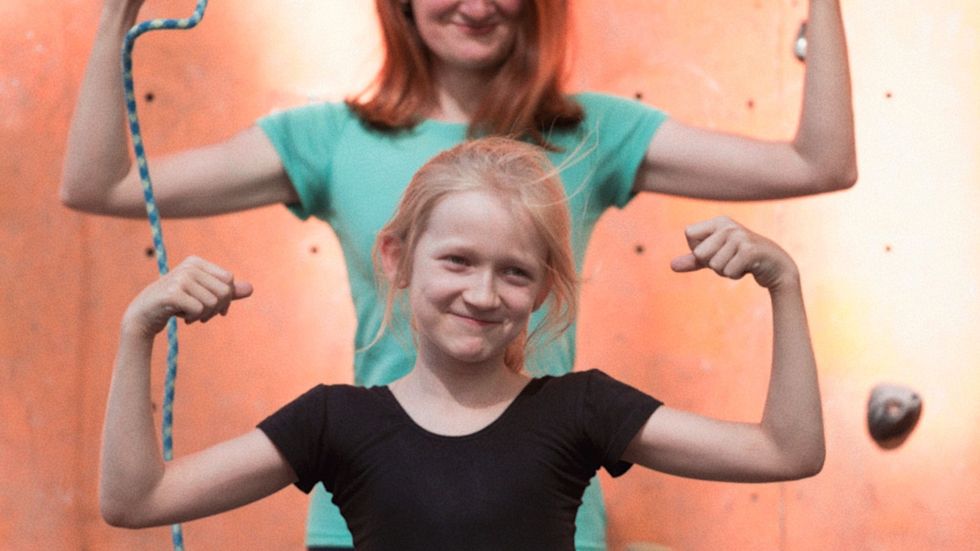 My parents' relationship is not so black and white like it used to be.

Once we moved back from Spain, the "vacation" ended and my dad's midlife crisis started. My dad started constantly trading in cars for newer models, buying guns, motorcycles, and anything to fulfill his "manly" needs. He started giving into his midlife crisis because he was not constantly needed at work anymore. This was the beginning of the end. Next thing you know, my dad also decided to cheat on my mom multiple times.

Long story short, my parents tried to work things out and it did not work out. Now, they live two separate lives in two separate houses but are still legally married.

Well, you are right. However, it has taught me many lessons about relationships, forgiveness, compassion, and some other pretty practical skills.

Look, some of my dad's actions may reflect poorly on him, but I still love him unconditionally and would not be who I am without him. I actually would have never gotten the opportunity to attend Rutgers University without him, and I am not sure if I would have been able to make it through my first semester without some of his wise words swirling through my mind.

However, I would not have peace with him if I had never forgiven him.

You may know the saying, "actions speak louder than words," but what people fail to address when they use it is their actions. In many instances, a partner uses this phrase against the other partner because they cheated and are profusely apologizing. What the accuser fails to realize is if they want to see change, they must take action themselves instead of continuously talking about it.

I am going to end this section with this, not only should you leave the people who bring toxicity in your life, but you should also forgive those same people. The reason I am saying this is that once you forgive those people, all the baggage that comes along with those people will be wiped and you will be able to move on.

Love is relentless and will never stop. I know this for a fact because no matter what my dad has put my mom through, she still loves him and always will. However, this does not mean they will ever get back together. It is quite the opposite because once my mom started loving herself more, she realized my parents' marriage not expected to last forever. However, she also realized that they had spent over 15 years together and sometimes people are better off just being friends or co-parenting.

Relationships are not always going to turn out the way you plan and can get messy, but once people have a bond strong enough to create a child, the love will never end but will manifest into something different and healthier.

Change can be a good thing

I remember when I was around 8-years-old, and my mom was driving me home, I asked her, "Will you and dad ever get divorced?" Of course, she laughed it off and promised that it would not happen. However, this was before my dad cheated multiple times and disregarded anyone else's feelings.

Once my dad moved out, my mom and I finally grew up and realized we did not need to depend on anyone and are independent women. Before this, my mom gave up the rest of her education and became a full-time house-wife, which meant she entirely depended on my dad. Now, my dad did not make her do any of these things, but her life solely revolved around attempting to make him happy and to make him stay. This meant she was limited to what she could do or buy. So, she lost her identity.

After realizing we were independent women, my mom figured out who her true self was and could express that in any way she wanted. She now does painting parties, makes crafts for around the house, and is the Director at her work.

After my dad moved in with his girlfriend, they brought my little sister into this world. My dad's girlfriend having a baby is a huge change, considering I had been an only child for the past 18 years of my life. I was angry at first, so mad I did not know if I even wanted to be apart of the baby's life. I realized I could never do that, and she needed a big sister.

Change helped me become a more forgiving person and, most importantly, an excellent big sister.

Speak up, but have common courtesy

Something I could shout of the rooftops is ALWAYS to express your feelings.

There have been many instances where my mom held her tongue because she did not want to upset whomever she was speaking to. On the other hand, my dad has never been the one to hold his tongue because his opinion will offend someone. The way each of my parents expresses their feelings has taught me to not only always speak up when I feel something is unjust, but to also be respectful.

There are many times you will hear or see an opinion you disagree with, and you should express your dissent to possibly shed light on information that was overlooked or to even give a different perspective. However, sometimes common courtesy seems to dissipate in debates on controversial topics, which causes dialogue to be nonexistent and for there to be no middle ground in any argument. You end up talking at each other instead of with each other. To take this idea that common courtesy plays a vital role when speaking up to another level, you can look at the United States's political system and the polarization between the two parties due to the lack of dialogue.

Now, go shout from the rooftops, but make sure to stay on topic by utilizing common courtesy.

childhood
Report this Content
This article has not been reviewed by Odyssey HQ and solely reflects the ideas and opinions of the creator.