Legend of Zelda Breath of the Wild Play Thoughts: Part 1
Odyssey
CurrentlySwoonLifestyleHealth & WellnessStudent LifeContent InspirationEntertainmentPolitics and ActivismSportsAdulting
About usAdvertiseTermsPrivacyDMCAContact us
® 2023 ODYSSEY
Welcome back
Sign in to comment to your favorite stories, participate in your community and interact with your friends
or
LOG IN WITH FACEBOOK
No account? Create one
Start writing a post
Lifestyle

Legend of Zelda Breath of the Wild Play Thoughts: Part 1

Week 1 Play Through Opinions for Breath of the Wild 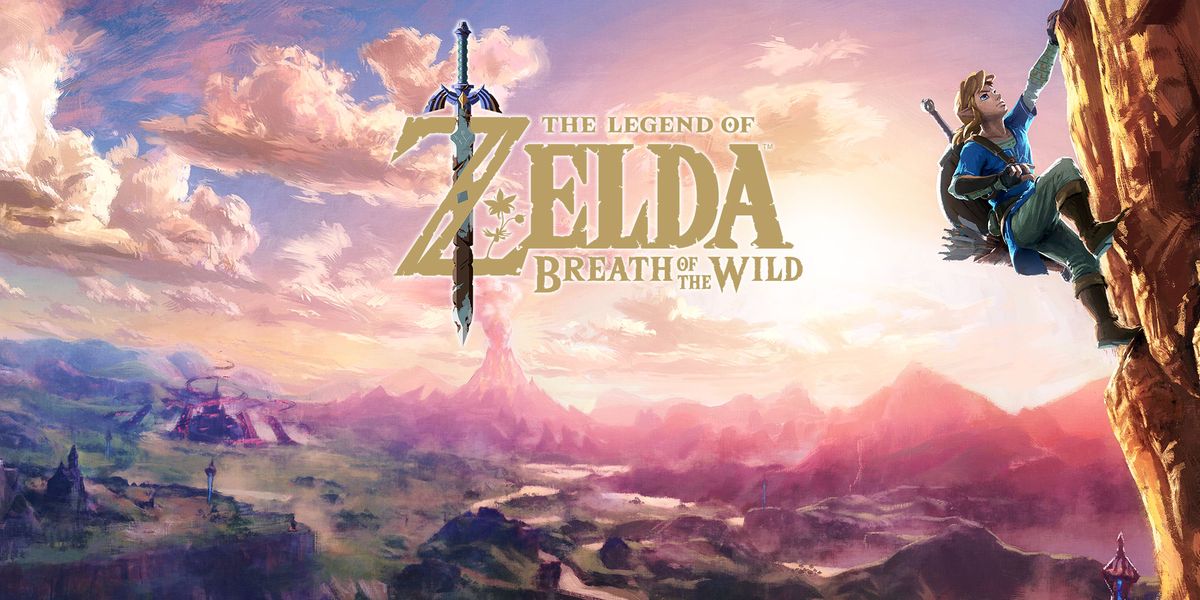 On March 3, 2017, Nintendo released the next iconic installment of the Legend of Zelda franchise, giving us another piece to the puzzle that is the history of Hyrule. I had to wait to get my copy of the fresh-off-the-disk game, but now that I have it, I have found it hard to stop playing it. In my near first week of having the game, I have formed some opinions about the start of the game until just gliding off the edge of the Great Plateau, and the following paragraphs cover my likes and dislikes of the game so far.

NOTE: There may be spoilers, but I can assure you'll I'll keep most of it clean. I haven't played enough to spoil much anyway.

1. This Game is BEAUTIFUL.

Admittedly, this seems a bit cliche. Near to all of the LoZ games have something special and beautiful about them; however, I place Breath of the Wild on the same level playing field as Ocarina of Time, Skyward Sword, and Wind Waker HD in terms of beauty and stunning display of color and scenery. This game has great tones of green, fantastic variations of flowers, incredibly textured trees, and fantastic displays of sunlight - varying by the time of day. The visuals in the game are phenomenal, especially that first panning shot of the Great Plateau which reintroduces the gamer to the land of Hyrule which are so familiar with. There are a few familiar scenes, such as the Temple of Time (shown above, partly) which overlooks the opening plain. It is a fantastic call-back to Ocarina and gives the knowledgeable gamer something to connect to the previous games.

2. Link Gets His Own Wii-U Game Pad

Pictured above is the first item a gamer receives in the game called the Sheikah Slate, and I was so shocked and humored when this thing popped up on my screen. It looks incredibly similar to a Wii-U game pad, and I had a little giggle about this. That being said, this thing is useful. It gives you the opportunity to view the world map, travel to different destinations in the Plateau, and it gives you special abilities necessary to the game play. This useful little gadget keeps up with your current objectives, showcases what you've completed, and tracks notes of previous objectives and what information was gained from Link's experiences in the world. Moreover, it lets you set pointers on the map so you know exactly which way to travel to reach your destination. At first, I thought this was going to be nothing more than something else I had to carry, but I was happily surprised when that was not the case.

3. Treat Yo'self to Some Food

Fun fact: Link can cook. So, this is a new and interesting add-in to the game. As Breath of the Wild is more of a free-roam type of game, the gamer may stumble across different vegetation which can be eaten, or cooked, to do things such as build stamina, increase health, and configure stealth to make Link absolutely silent. Sometimes, if you're lucky, you can cook up a treat and give it to someone for a special reward (*hint hint*). I haven't had the opportunity to experiment much, but I am looking forward to figuring out different recipe combinations which aid in the quest and enhance Link's abilities.

There are a few animals open for game in the Great Plateau. There are not too many (chances are this is setting the gamer up for the rest of the game), but there are wild boars and birds (at least, that's all I've run across). You can hunt these animals to get raw meat which can be used when cooking for more health or other enhancements.

Overall, the enemies I have run across have been familiar with a few special ones here and there. Bokoblins (as pictured above) are particularly overrunning the Great Plateau. Still, they are the similar enemies seen in LoZ games before. The weak are red with the wooden weapon or bow, and the blue are stronger with a sword and shield (which are useful to kill when you get the chance). There's not much new here, and that is something I like. I enjoy the familiarity.

Now, this was fun. The rock enemy came by complete surprise. I stumbled across that at the random and very quickly died, but the discovery was fun. The bottom picture shows something known as a Guardian. For most of the beginning play through, Guardians are desolate, broken down pieces of machinery, but the gamer will eventually stumble across a live one, and it can take some thought to figure out how to kill the thing. They're fun to fight, though.

This is the hardest and most frustrating thing to accept about the new game style Nintendo tried to introduce here. Instead of the perpetual existence of decent weapons, the gamer begins the game running through weak weapon after weak weapon, and every weapon will break after a mere few hits. No doubt the weapons get better (I've already stumbled across some better melee gear just off the Plateau), but that doesn't make the scavenging and fighting in the game any less annoying. Each weapon has a number in the bottom left on the power screen which showcases its damage limit, and for many melee weapons in the beginning, that number is frustratingly low. The one good thing about this is that you can harbor multiple weapons at once, and it is easy to justify dropping one to replace it with another.

So far, I am incredibly pleased with the game and the overall play through. The beauty and new elements definitely outweigh the breaking damage, and I am excited to see what the game has in store the more I play. It is beautiful, inventive, and very different from any LoZ before, and I am ready to play more.

I will be doing more parts for my thoughts the more I play the game, and we'll get to see if any of my opinions change within the coming weeks/months. I think it's doing to be a lot of fun.

Nicole Marie Nigro
Individual Creator
8320
c1.staticflickr.com
Where to start...... Let me start with the cliche that life throws us curveballs and what we do with it is what counts.