Making the most of every meal 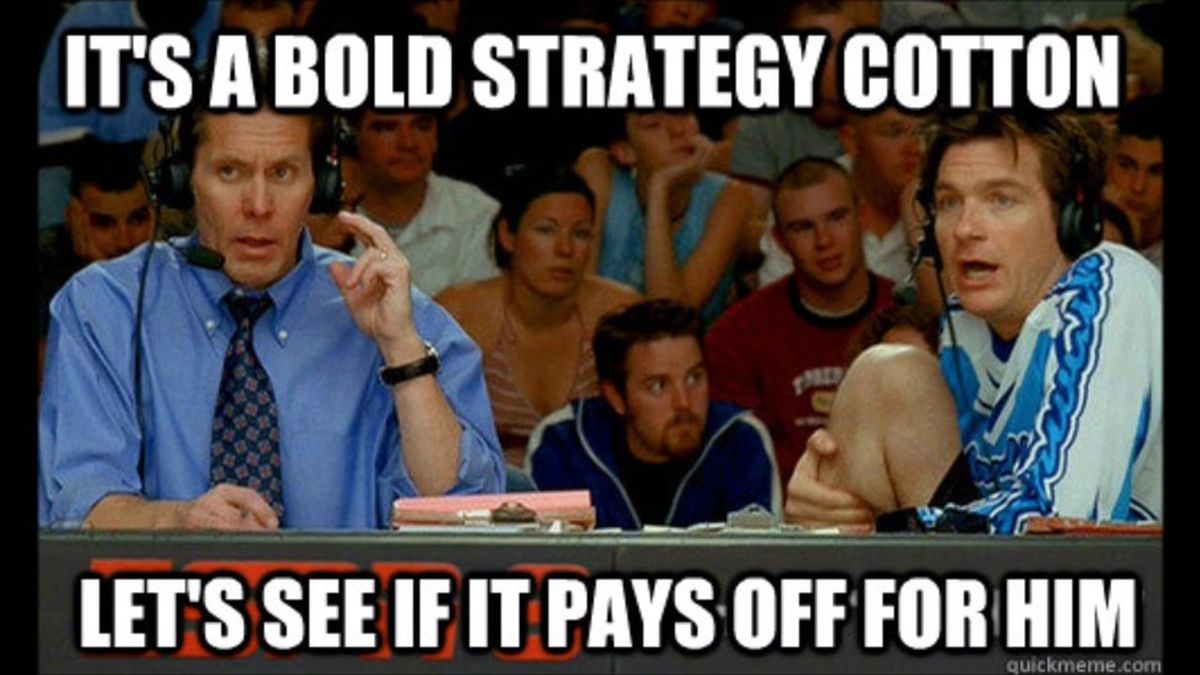 We all find ourselves in that position quite often. After a long day at the office, in class (or both), you need some food, except you don’t really feel like cooking. Most days, I drudge through my go-to “I’m too lazy to make dinner” repertoire of tacos, breakfast for dinner. or a frozen pizza. I love to cook, but most days, I just don’t have it in me.

Generally speaking, when I make food, I don’t really ever have a set plan in terms of how much to make. I just make whatever I have on hand (which is usually enough to feed a small village), and the rest goes into Tupperware to be consumed later. This process also lends itself to having lunch for days, sp I can't complain too much.Whenever I have tailgates or dinner parties, there are always ample leftovers that I either have people over to eat more, send them home with food, or stuff my fridge until it is about to pop. However it plays out, I find it comforting knowing I have it sitting in the refrigerator.

Leftovers are the lifeblood of work lunches and many dinners. I try to make Sunday my big meal day and cook for a few days. Planning for three or four extra meals helps a lot and assists in the “try not to get fat” department. Getting take out has a horrible cascading effect in life: you get fatter, while in turn you have to buy new clothing and have less money to spend on those student loans you seemingly never pay off. Although it does get a bit lonely when others go out to eat while I have my chicken sandwich, the costs of not spending money outweigh the ostracized feelings, at least around this time of year.

I honestly have no idea how people afford to go out to eat as much as they do. Much less how they do it on Valentine’s Day. I maybe go out once every week or maybe twice if I’m celebrating something, and it's usually to a cheap but delicious and fulfilling Mexican place. Every day, my group email sends out a restaurant where they order from... EVERY DAY!

How the hell do they afford to do this on a bank employee's salary? It astounds me people have the spare cash flow to spend $10-15 a day on lunch. Quite honestly, I’d feel guilty pissing away $200 a month, which equates to a robust grocery store visit or a loan payment, on what amounts to delicious, yet terrible-for-you, takeout.

As someone who is quite dedicated to leftovers, there are a few tips I picked up over the years...

How many times have you ordered a pizza and either passed out or went to bed for some reason before finishing it? Generally, I eat it cold because I love cold pizza, but if you have a cast iron pan (you should), heat it up, throw on your ‘za, sprinkle on a few drops of water and put a lid on it. It’ll steam the pizza and rehydrate the cheese.

Everyone knows day-old fries are gross, but go ahead and turn on that oven and bake them for 10 mins on 350.

Leftover Chinese? Some soy sauce or water will have that dried up rice heating up and make it almost as good as the day before (if you could ever call Chinese takeout "good").

Sometimes, saving half the burger you ordered for later is a wise move; you don’t have to feel like a pig for cleaning the plate, and you get a meal later. Whether its Thanksgiving food, leftover steak (I’ve eaten reheated steak with eggs so many times, I lost count), or pizza leftover from the night before, there is really no wrong way to do it.