I Left Organized Religion Behind And I Have No Regrets
Odyssey

I Left Organized Religion Behind And I Have No Regrets

As religion continued to be used as justification for manipulation and oppression, I began to realize that this was no longer a community I wanted to be associated with. 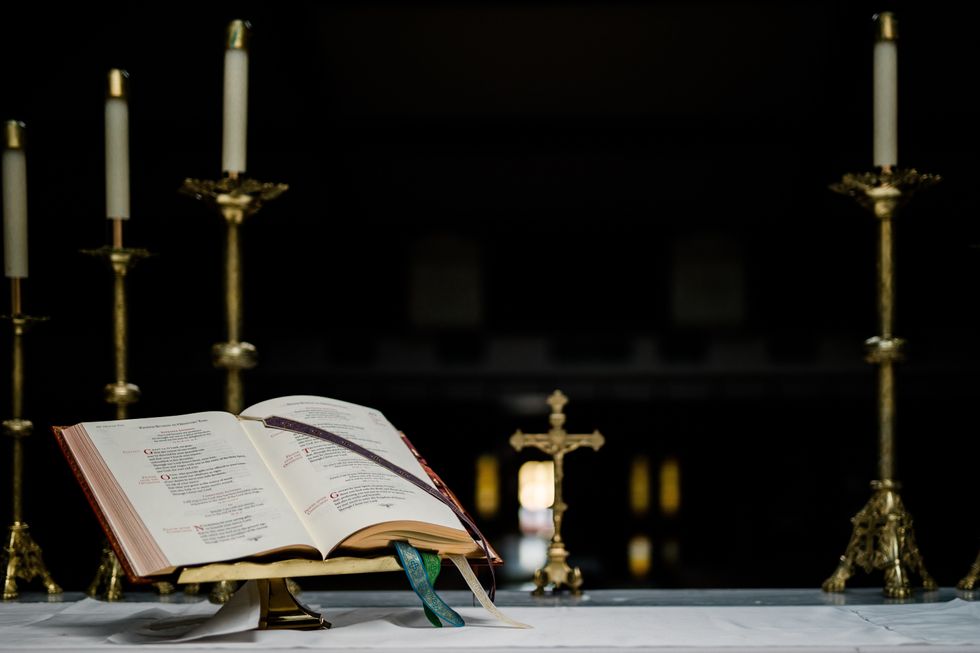 Growing up, I was super religious. Part of it had to do with my family and my parents' commitment to making religion a cornerstone in raising their kids but another part of it was something that I chose for myself.

Throughout middle school and into high school, I threw myself into involvement at my church: attending youth group meetings and retreats, participating in service activities, and even teaching religious education classes to younger children.

I attended Mass often multiple times each week, both during the school year as a Catholic school student and over the summer, when my mom would take us. Religion was a fundamental part of my upbringing and has had a significant impact on me becoming the person I am today, both for better and for worse.

The first signs for me that something wasn't right were feelings of confusion and guilt. As a young student transitioning between middle school and high school, I had a lot of questions. I was confused about why natural curiosity and adolescence were met with feelings of shame and guilt by religious leaders and mentors.

I didn't understand why dating and adolescence were such taboo topics; why I was told I shouldn't be an altar server at Mass anymore so as not to "distract the boys", and why I felt such a burning sense of shame every time I had to be closed in a little box with a priest and confess my "sins" to him, actions which, for anyone else, should have just been a natural part of growing up.

Natural young adult experiences such as keeping secrets from my parents and expressing curiosity in sex and dating (in thoughts, not actions), made me feel like I was a terrible person and that God was going to punish me; that my typical acts of young-teenaged rebellion were equivalent to major crimes.

This place that was once a comfortable, welcoming community for me started to feel more oppressive and judgmental the older I got. I continued to stay heavily involved in Youth Ministry and other religious activities but church became less about its teachings and more about a place where I could spend time with my friends.

For the time being, I was still comfortable being a member of this community, even if I didn't understand or agree with everything it taught and with how these teachings made me feel about myself.

My next sign of conflict in my experience with religion was its attitude towards people of different demographics. My first exposure to this was in 2012 when gay marriage was legalized. This has only worsened since then, especially surrounding the 2016 election.

The things that I read and heard my religious friends say and the difficulty I watched my LGBTQ+ friends suffer was incredibly confusing for me. Were we not supposed to love one another? Weren't all people supposed to be welcome here?

This summer's exposure of horrific sexual abuse at the hands of clergy members did not come as a shock to me. In a church that makes its own rules and has no accountability to anyone but themselves, why wouldn't terrible people be able to get away with crimes against humanity? When your power dynamic makes your victims too scared to speak up, of course, you're going to get away with your behavior... for a while at least.

The hypocrisy, the picking and choosing of religious passages to support or dismiss people with conflicting viewpoints, and the unwillingness to be more openminded left me perplexed and frustrated.

Luckily, in having conversations with people who thought differently, I was able to find a happy medium: a world in which I could believe in the rights of individuals regardless of their background and I could continue to believe in this God and the church's teachings. Again, I was comfortable, for the time being.

As time continued to pass, as high school wrapped up and I moved on to college, as religion continued to be used as justification for manipulation and oppression, I began to realize that this was no longer a community I wanted to be associated with.

My love for all people and my passion for social justice were established for me by religion, and I will forever be grateful for it, as these remain a fundamental aspect of my character today. However, I feel as though leaving religion behind has developed them even more.

Rather than think and pray for someone, I'm inspired to do something.

Rather than approaching life with an "everyone welcome here (some conditions apply)" mentality, I learned to truly value and cherish human diversity and the differences we all have to offer.

Rather than helping raise millions of dollars to reconstruct a church that's in perfect condition, I'd rather donate my money and my time to actually help people in need.

I do not hate religious people. I do not believe that they are all bigoted or closed-minded or oppressive. I also do not hate religion. I feel as though it has a number of problems that it needs to work through and that it has strayed incredibly far from its originally intended purpose. Religion has become less about believing in a pre-existing spiritual being and more about inserting our own biases and values into our fabrication of God. It's not something I want to be a part of.

Unless there is accountability, room for evaluation and growth, and a true shift to put love, kindness, and real values at the forefront of religious activity, there is no place in my life for organized religion. Whether it improves and I come back to it or not, I truly don't care. I don't, realistically, see religion becoming an institution that will put morals over personal gain and that will suffer at its own expense to truly align itself with what it means to live a good life, a life truly as a follower of Christ, not as a follower of this 21st century right-wing, conservative, "Christian" movement.

I do not plan on raising my children religious. I will teach them right from wrong, establish a strong moral code and a passion for serving others in them, but ultimately I will leave the decisions regarding God and church for them to choose for themselves. Religion was forced on me and through a process of self-growth and critical thinking, I was able to move out from under it.

No matter where you are in your spirituality, do some digging. Decide for yourself, not what others have decided for you, if what you've been taught is what you truly believe. If it is, great! I'm happy for you. Keep doing what you're doing but be open to looking inward with critical thought if conflicting information presents itself. If you find discrepancies and things that make you not just uncomfortable, but that you truly cannot justify your support for, start exploring. Ask the hard questions. Do the research. Be comfortable being uncomfortable and not being in a setting where you feel like you belong all the time. Find what you truly believe for yourself and what's important to you. I promise you will not regret it.