Reflecting upon a summer spent in places of learning. 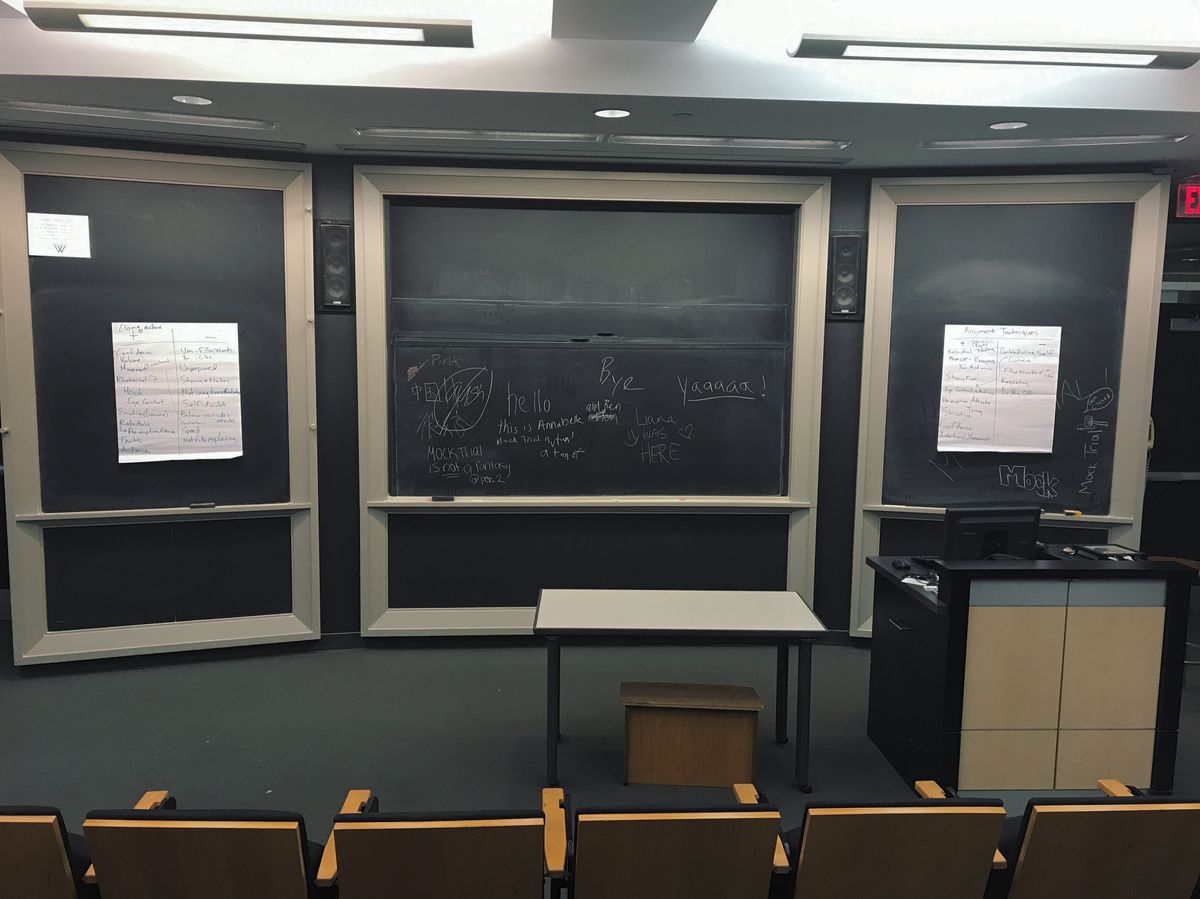 When I think back to the end of last semester, my head is filled with memories of studying around library tables, writing papers, reading books, and not much else. Justifiably, as soon as finals week ended I fled campus as if it were the scene of a crime and trekked down the East coast to Myrtle Beach, a place as far removed from an academic environment as possible. Mission accomplished, I guess, escaping the drudgery of finals and school, but as I reflect back on my post-Myrtle summer, I realize that it was largely spent in places of learning. I spent 7 weeks inhabiting the Wellesley College campus while working for Exploration School (Explo for short), teaching in a lecture hall while I was there, and then spent 30 hours in Taos Middle School, observing classes in session. Now that I’m back at Colgate, my most familiar place of learning, after having spent my summer cheating on its dorms, classrooms, and lecture halls with those of other schools, I find that I have a different perspective to bring to the classroom.

At Taos Middle School, a young girl approached me first asking if I were their substitute teacher, and upon learning that I was not asked if I were a high school student. I informed her that I was a college student, and she said, “Oh, so you just take notes.” I’m unsure whether she was referring to my role in her classroom as an observer or to my life as a college student, but this question was particularly striking as another student with her simultaneously asked, “Is college fun?” I answered both of them with a "yes" but immediately found myself thinking back to my late library nights churning through pages of notes, and found my answers contradictory.

Yet, after this summer, I honestly believe that places of learning can and should be fun spaces. Combating that seemingly contradictory claim was a stated goal at Explo, and the process of doing so was called “explocizing” whatever lesson or activity was the target. In the spirit of explocizing fall semester, I feel as though I can apply my experience in learning spaces this summer to my future experiences in the classroom now that I’m back at Colgate. Don’t get me wrong- I have enjoyed my classes at Colgate in the past, but because my first association with places of learning at college is late nights taking notes, I know things could be better.

First off, it goes without saying that I can’t just stop taking notes at college. I also can’t magically make note-taking an inherently enjoyable process. Instead, I think I can switch my conception of notes from a necessary evil to an action step. At Explo, I taught Mock Trial which ambitiously demands that students be able to perform a trial after 2.5 weeks. As a result, the students had a lot of days that were work-intensive, which included note-taking. I feared that students would find the note-taking boring or tedious, but was surprised to see that they were actually incredibly engaged. I realized that so long as the somewhat tedious work is necessary and brings students closer to a goal that they themselves are passionate about, note-taking doesn’t have to contradict the idea of a learning space being fun.

At Explo, I also faced the challenge of changing the perception of a lecture hall from that of a room in which one should merely absorb whatever is being presented from the front of a room to that of a room in which one can create and collaborate. Surely not lecturing, or not relying on lecturing, was a good place to start, but the environment of the room wasn’t truly fun until student participation became the focal point of each lesson or activity.

The quality of student participation also relates to making the learning space fun, and merely having students raise their hand and provide a right answer is setting the bar really low. Student participation is much more dynamic when students feel as though they can exercise or share their identity in class. Observing English Language Learners at Taos Middle School, I found they were most engaged when they were able to expand their normal range of opportunities in a classroom. Whether that meant they were allowed to express an answer in Spanish instead of English, or were allowed to eat food that has cultural significance, they were much more alive than they were in classrooms without a bilingual accommodation. At Explo, with classes full of students from all over the world, I found that students were always eager to share personal stories and relate them to the class, and that this also helped make the class a more fun space to occupy for 75 minutes a day.

It’s also important to recognize that places of learning are not limited to classrooms, and I’d like to specifically qualify dorms as such. As an RA for living groups of 22 diverse 14-year-old girls at a time, I could constantly see girls learning from each other on the hall. Just as I’m sure they didn’t realize it, I’m sure that many college students don’t realize what an opportunity they have to learn from those that live around them, but it’s still a possibility. Even living in an apartment as I am this semester, there is much to learn both about apartment life and about the community of people in the apartments whose paths cross on the literal paths outside our front doors.

None of what I’ve observed or experienced involves changing learning spaces as they are- it just involves changing one’s mindset and engagement when in various learning spaces, and I think this is something I can employ this fall, even from the role of a student in a classroom. Be it establishing goals I can be passionate about, participating more in classes, allowing my identity to display prominently, or re-thinking what I consider to be places of learning, I think these small adjustments will cause my first association with learning spaces at Colgate to shift and be overwhelmingly positive.

The Ultimate, Honest Ranking of Every Dorm On Boston University's Campus