What I Learned While Working In Alaska
Odyssey

What I Learned While Working In Alaska

I learned to forget the stench of fish and live in the moment. 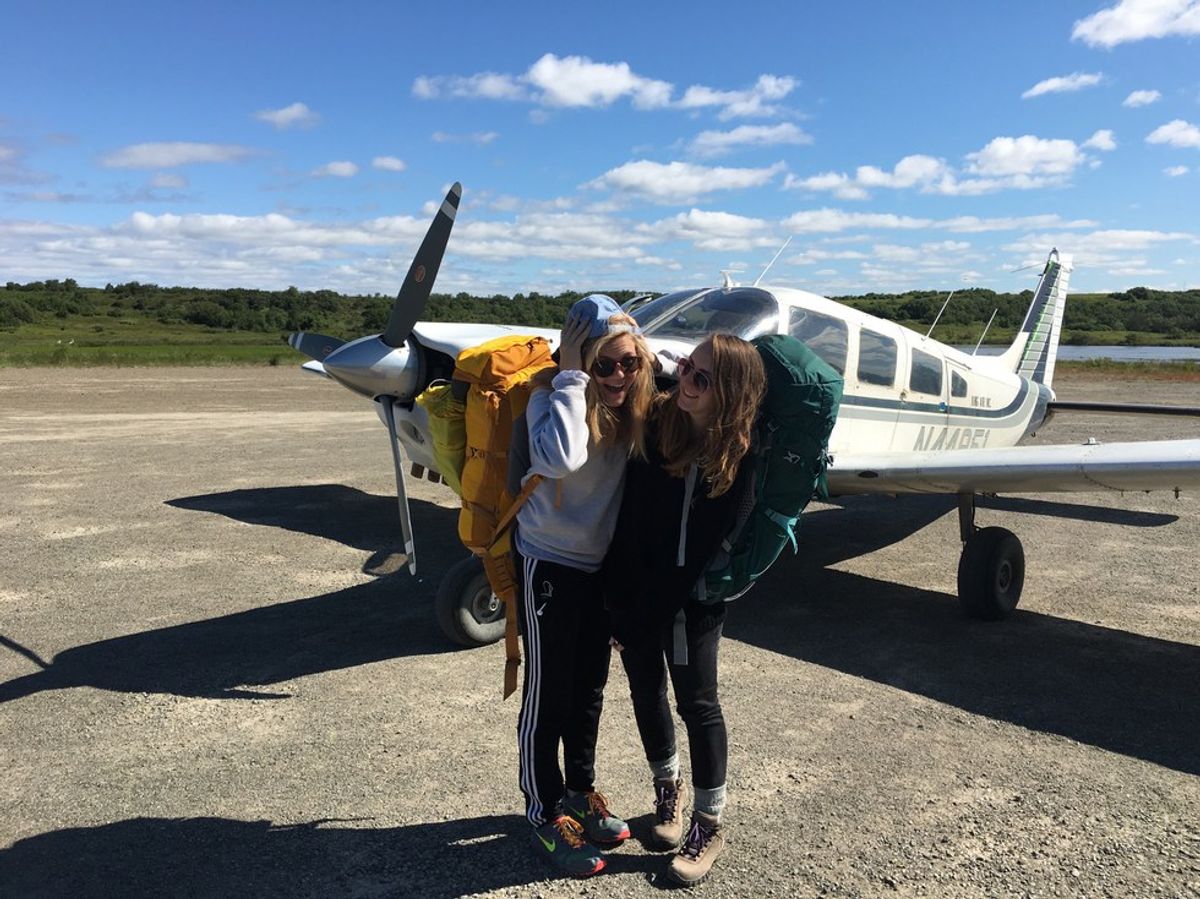 I lived in the Blue House. Room #12. Anyone not from there would have called it something else. A shack might have even been too polite a name for it. But I called the Blue House home. Nestled in a bunk raised by two by fours etched in graffiti and bound by four walls of plywood, I found myself oddly appreciative of the world.

On either side of the Blue House I found the beauty of the earth. Out my door was a marsh of tundra. Here I would be awakened by the shrill excitement of my neighbors with the sight of a bear and her cubs or delighted by the purest of sunrises or bewildered by a perfect circle of a rainbow painted on clear blue skies after the grayest of storms.

And then there was the other side of the bunkhouse. Here I found the ocean filled with strong salmon or covered in the golden and rose rays of sunset or sometimes no water in sight only miles worth of the ocean floor empty for my eyes to see and my feet to touch, tide pulled to the sky.

I knew that some had been working in processing factories for years so that they could live in the United States. I knew that some had been to prison, some had lost children, some were addicted to drugs, some needing of love. And I lived with them and I cried with them. And here we were all so different, but we managed to find each other in such an unlikely place, we had one odd thing in common. And we were friends.

I learned to appreciate intergenerational relationships. I learned the importance of friendship and mentorship with those not my age. And I learned to begin to listen to understand.

And I worked hard, harder than I have ever worked. I fell in love with hard work, manual labor. For 35 of the 46 days I lived in Egegik I worked about 16 hours a day. And the 9 other days, I worked about 8 hours a day. I gutted salmon, I cleaned salmon, I sorted salmon, I packaged salmon. 10 million salmon passed my fingertips. And when I wasn’t handling salmon, I was eating salmon, dreaming salmon. But every once and a while, I managed to escape the salmon. Even if only for a few minutes between meals, in the sight of the sunrise or a conversation with a friend or the comfort of coconut macaroons and bitter coffee or a warm shower or bed after a long day of standing, I found freedom and peace.

Caitlin Marie Grimes
University of South Florida
10289
Beyond The States