3 Powerful Life Lessons I Learned In Pageantry
Odyssey
CurrentlySwoonLifestyleHealth & WellnessStudent LifeContent InspirationEntertainmentPolitics and ActivismSportsAdulting
About usAdvertiseTermsPrivacyDMCAContact us
® 2023 ODYSSEY
Welcome back
Sign in to comment to your favorite stories, participate in your community and interact with your friends
or
LOG IN WITH FACEBOOK
No account? Create one
Start writing a post
Lifestyle

How being a pageant girl grew me as a woman. 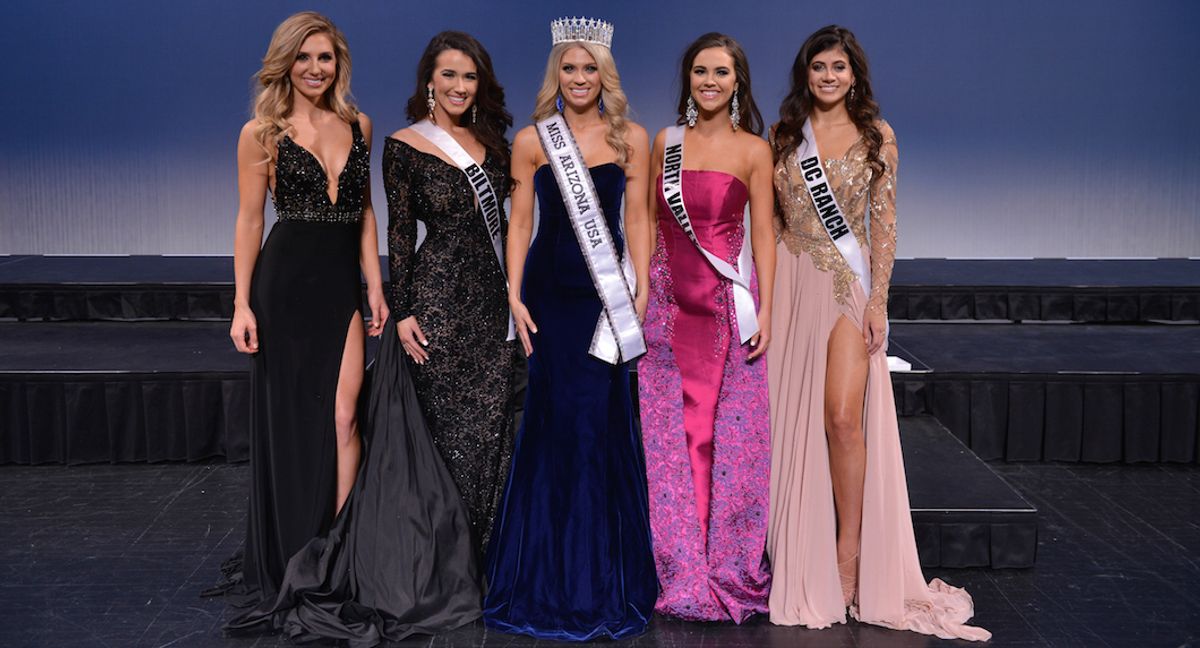 Competing in pageants has helped shape me as a young woman throughout my college career, and it has enabled me to grow stronger in my faith as a Daughter of the King. The reason why I am so eager to share my heart in this area of my life is that I hope you can walk away feeling inspired with any field and dream you are choosing to pursue.

In participating in both the Miss USA and Miss America Organizations, these programs have allowed me to be in the presence of powerful women who desire to better themselves and their communities, and they are using a crown to do the job. Whether you are involved in pageantry, are pursuing entrepreneurship, or simply taking a step out of your comfort zone, I hope these three life lessons will help you along the way.

1. Inspiration will take you farther than comparison ever will.

It will drag you down and keep you there with its lies and self-pity, forcing you to think about what you are not when you should be focusing on who you ARE. God has created me, as He has created YOU, unlike anyone else on this earth because HIS will has designed a calling that requires every detail of what He has given us individually, internally and externally. Comparison will only distract us from the direction He is calling us to walk toward.

I asked God to help me become inspired, not intimidated, by the successes of women around me. I found there is priceless value in looking up to women who have succeeded in areas I sought to be successful in. I began to take note of their success, and the strategies they applied to get to that point.

There is no greater feeling than being inspired by an individual who chooses to rise above the status quo. If you are seeking success in any arena of life, surrounding yourself with the words, excellence, and work ethic of those who have been where you want to be is an essential aspect of success.

The women I have looked up to in the pageant world are incredibly powerful, driven individuals who are too busy cheering on their sister to compare themselves to her. They are women who are so focused on building and improving themselves, that they have zero time, energy, or patience for jealousy.

I have learned to focus on who God has made me be, and how I can be the best version of myself every day. My heart is for you to feel that same way too, to reach for your own stars instead of comparing yours to someone else’s. Inspiration will take you farther than comparison ever will.

2. Opinions can only take effect with your permission.

Here’s the deal, opinions ONLY have power when you allow them to.

This is something I had to discover through the cloud of negativity that I often encountered as a Christian woman involved in pageantry. Probably one of the most powerful lessons I learned was to let go and let God defend me as He promises to do in His word (Psalms 91:1).

While I absolutely love discussing my God-given passion for women’s ministry in pageants, there have been plenty of times I have encountered judgmental criticism expressed for the sole sake of negativity. There were times when I received snarky commentary, felt belittled, judged, and stereotyped. I finally had to come to terms with the fact that not everyone will see, or will want to see these dreams the same way I do, and that’s okay.

I learned to laugh and roll with humorous comments about pageant stereotypes (World Peace Y’all, and yes for the record I do like my hair so high that the angels can smell my hairspray) because to me it became an opportunity to break the negative stigmas that can be associated with pageants (that will be a different article for a different time).

I allowed the negativity I encountered to help shape me in a positive manner. Instead of feeling offended or hurt that I was being judged off the bat for being a “pageant girl” I found more confidence in being content with myself and what I was working toward regardless of the criticism.

Ultimately, this is a dream the Lord gave me, a passion, and vision that I see. I have learned that if an individual chooses to vocalize negativity, to just bless them and move on. There will always be criticism when you are working toward a goal, however, it is your choice to become bitter or to better yourself because of it. Always choose to forgive and to better yourself.

3. God will use the most unexpected platform for His most prominent ministry.

This is probably the most powerful lesson I learned overall. As I stated earlier, I have encountered views of all kinds when the conversation would come up of me being a Christian woman running in a program that scores its contestants based on performance, presentation, and physical fitness. I do look forward to going more in depth on this subject at a later time because there is so much to unpack here.

However, for right now I will say that my experiences in the pageant world have been nothing less than God-driven, and every single bit of what I have brought on stage has been used for His glory, and to honor Him. I have, on multiple occasions, had the opportunity to share the empowering and powerful love of Jesus Christ with women who do not know Him, or have a misconception of Him.

Some of my most cherished memories in pageants are the times our squad got together and prayed before going on stage in the Miss Arizona USA 2017 and 2018. I have had the opportunity to speak the light and liberating truth of the gospel to women who are walking in a field that often gets overlooked and judgmentally stereotyped by society, and sometimes other Christians.

Why wouldn’t I take Jesus here? If I have the chance to bring the freedom ringing love of Jesus Christ to a platform that gets massively overlooked because of misconception, why on earth wouldn’t I? Never allow someone else’s lack of affirmation dictate where you know God has called you to, whether that is a pageant platform, a business opportunity, a mission field, or a pulpit.

Never allow a religious spirit to taint what God has ordained for you, because I promise that if you are walking in full obedience in accordance with His word, you will hear loud and clear where He wants to take you, He will open up doors that no man can shut (Revelation 3:8), and His blessing will overwhelm you.

I can in full confidence say that God has called me into the pageant world to use me there, to speak into fellow sisters in His beauty and freedom that counteracts a society that thrives on insecurity and internal conflict. And if I win a competition? Well, I will be bringing His truth and love wherever I go. When you choose to walk in a faith-filled life, God will often call you into the unexpected in order to use you for the unimaginable. Where is He calling you?