Leadership In The Theaters: "Don't Breathe"

Taking leadership classes has forced me to look for leadership everywhere I go. 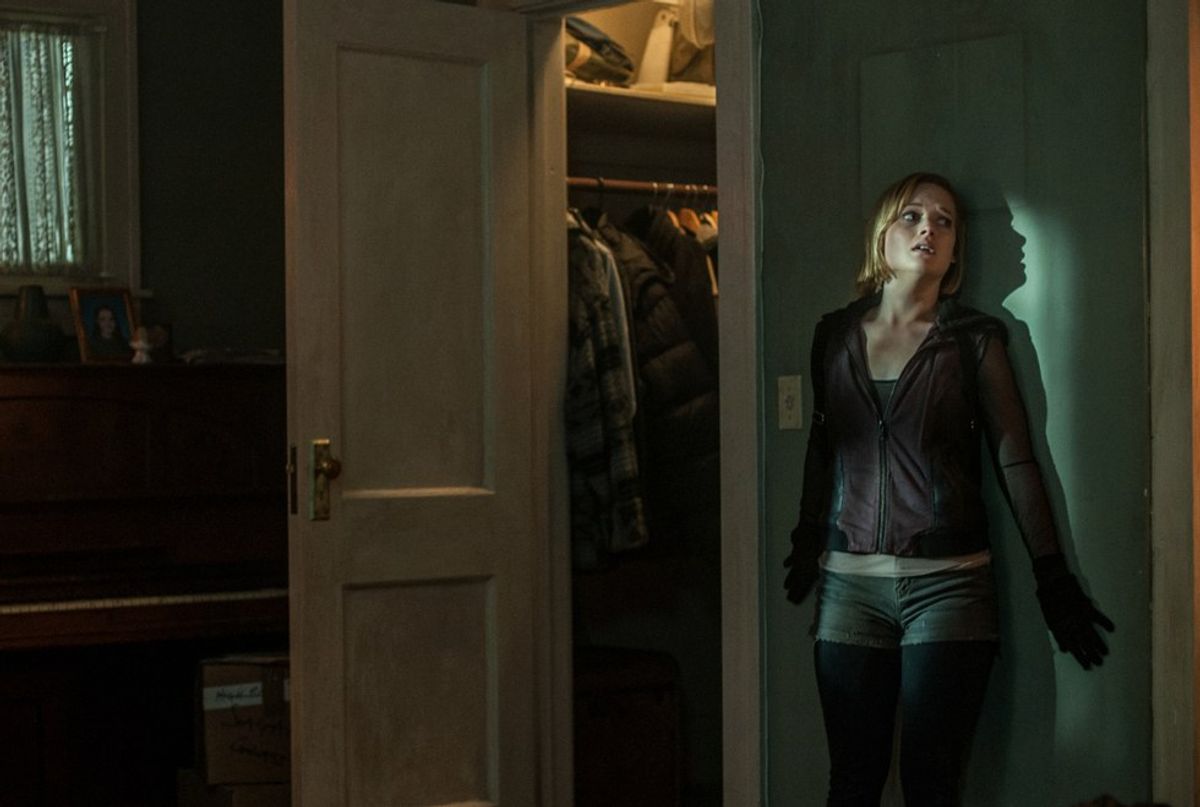 As a student taking leadership classes at the University of Richmond, my brain has been engrained to find leadership qualities in every scenario, situation, movie, theatre production, etc. Therefore, when I saw the movie Don't Breathe at the movie theater the other day, I couldn't help but analyze leadership within the film: Did the leader exhibit successful or failed leadership? Why are the leaders in the movie seen as leaders?

Don't Breathe is about three thieves from Detroit, Rocky, Alex, and Money, who decide to break in to a house that is sitting on thousands of dollars. The owner of this house happens to be a blind veteran. Despite the guilt that the three characters should have been feeling about robbing a blind man that fought for their country, they agreed to carry out the burglary, assuming he was an easy target. To their surprise, their victim successfully locks them in the house and kills two of the thieves, even with no vision at all. Throughout the panic, two forms of leadership ensue.

Money, performed by Daniel Zovatto, is your typical rebellious young adult. He has tattoos, piercings, and wears baggy clothing. Whenever the camera rests on him, the lighting is typically dark and dusky. He fits the criteria of a modern leader with bad intentions, directing his followers into wrong. As their leader, Money is responsible for reporting back to their overall “boss” that pays the three thieves for the items that they steal in their robberies.

The boss tells Money of the blind man and his fortune, encouraging him to gather his team to rob the veteran while also promising him a small stipend. Leading Alex and Rocky into the house, they split up to search for the money and later reconvene because the fortune is no where to be found. While they are together, the blind man appears having heard ruckus from the comfort of his bed. As the leader, Money decides to come clean and, being the rebellious, no-good man he is, pulls a gun on the blind man. Out of annoyance for the intrusion and in defense, the blind man wrestles Money for the gun, succeeds, and shoots Money dead. In recent movies, I have found that main characters, especially heroes and supposed leaders, are not destined with a happy ending. Hollywood attracts audiences with unexpected plot twists such as this.

After seeing this movie, I pondered on why we consider characters like Money to be leaders. I assume due to his fearlessness, his bold manner, and his recklessness. Sure, we look to fearless leaders to guide us through struggle and strife, but is it right to look to these leaders if the path that they lay for us is the path to evil or wrongdoing? Be that as it may, when the initial leader dies, resigns, or disappears in a production, a new leader is bound to step forward. In this case, our arising leader is Alex.

Alex, performed by Dylan Minnette, is shy and conservative. As in any typical Hollywood production, the quieter character always overcomes the obnoxious one, therefore it was clear that Alex would eventually overthrow Money. Alex loves Rocky, the female lead played by Jane Levy, from afar, being too nervous to ever admit his feelings for her. Therefore, when their leader is killed and they are trapped in the blind man’s house, Alex knows it is up to him to stand up to the challenge and lead himself and Rocky to safety. The two are faced with endless struggle: physical attacks by the blind man, falling through floorboards, getting tied up, being shot. They begin to question whether or not they will make it out of the house alive. Alas, being a leader comes with responsibilities, and in this case it is risking your life for the sake of others. Alex devises a plan to get Rocky out of the house unharmed, but he will have to endanger his own life in order to do so. As a result, Alex is killed, and Rocky eventually escapes, all according to plan.

Alex is an example of a leader that viewers enjoy surveying. He has good intentions, puts others before himself, and when faced with right and wrong, always chooses right. When Alex is seen on camera, his outfit is always very put together, even during the grapples he endures. He also seems very clean throughout the movie until the very end when he is shot and bleeds to death. These aspects of being put together along with uniform cleanliness make it clear that the director of the movie truly wants the audience to idolize Alex.

When analyzing the leadership tactics between Money and Alex, Alex is undeniably a more respected and superior leader. Money leads his followers into danger out of greed, risking their lives for his own wealth. He also treats Alex and Rocky with disrespect. In the Leadership Studies classes I have taken at the University of Richmond, I have been taught over and over again that a leader truly cares for the people and puts their needs before his or her own. If you are elected to represent an organization or group of people, they are your responsibility and come first. Jeopardizing their safety is positively not an option. Alex exemplifies this trait by imperiling his own safety for the sake of someone else’s. All romantic feelings set aside, he does care for Rocky and truly wants her to survive, even if it means he will not.

Don’t Breathe teaches its viewers what a leader is by modeling exactly what a leader is not. I find this to be a very effective strategy. It is very easy to drill into someone’s brain the qualities of an efficient leader, but it is also important to be aware of the characteristics or actions that can allow a leader to lose his or her credibility. Comparing and contrasting two leaders makes it easier to understand what a good leader is and what it is not. This movie in particular has the perfect characters to do this with. When you find yourself evaluating different leaders, you must ask yourself, “Who would you rather have as a leader?” “Who best represents you?” and “Who would you trust to successfully lead you in difficulty?”

Kassie Hsu
Baylor University
179
Panda Whale
Here are 100 things I'd rather to than study. I know the semester just started, but
Featured