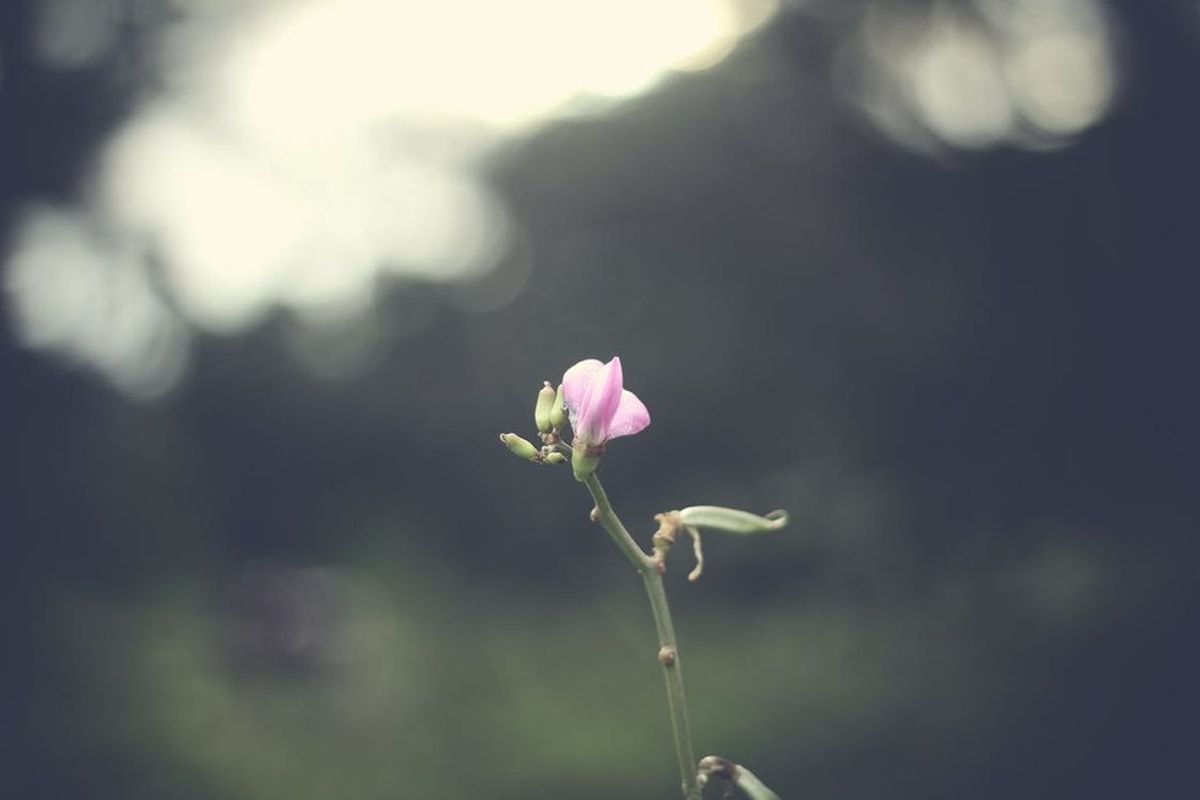 When I was ten years old, I had my first crush - Nat Wolff. I was terrified to tell my parents. My parents always said "no boys for Kellie" as I aged, merely giving in to the silly joke that boys have cooties. I eventually told them about my crush, thinking that maybe boys could be a thing for Kellie. Little did I know that this thought would be an idea I would be pondering for years.

A few years after accepting my first crush, I promoted from elementary school and entered middle school. This new grade gave me my first glimpse at the "importance" of popularity. As I walked the halls in my Aeropostale graphic Tee, bermuda shorts, and green eyeshadow, it became clear that my fashion sense was not up to par with the rest of the girls'. The "popular" girls strutted down the halls in their Abercrombie cami's (either in grey, pink, navy, olive green, or white). Their skinny jeans always sucked on to their legs just a little too tight. And their makeup was just flawless.

The deeper I got into middle school, the more I realized how different I was from my peers. I spent many lunches in classrooms, studying my brains out to get straight As while everyone else was listening to "Kiss Me Thru the Phone" on repeat. When all of the girls excitedly talked about going on their first dates or getting their first kisses, I excitedly talked about the release of Tangled in theaters. I got picked on for being interested in something so "childish." I didn't think Disney was childish like them because, after all, weren't we all children?

I guess my "childish" ways impacted my reputation in middle school. The cool kids never wanted to associate with me. I never got asked to those dumb Aloha or Western dances, leaving me to go with my group of friends. Looking back, I'm glad I got to spend those nights with my best friends, but 7th or 8th grade me would beg to differ. As I watched girls slow dance with their dream guy, I ate Cheetos at the snack table. Or I might not have gone to the dance at all. Knowing me, I was probably studying for an American History test on Friday night, or getting ahead on an English Paper.

When middle school came to an end, I figured it just wasn't my time yet. No big deal. Though I got better at my makeup skills and became less awkward, I still found myself not in the "it" crowd in high school. I wasn't in the group of girls who always got asked to homecoming with a huge bouquet of red roses by the most attractive boys in our grade. I wasn't the girl who got invited to parties (unless they were Company cast parties, which were amazing). I wasn't the girl that wore some boy's football jersey at home games. I wasn't the sports star or the class clown. Most of all, I wasn't the girl boys paid attention to, once again.

As I got more involved in my studies and Company, my concern over boys faded. I didn't really care about them anymore because they weren't a priority to me. But society had a funny way of coming back around again and making me think they were.

A "friend" of mine laughed at me for never being kissed at the age of sixteen. To her, this was a rite of passage, and the fact that I hadn't experienced it at my age was such a shock. After hearing about my friends and their first kisses, dates, boyfriends, etc., I became shocked too.

I remember crying to my high school's counselor about this concern. Was I doing something wrong? Did my old soul ways turn boys away? Was I weird? ugly? Though she reassured me that nothing was wrong with me, society still made me feel like something was.

When senior year rolled around, I couldn't believe my eyes. My life had become a high school comedic film. Throughout the four years, I got bailed on for a date (twice), rejected by several guys (while all of my other friends seemed to magically get the ones they wanted), and failed to go to a dance with a crush. The fact that no one asked me to senior ball crushed my heart. This kind of thing only happens in movies, right? Not to me? Nope, yes to me.

I questioned God's plan for me. Why did He allow others to have these magical relationships, while I remained single as can be? Why did I have to keep waiting?

After going on Kairos senior year, I received some answers to those questions. Kairos is a three day, spiritual retreat that students attending Catholic high schools can experience. During this trip, my friend Ella told me something that stuck to me - "The amount of boyfriends you have does not define your worth."

Ella's quote cracked my soul. After hearing this, I realized that I needed to stop running in the race for love. It doesn't matter if I'm not "caught up" with the rest of my peers. Just because I haven't experienced certain things, it doesn't make me any less of a woman.

As I entered college, I stopped caring about what other people thought about me. I stopped worrying about being like everyone else. I stopped trying to be popular. I started embracing me for who I am. By accepting the that I'm still a child at heart, I love goofing off with my friends, and that I'm old fashioned, I've found so many people that are just like me. And I'm so proud of the qualities God has helped me love about myself through these wonderful friends.

No, I still haven't found Mr. Right. And I don't know when I will. But when the timing is right, he'll be here.

So to those who are still waiting around, who are not caught up to society's standards, or who are just trying to figure out themselves, don't worry. There's nothing wrong with being a late bloomer. You're time is coming, so stop running in the race with everyone else, and start walking at your own pace. To quote my favorite movie, "You gotta go your own way, and you my friend are going your own way" - The Way Way Back

All gifs are from http://giphy.com