Politics and Performance do not go Together. 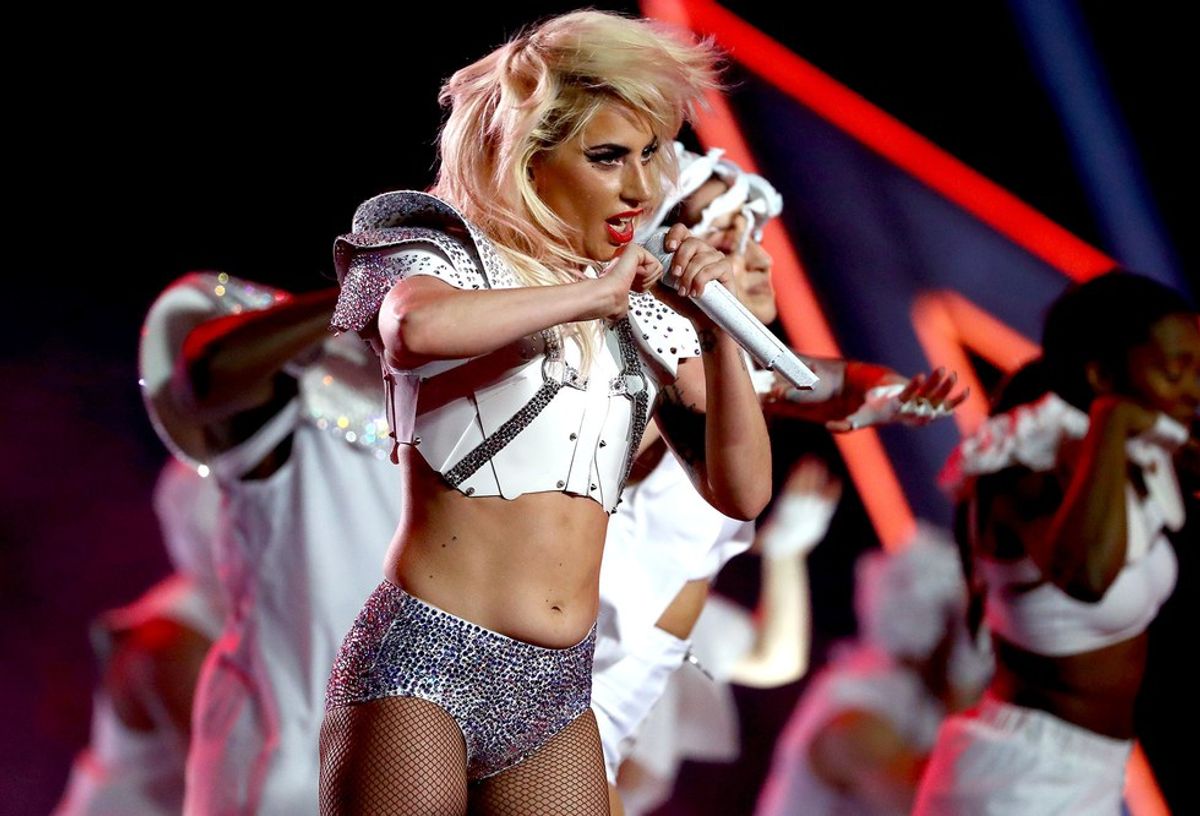 I'll admit I'm not the biggest Lady Gaga fan out there. You won't see me at her concerts, but you might find me listening to "Bad Romance" or "Just Dance." Love her or hate her, she has an amazing singing talent. To be honest, when I heard she was performing at the Super Bowl, I was not thrilled. Even though she said the performance was going to be about "inclusion," I thought she would still try and make a big political statement during the show. Thankfully, she proved me wrong.

For the past few years, performance platforms like the Super Bowl Halftime Show have been used to make political statements. Coldplay and Beyonce's show may come to mind. It seemed like this year more than any other would be primed for overly political performances. Performances meant for only one side of the aisle to enjoy while casting blame and shade towards the other side. It was Lady Gaga's performance that was a glimmering light of hope in this politically divisive time.

Her halftime show brought people from both sides of the aisle together to enjoy music and dancing. Beginning with the classic American tunes "America the Beautiful" and "This Land is Your Land," she set the stage for a performance for everyone to enjoy. The whole show was a spectacle, no doubt. People in the dining hall we were showing it at were all smiling, clapping, laughing and sometimes singing along to Lady Gaga's show. People who I know are on different sides were enjoying the same thing.

It is no longer commonplace to see such a thing from celebrities. Everyone has to pick a side now and they are desperate to show it to stay relevant. Take Madonna for example. She did a half time show several years ago and it was amazing. Though, she was not as politically active then as she is now. In recent years at her performances, she has decided to take time away from singing and dancing to let her political views be known and talk about it on stage. I still enjoy her older music, late 80s and early 90s stuff, but going to one of her concerts today would probably not be enjoyable simply due to how political she likes to be.

I hope many more performers follow Lady Gaga's lead and separate politics from their performances. Music and dance is the language anyone can understand. Don't limit yourself to one demographic and let everyone enjoy your talent. Performing for everyone is much more beneficial than performing for a select group. The political climate nowadays is not the best, so don't let it taint your performances.

Thank you Lady Gaga for showing that this is still possible in today's society.

Emma Hyatt
1990
The Truth About My Parents' Divorce