A film review in 500 words or less 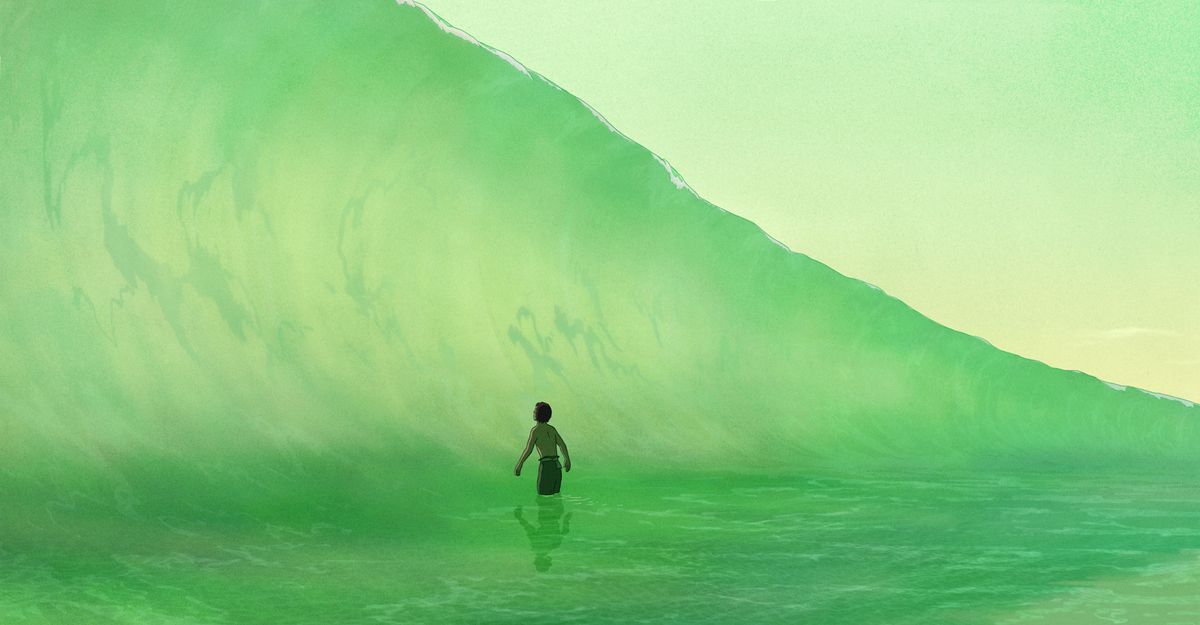 I’ve been on a short film kick lately. It’s been an inspiring (and soothing) hobby between exams and research when I’m not wandering any of Denver’s historic parks (the weather has been ridiculous) or practicing ashtanga yoga. It’s amazing what having an hour or two to myself every day does to my psyche.

That being said, tonight, after a long day, I soaked in a hot salt bath and watched La Tortue Rouge (The Red Turtle) with a bowl of blueberries. It’s a silent animated film that follows the milestones in the life of a human being. The characters are nameless and the tenderness is tangible. The absence of spoken word leaves it open for interpretation.

In the beginning, she casts her shell away and he pushes his raft out to sea - the shedding of the shell symbolizes her willingness to be vulnerable, and his abandonment of the raft is evidence of his commitment to her. The depth and intimacy in the journey is astounding given that the visuals are so soft. It makes your heart ache. The simplicity and crispness of the imagery keeps you focused entirely on the human relationship. It's palpable. The minimalism is interwoven with the poignant music of Laurent Perez del Mar making the storytelling seem almost effortless.

Listen to a sliver of the soundtrack and tell me it doesn’t make you weak in the knees.

When the two have a son, the whole world becomes him. We watch as he grows and they age together and…I admit, I wept. I’ll stay quiet on the details of the film, but I highly suggest seeing this if you’re looking for a sweet dose of existentialism. It’s so beautiful. Hypnotic, meditative, soothing. But be warned, if you have baby fever, this may fan the flames.

There is a richness in silence and in seclusion, especially when spending time with those you love. We need so much more of it in the world.

I'll be watching a few experimental documentary films over Winter Break, so stay tuned for more reviews in 500 words or less.