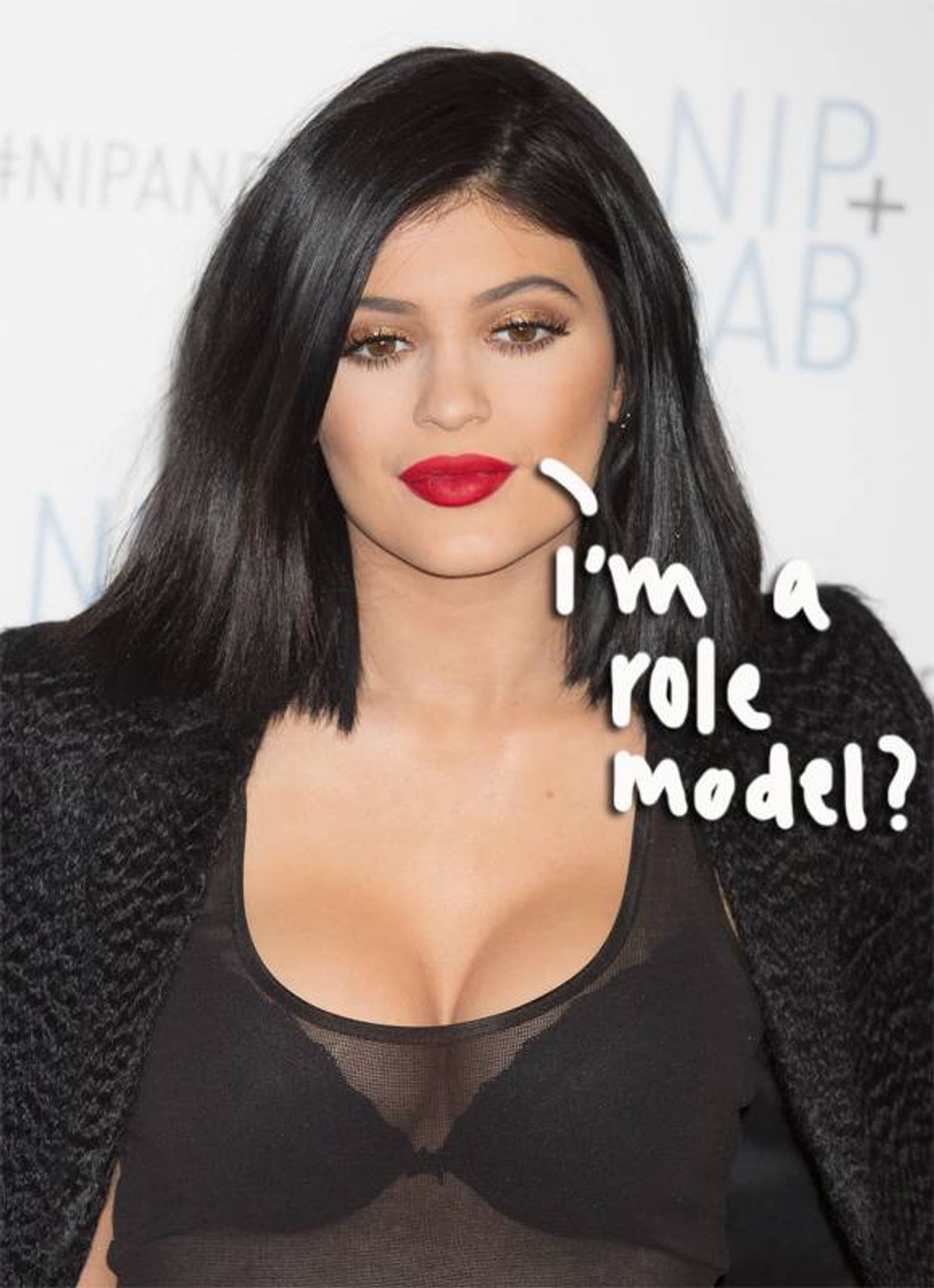 On a Saturday Night Live episode that aired Oct. 10, Amy Shumer said what we have all been thinking, “We have to be role models for these little girls, because who do they have? All they have literally is the Kardashians. Is that a great message for little girls? A whole family of women who take the faces they were born with as, like, a light suggestion.”

It’s no lie that most us have fallen prey to the reality show, "Keeping Up With the Kardashians," whether it be because their drama is so surprisingly addicting, or just because it’s too easy to make fun of the show all together. One Kardashian specifically has spiraled downward, leaving her innocent pre-teen years far behind and promoting dramatic transformations filled with plastic surgery and racy actions: Kylie Jenner.

To be blunt, Kylie Jenner has quite possibly become the epitome of a terrible role model for young girls, but are we really surprised? Her role models growing up have been drowning in fame and bad publicity since she was young and she has been forced to grow up too quickly in the media spotlight, giving Jenner instant fame by doing absolutely nothing. This success though isn’t all rainbows and butterflies; instead Jenner has worked up the reputation of being a spoiled, racy, out-of-control teen that is no fit to lead young girls and I completely agree.

Instead of promoting self-love and appreciation, Jenner has promoted plastic surgery as the answer to all insecurities. Jenner’s own lip anxiety left her to take matters into her own hands by resorting to lip injections in order to get plump lips (let’s keep in mind that she was 17 at the time), once again leaving young girls with a prominent unattainable definition of beauty. Except this unattainable characteristic didn’t stop girls from trying, ultimately leading to the start of the Kylie Jenner Lip Challenge where girls would suck on shot glasses in order to blow up their lips. Of course such a stupid action backfired and left girls seriously bruised, injured, and insecure all thanks to Jenner.

With such a prominent social media following, Kylie has become the number one most viewed person on Snapchat and has over 30 million followers on Instagram, leaving her in the top 10 most followed personalities. The only thing all her pictures have in common is skin, skin and more skin. Her actions portray herself as an exhibitionist, only posting things for attention and compliments. Her over sexualized pictures promote the idea that women must look like Jenner in order to attract men, leaving young girls showing more than they should. We need to reject this notion and promote a more apparent, “less is more” generation, clearly a phrase Jenner is foreign to.

Not only do her racy actions and failure to cover-up give young girls the wrong idea on what is supposedly right, her rebellious nature has caused extreme controversy. From videotaping her belligerently drunk state to being caught texting/photographing herself while driving, Jenner is no saint when it comes to the law. If Jenner is the type of person young girls have to look up to, then get ready for a generation of overly-sexual, rebellious, and simply outrageous actions; and the last thing anyone wants is a bunch of little Kylie Jenner’s running around.

Jenner needs to get herself a reality check and understand that just because she’s “famous” doesn’t mean she’s above anyone else or the law. Instead of egging her on by following her various social media accounts and succumbing to her profit-based promotions such as paying to access her new website ($2.99/month or $36/year), we need to limit her time in the spotlight and get a better role model for the younger generations.