A Stream Of Consciousness

You can't erase someone from your life just because they hurt you. 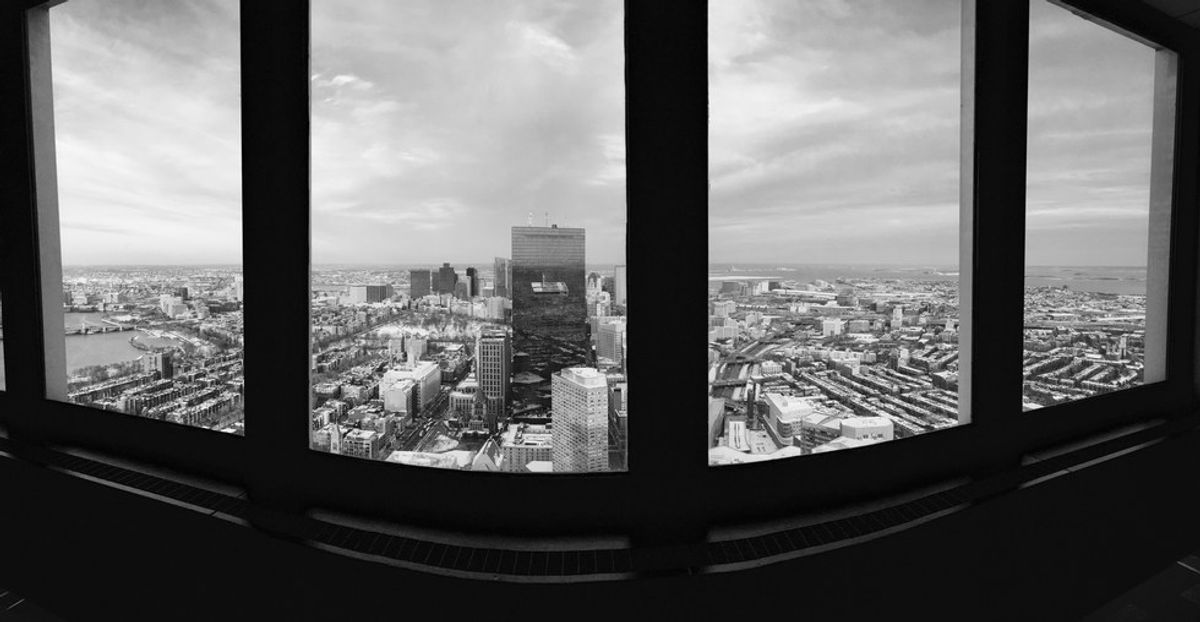 Let's take it slow but keep it exclusive. Just don't make it obvious that we're together, though. I really like you. I've never felt this way. You're taking things too fast, but I think I love you.

Ah, the college dating scene. The lack of commitment that people have can be astounding-- but at least it makes you more independent, right? Sure, college is the time for experimenting and focusing on your own self development, but we Type A personalities here in the back are frankly tired of all the uncertainty in our lives.

The millennial generation, simply put, is consumed with serious FOMO. No one wants to commit to another for the fear that they will be missing out on the better option. No one seems to know what they want, but that doesn't stop them from fearing that it's not what is already in front of them.

This article is more of a personal memoir than anything, but within it is a message that seemingly everyone needs to hear: letting yourself live and trying new things are what allows you to grow. Don't stop yourself from doing what you want for the simple fear that it won't be good enough. If it isn't, you can always let it go. Your life is always subject to change, and that's a good thing.

However, there is a serious discrepancy in our culture when it comes to dating in college. We're all looking for ways to be happy and fulfilled, but are so consumed with the partying and hookup culture in our lives to give ourselves a shot at what we really want.

Boy meets girl. They fall for each other. They date. They break up. It's the same old story, and most of us have been through it. Everyone has their own story, but when it comes down to the bare bones we've all suffered the same heartbreak.

That heartbreak lasts for a long time-- sometimes forever. In my most recent falling out, I was able to get over him quickly. It was actually astonishing how quickly I did, but that doesn't mean it didn't hurt. Any sort of negative outside influences are bound to attack one's self esteem and once positive self image.

That's exactly what happened to me, and that's why I'm writing now. It all started with my little gold book-- a journal encapsulating my stream of consciousness. Whether I was writing down song lyrics or recounting my day, I realized it made me feel better to tell let out what I was feeling. So, now I'm doing it publicly. You should really try it; it's phenomenal. I guess I just want to point out to those of you still reading that writing this article is more for me than for you.

The emotional torture of a breakup is what hurts the most. The snapchat streak is broken. The fights ensue. Texting turns into a game of heartbreak warfare, until all forms of communication come to a halt. The texts stop, and a phone call seems wildly out of line.

Your lives continue, but in separate directions. The photos are deleted from social media in the hope to pretend that the relationship never happened. But newsflash: it did.

The proms, the dancing, the kisses, the dates, the late nights, the good morning texts, the vacations, the tension, the fights, the breakup(s), the pure and twisted love-- it all happened.

You can try and pretend that a broken part of your life never happened. You can act like it didn't tear you apart and make you start your life over again. Despite the pain of the relationship having happened, however, was what happened really a mistake?

I hope if you've decided to read my rant this far that you take one thing to heart: every part of your past that has hurt you has only further shaped the phenomenal human that you are today. Don't try to forget it. Don't try to go back. Move on to a better future. Just don't forget about those you left behind in the process.

Relationships will always be a part of my life, but I am wildly thankful for the opportunity to grow into who I am becoming now. Sure, one chapter of my life is over-- but what's coming is sure to be worlds better.