Kevin Smith, Welcome To Your Sequel

Congrats for curb-stomping the widow maker. 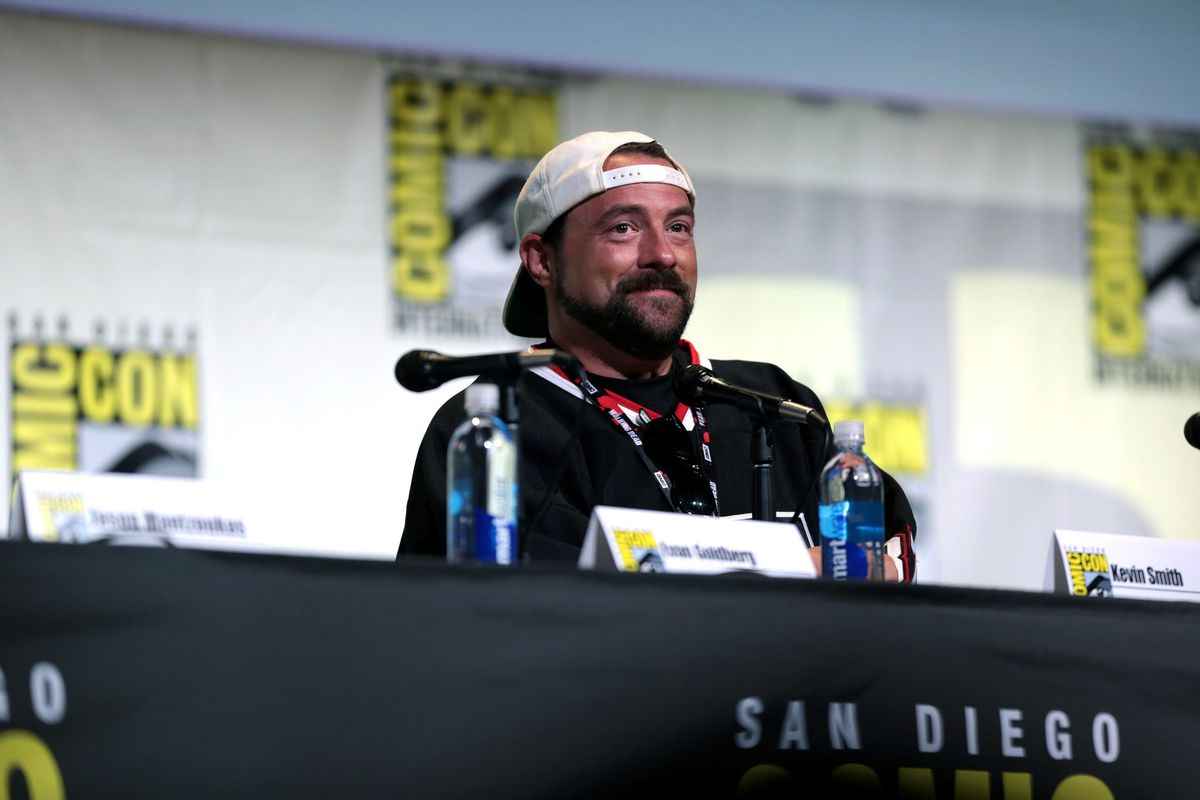 Alright, so I don’t think there is a way to begin an open letter that doesn’t sound like self-aggrandizing bullshit. But I think you of all people can detect that, which is partially why I have always felt a kinship with your work. Your films, usually taking place in some backwater, average suburbia, hosting characters that are unflinchingly crude or just sincere losers, gave my experience a voice. Even if they didn’t talk all that much.

I don’t follow too many people on Twitter, which kind of marks me as a failure to my own generation. I use the platform to find upcoming concerts, hear the latest blowhard comments from the White House, and to see the work of some favorite artists. It was during a rare scroll through my feed when I saw a tweet of yours, showing your recovery in Glendale.

These last few years have been particularly brutal with the dispatching of public figures, artists, and academics. I cried when Carrie Fisher past, drank when Adam West hung up the cowl, and I didn’t think I’d laugh again after Robin Williams decided to exit the stage. I never met these people, obviously, but they all had a part in shaping my personality and morals.

We also haven’t met in case you were wondering — the closest we ever got to being in the same room was when you favorited my roommate's tweet. We had just finished the terrifying acid trip that is "Tusk," tweeting out to you “@ThatKevinSmith, Tusk, WTF?” It was a simple gesture, poking the star icon on a fan’s tweet, but we won’t be forgetting it anytime soon. That’s what separates you from so many other celebrities and artists, your close-encounters of the fan kind. The premise for "Tusk" was developed during a live "Smodcast," a podcast-type conversation between you and fans of all things nerdy. And that is why I felt the need to thank you, dude. The trail you have blazed for nerds and independently minded artists alike made it seem alright to chase those aspirations.

My introduction to film was with the greats, sitting down with my dad and reliving the blockbusters of the late ‘70s and ‘80s. I became (and still am) unhealthily obsessed with Star Wars. I almost crapped my corduroys watching "Alien." And then there was Spielberg, anything the man touched turned to gold in my eyes. But it wasn’t until I had my own Blockbuster card that I crept into the dustier sections of the store — the indie films. I had heard of the titles before. Something about rats in a mall, a black and white film about a convenience store and its sequel at a place called what? Mooby’s? I remember picking up a copy of Jay and Silent Bob too, but that was before I began smoking weed. Still hilarious, by the way.

I remember popping in the "Clerks" DVD, sick as a dog and at home from school. I don’t think I had even watched a film that chose to be black and white at that point, only older flicks that couldn’t even dream of color on the screen. It felt as though my persona had been split down the middle between Dante and Randal, the protagonists of the film. It wouldn’t be until college, working at a convenience store myself, that I would truly understand the film. Work is Hell sometimes. What grabbed me immediately, however, was the film’s ability to entertain with pretty much one location, no color, and no super-humans fighting a universal evil. It was a movie, plain and simple and lovely.

There was only one person I knew who I could talk to about these films. I met with my friend Kristjan at the Dungeons and Dragons club after class, discussing how these movies worked between dice rolls. The next day, we were borrowing camcorders and lighting equipment from our folks and drawing up storyboards. Our scripts were trash, not one of us could act, and we had a working budget of zero dollars. The best part of it all, though, is that those are still my fondest memories of high school. We encouraged each other to take risks and share our “art” even though life wasn’t readily accepting of our nerdiness. All we needed was a camera, best buds in the neighborhood park, and a stupid idea.

Alright, enough about my experience. Sorry, it’s my first time writing an open letter and I'm nervous. You almost died last month, which is an experience few people have, yet it seems everyone has an experience to share. So, heads up, because this is one of those.

My dad had been having some pretty gnarly headaches, chalking them up to long hours at the office or some kind of bug. It wasn’t until an explosive migraine nearly took out his vision that he decided to see a doctor. He described his vision as kaleidoscopic, but not in the cool, LSD kind of way. He finally went to the hospital and got a brain scan. And there the bastard was, a ping-pong ball sized mass freeloading on his occipital lobe. He was given a few months to live and a lot of that would be spent in bed. It wasn’t until they cut into his dome, removing a window of skull, that they realized their misdiagnosis. The neurosurgeon was one of the best, performing hundreds of operations a year, and even he was caught off guard. The mass was not cancerous, just mean-spirited. It was a cyst, probably caused by dirty dental equipment infecting blood supply to the brain. I couldn’t say how my dad felt in those days of recovery, his vision slowly returning, being able to slowly return to work.

Diverticulitis, a pulmonary embolism, and a bout of bronchitis followed his cyst — it was as if he was a patient on "House" or something. But he recovered after each brutal diagnosis and was on his feet again. Eating habits changed, he tracked his daily walks, jogs, and eventual runs. He returned to what he loved, skiing, scuba diving, and hiking with his sons. That’s what makes him a hero.

You, Kevin Smith, have just defeated “The Widow Maker,” a sneaky adversary that quite literally goes straight for the heart of her victims. And you know better than me, or most people for that matter, that a villain doesn’t stay defeated forever. The Joker escapes Arkham, Magneto’s got a masterplan, and Wolverine is always locked claw-to-claw with Sabertooth. Your vigilance may take the form of veganism, exercise, and constant cardiology appointments — not exciting as the mythos of films and comics, but real. We’ve got your back, Kevin, a league of fans and aspiring writers, directors, podcasters, and suburban losers. I guess all I’m trying to say is, welcome to your sequel. We all know it will be killer.