Kathie Moffat's Origin From 'Out of the Past'
Odyssey
CurrentlySwoonLifestyleHealth & WellnessStudent LifeContent InspirationEntertainmentPolitics and ActivismSportsAdulting
About usAdvertiseTermsPrivacyDMCAContact us
® 2023 ODYSSEY
Welcome back
Sign in to comment to your favorite stories, participate in your community and interact with your friends
or
LOG IN WITH FACEBOOK
No account? Create one
Start writing a post
Entertainment

Kathie Moffat's Origin From 'Out of the Past'

A creative narrative of Kathie Moffat's Past 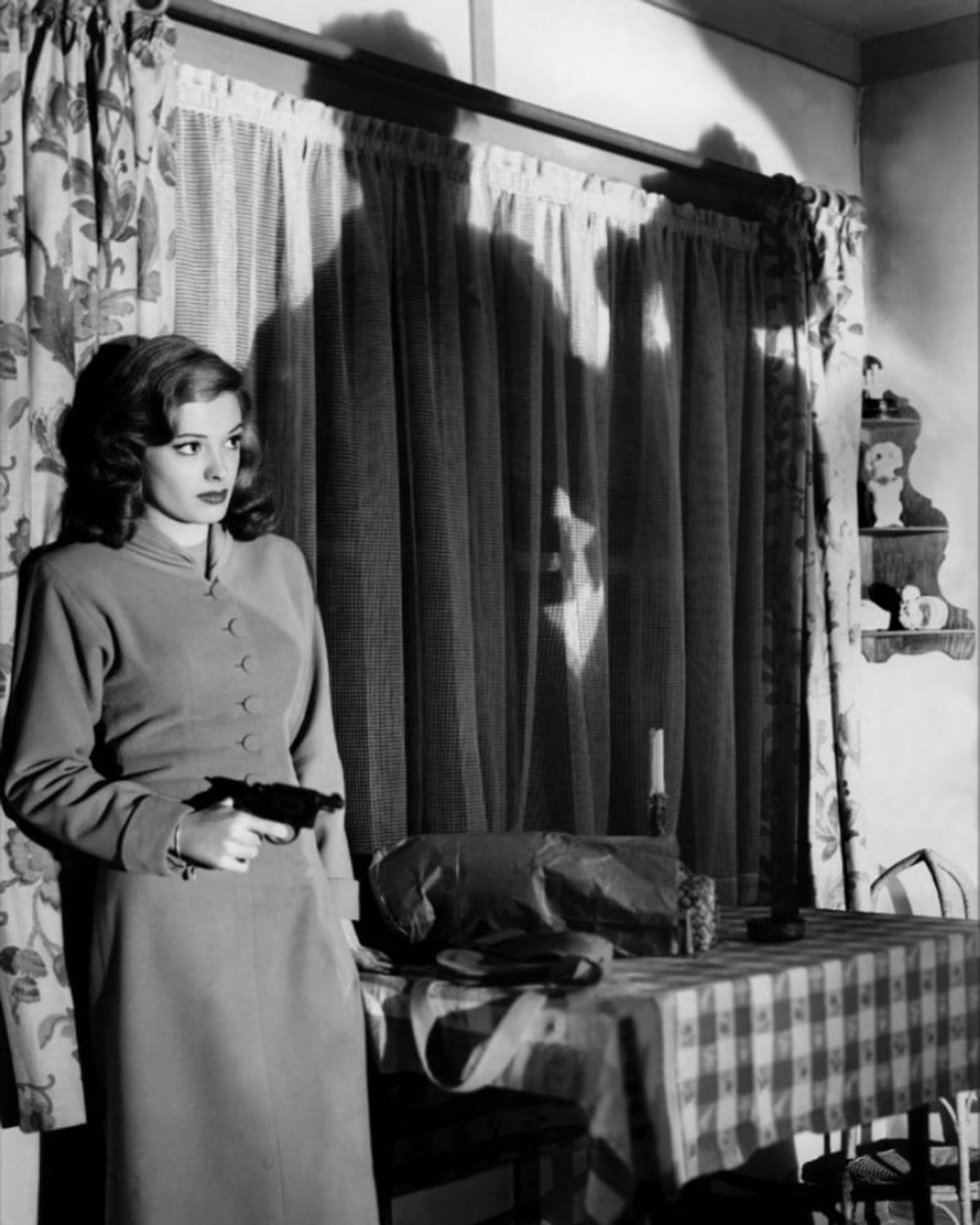 Kathie stared at the letter from Tim. How could he leave her? She looked at the tangerine sun bleeding its way through the trees. She remembered when she and Tim would go to the edge of town and watch the sun slip behind the docks. He used to look at her, really look at her. Perhaps she was foolish to think that a man could ever look at her and really see her for all that she was. Perhaps it was best that she learned this at a young age.

Kathie grew up in a small fishing town in Massachusetts. Her father sold bluefish in town to the local restaurants and worked on the same fishing boat as Tim’s dad. The two grew up partial to the smell of bait and fascinated by the sea. Tim loved watching Kathie’s brown curls bounce up and down as they skipped down the dock. He was completely enamored by her dark chocolate eyes, her fair skin, and her unending grace. As the years went by his feelings grew and grew and eventually friendship turned into something more. At first Kathie was hesitant, but she trusted Tim more than anyone. They dated for a few years, but Tim became short tempered and demanding. He wanted her to run away with him and leave everything behind. Kathie said no, Tim got angry. A slap here, a slap there. Kathie would brush her hand over the bruises and look at herself in the mirror every night. She expressed nothing and everything at the same time with those deep inquisitive eyes. Kathie’s love for Tim turned to hate. Her trust, to wariness. Tim apologized for nothing, and decided to leave without her. All that was left was the short note he left behind for her that read:

Off to bigger and better things. Don’t bother trying to find me.

That night Kathie ate dinner with her mom, dad, and two sisters. His father was in one of his ornery moods where just about anything set him off. Jane, Kathie’s mom, brought the chicken and vegetables to the table.

“Cold, my carrots are cold.”

“Oh, that shouldn’t be, I kept them covered until the chicken was done, Ron.”

He pushed the carrots aside and took a bite of the chicken.

“I can heat them up for you again.” Jane glanced over at Ron and then to her daughters. Kathie’s face had never expressed too much, but it was especially stoic now. She sat there, slowly bringing bites to her mouth. Her other sisters sat there giggling over how cute the next door neighbor was.

“Ron, do you want me to reheat them for you?”

He brushed off Jane’s question and whipped out his newspaper.

Kathie was eighteen when she decided to leave home. Her parents were sad, but they couldn’t stop her. After Tim, Kathie became distant from everyone around her. She was self-determined and cautious when it came to men. Her mother had never taught her much, except for that one line she told her. When you are married, Kathie, you need to keep your husband happy. His happiness directly affects you. Her mother wasn’t wrong in saying this, but Kathie refused to allow it to be true for her.

“Are you sure you want to leave?” Gracie, one of Kathie’s sisters asked her.

“Is it about marriage? Kathie, you will have no problem finding a guy who wants to marry you. In fact, Johnny, you know him, he’s the one in town that alwa”

“It’s not that, Gracie. I’m just done with this small town. It drives you insane before you can even realize what came over you. Everything is the same, same people, same meals, same scenery. It’s suffocating.”

“But what about mom and pa?” Gracie was looking at her with fallen eyes. She really meant what about me. Now that their other sister Carol married a young fellow and moved south, Gracie felt like there was nobody left.

“Gracie, you will be fine. But let me tell you something. Men will hurt you, mistreat you, even deceive you when you are least expecting it. We have power in ways they don’t, just remember that.” Kathie kissed her sister on the forehead and grinned, slightly.

She was headed for NYC with two suitcases, all the money she had earned over the years, and a box of Marlboros. That was how Kathie operated, especially when she wanted to start over. She took the train to the big city on an early Fall day. The leaves had just started turning to their sunset colors, a scenic view that Kathie did not partake in looking at. Too many memories that needed to be left behind. This train was taking her to her future, a place where Kathie hoped wouldn’t include pain and regret. After all, the past was the past, right?