Kanye West's Latest Twitter-Storm Shouldn't Come As A Surprise But Should Make Us Question What He Stands For
Odyssey
CurrentlySwoonLifestyleHealth & WellnessStudent LifeContent InspirationEntertainmentPolitics and ActivismSportsAdulting
About usAdvertiseTermsPrivacyDMCAContact us
® 2023 ODYSSEY
Welcome back
Sign in to comment to your favorite stories, participate in your community and interact with your friends
or
LOG IN WITH FACEBOOK
No account? Create one
Start writing a post
Entertainment

The evolution of Kanye is a neverending phenomena, and now, he's besties with Trump. 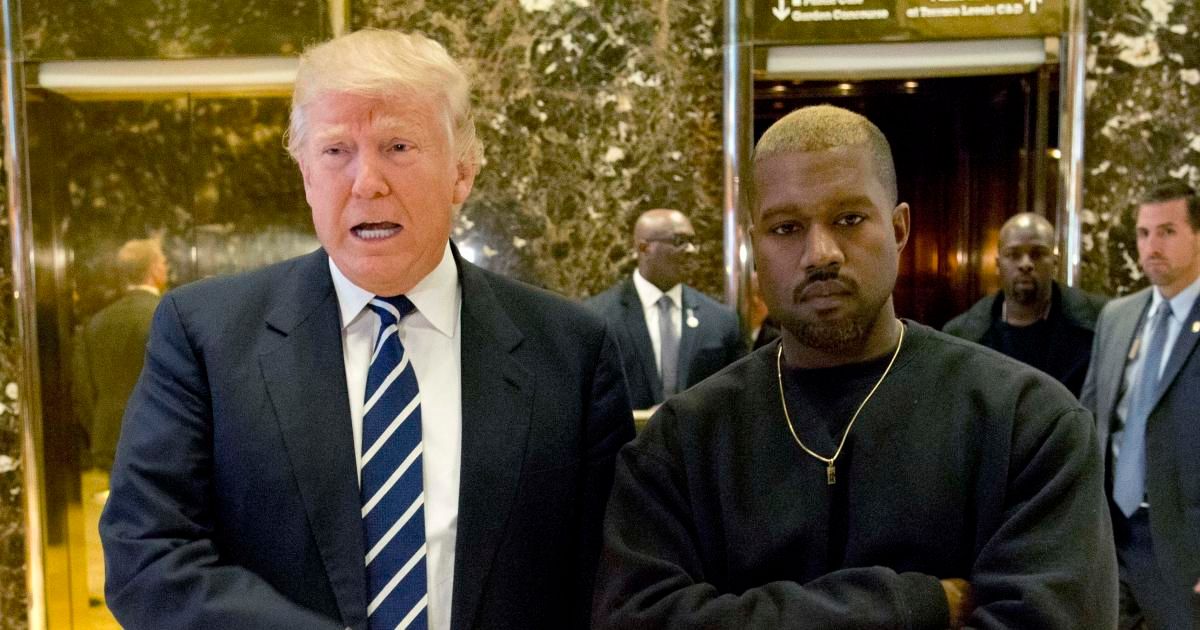 Kanye West: the hip-hop artist, fashion designer, Yeezy extraordinaire and husband to Kim Kardashian has added another chain of accomplishments to his already lengthy list: master of twitter-storms.

After nearly a year off the social platform, this Wednesday, Kanye West launched a series of tweets, ultimately ending with the loss of a staggering nine million followers in one eventful night. So what could Kanye have possibly said to cause such public outrage?

It all started with a tweet about Donald Trump, present POTUS, in which he stated that "You don't have to agree with trump but the mob can't make me not love him," since they possess the same "dragon energy " and "he is [Kanye's] brother." Kanye's post of admiration even garnered a response from Trump, himself, who thought that shoutout was "very cool!"

This was not the end of Kanye's Twitter rant. In fact, he followed the post with a picture of his own signed "Make America Great Again" hat, repping his newly found ideology without an afterthought. Kanye followed his pro-Trump speech with a clarification that the only person he 100 percent agrees with is himself.

While Kanye's personal opinions and decisions seemingly baffle his followers and fans, it's clear that the music mogul is now promoting a somewhat alt-right agenda. A few days before his Trump-tastic tweets, Kanye tweeted out a video of Dilbert cartoon creator, Scott Adams, who is known for his prominence in the alt-right community. He also expressed support for Candace Owens, leader of the right-wing group Turning Point USA, who stated in a tweet that Trump "isn’t just the leader of the free world, but the savior of it as well. "

In my opinion, Kanye, whose main follower base is young individuals from ethnically diverse backgrounds, is basically putting himself in a box by contradicting the messages of his songs and former persona.

In the slew of these choice tweets, Kim Kardashian West tried to explain her husband's actions by blaming them on his uninhibited mind and his expressive persona; however, there is little Kim can say to sully the wounds Kanye has made in the hearts of his supporters, old and new fans who once saw something in Kanye that is quickly fading away.

From a man whose father was a Black Panther, the Kanye West of the early 2000s was a strong advocate for black rights in America and a very outspoken speaker of the injustice he saw in his industry. It's hard to remember the Kanye who stormed onto the stage of the Video Music Awards in 2009 to announce that Beyonce deserved Taylor Swift's Best Female Video award or the Kanye who released the "Yeezus" album, illustrating what being black in America means to him through the use of powerful songs such as Nina Simone's rendition of "Strange Fruit" and "New Slaves."

The old Kanye was a somewhat uncouth activist in his own right against the prejudice and racism haunting American culture.

The new Kanye supports a man who referred to African countries as "sh*tholes," and organizations that blatantly encourage the proliferation of racist rhetoric.

As you can see, this dramatic shift in character is extremely problematic because of Kanye's power and influence. With hundreds of millions of people supporting him and his ideas, its extremely worrying for the youth especially to look up to a man who's constantly switching sides, contradicting himself and making a mockery of what it means to be a role model.

So who is this new Kanye who's besties with Trump and an open alt-right supporter? Though he claims to be neither Democrat or Republican, it is clear that the evolution of Kanye is something we will continually struggle to comprehend. Even his celebrity friends such as John Legend have weighed in on the conversation and have not been able to convince Kanye that his actions are deceitful and confusing to his loyal followers who are affected by Trump's current policies.

While this initially appeared to me as a publicity stunt to gather interest in his next album or musical endeavor, this tweet storm seems to have more to do with promoting a political agenda rather than gaining attention for his newest release.

Because I clearly don't stan.