All that he does is extraordinary. Just take a look at his resume. 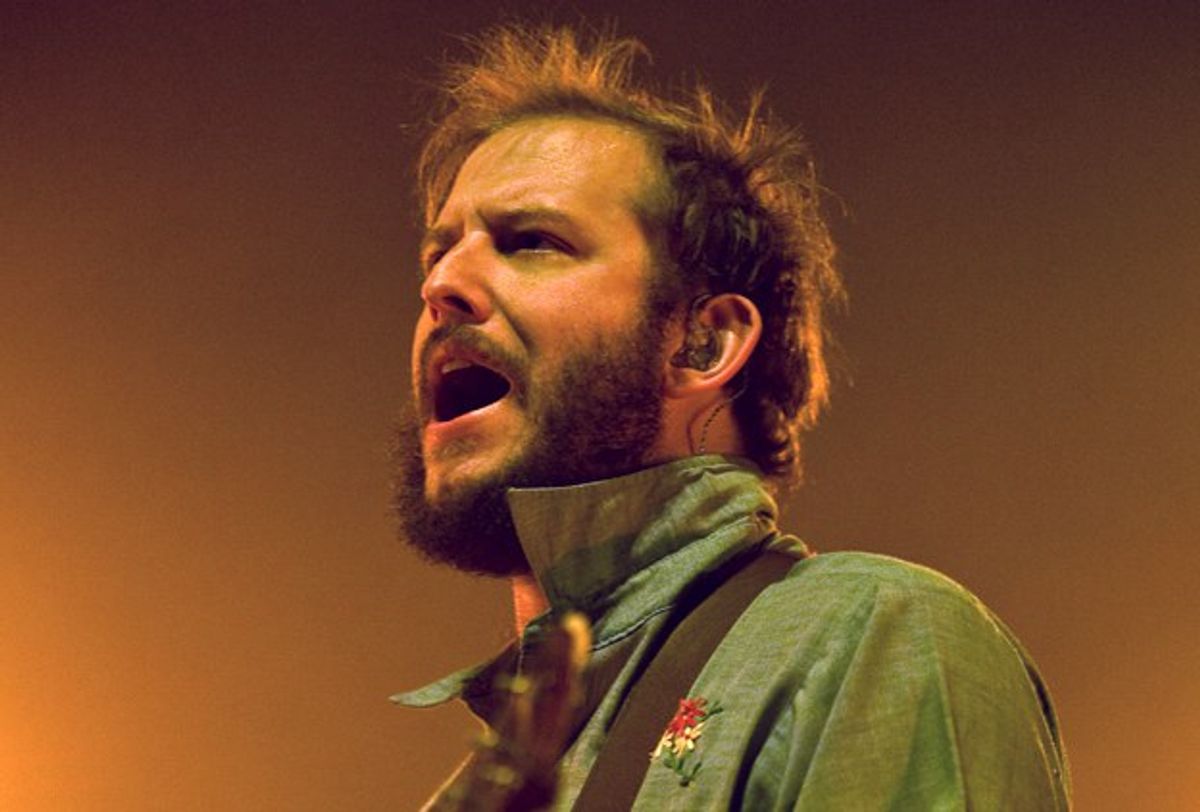 Justin Vernon is the living embodiment of a musician who actually listens, loves, and lives music, and that is why he is in my honest opinion, one of the most influential musicians of this time.

He was born and raised in Eau Claire, Wisconsin, attending both high school and college in Eau Claire. That means he has that good ol' Wisconsin personality, and actually understands all the lists about Wisconsin traditions like bubblers, cheese curds, beer and frozen custard. Heck, he even wears Wisconsin above his heart. This alone should make anyone love this guy, yet he keeps giving us more and more reasons on why to love him.

2. He is the vocalist for Volcano Choir.

Volcano Choir is an indie rock band from Wisconsin, with two albums released presently. The first being "Unmap", and the second album under the title of "Repave," both being rated in the 90s and 80s respectively on the Billboard 200 when released. During his time with Volcano Choir, Vernon decided to focus primarily on vocals and abstained from playing instruments.

3. He is the in the trio Shouting Matches.

Shouting Matches consists of three members; Brian Moen, Phil Cook, and of course Justin Vernon. The trio formed in Wisconsin in 2006 to form a blues-rock group. The trio only played one gig in 2006 in Eau Claire, and that was the end of it for nearly seven years. Thankfully they came back together to jam and created "Grownass Man," a ten-track album which will blow you away, and wonder how and why they decided to stop playing together for seven years, and then you will remember Vernon went on to create Volcano Choir, Bon Iver, and countless other projects.

Bon Iver is what Justin Vernon is widely known for, and for good reason, this band is amazing. Beginning in 2008, Bon Iver has created two studio albums, "For Emma, Forever Ago" and "Bon Iver," and an Extended Play (EP) titled "Blood Bank." Bon Iver is a indie folk and folk rock band founded by Justin Vernon. Vernon formed Bon Iver within his hometown of Eau Claire, Wisconsin, much like his other projects. Bon Iver was nominated for four Grammy Awards and won two of them. Bon Iver also helped bring drummer, vocalist, and pianist, Sean Carey, to the spotlight, whom I suggest you listen to, he performs under the name S. Carey. Yeah, that's right, Bon Iver is not a one man band. Bon Iver is said to be on hiatus currently, however, they have recently played at Eaux Claires months ago which could mean promising news for Bon Iver listeners.

5. He is the co-creator of Eaux Claires.

Eaux Claires is a two day music festival held in, you guessed it, Eau Claire, Wisconsin. Vernon co-created this highly anticipated music festival with singer-songwriter Aaron Dessner. Dessner is a member of the band, The National, in which he plays guitar, bass, mandola, harmonica, piano, keyboards, as well as backing up vocals of lead singer Matt Berninger, who is Aaron's brother. Eaux Claires first opened on July 17th, 2015, and featured a variety of music genres and had big name artists perform like; The National, The Tallest Man on Earth, Sylvan Esso, Sufjan Stevens, Spoon, Charles Bradley, and even Bon Iver made a performance although they were on hiatus. Along with those big name artists were some local Wisconsin bands like; Field Report, Phox, and drummer for Bon Iver, S. Carey. Eaux Claires featured metal, rap, soul, country, gospel, and of course indie-rock. This music festival did not target a certain genre or audience, it is a music festival that plays music for the sake of playing music.

It has been said that Bon Iver has gone on hiatus so that they would be able to get out of the spotlight and to scale everything back a bit. This could be because as most Wisconsin people, Vernon does not like being in the spotlight having every move watched with eagle eyes, which I completely understand. Understanding and wanting are different though, and I personally cannot wait for the next endeavor that Vernon takes on because if it will be anything like his previous endeavors, it will be amazing, just as everything has been thus far.

As for now, have fun with whatever it is you are doing now Justin Vernon.

Emmaline B
The Narrative
4135
https://unsplash.com/photos/O0T1SIgHAfM