It's the definition of performative feminism. 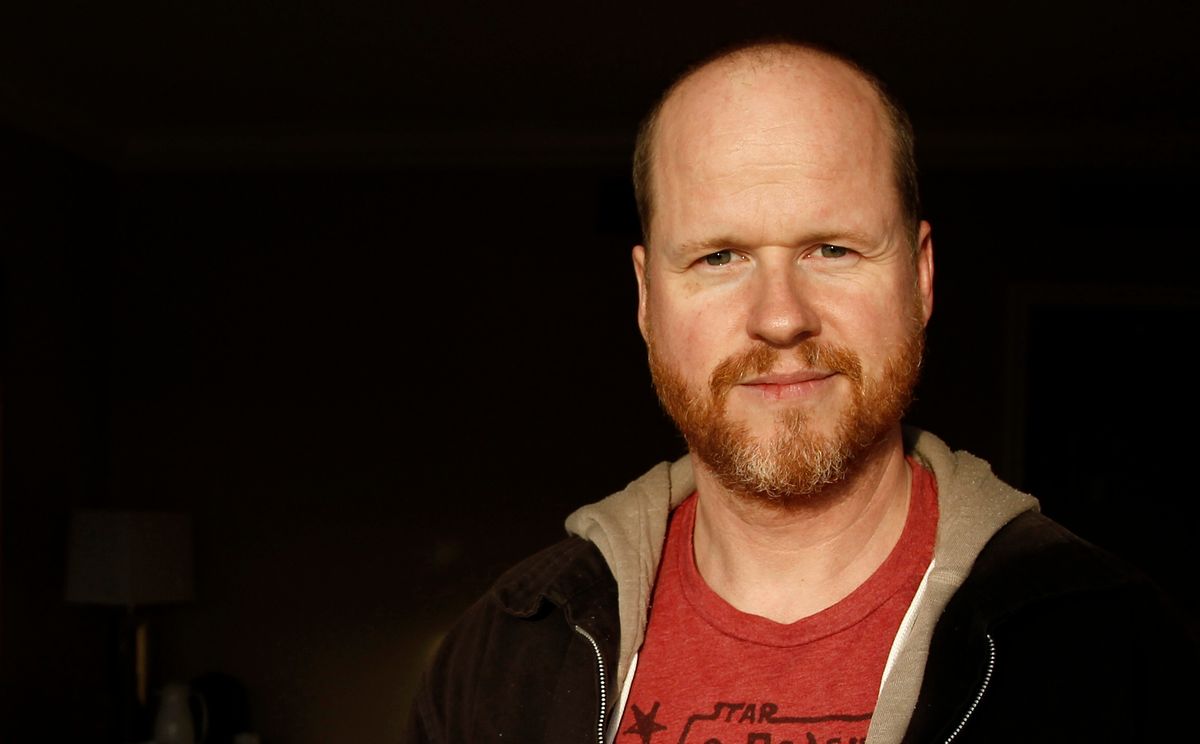 Joss Whedon, who, like God's most beautiful angel Lucifer, has fallen from grace.

Male and female nerds alike, myself included, once unhealthily lorded this man for bringing us cultural titans like the female-driven "Buffy The Vampire Slayer" and the beloved yet short-lived "Firefly." Yet, like Napoleon, the king was forced into exile, almost immediately after the release of "Avengers: Age of Ultron." He was jobless after a falling out with executives at Marvel Studios over "creative differences," and was bullied off Twitter for his "ugly and sexist" portrayal of the franchise's Black Widow in the 2015 blockbuster.

Somehow, "Age of Ultra"n is what finally made everyone see through his thin veneer of performative male feminism. It's almost like he was a primeval force that had a spell cast on us to be mindlessly and unquestioningly devoted him, filling us with bliss and inner peace while he degraded his female characters. He was a wolf in sheep's clothing, making movies that didn't even step over the incredibly low-rung limbo bar of the Bechdel Test, all while shouting like Meryl Streep, "Girl Power!" In 2012, the year The Avengers came out in theaters and during the zenith of my "Buffy The Vampire Slayer" obsession (I'm what 90's veterans call the "Netflix-era" of fans), I remembered seeing this heroic image of my Nerd Lord And Savior, holding a heroic pose and Captain America's shield, with the quote, "Why do I write so many strong female characters? Because people still ask me that question?"

Joss Whedon's reputation has taken hit after hit ever since. Anything Joss Whedon said following the deletion of his social media only further dug his grave.

"I have been attacked by militant feminists since I [first] got on Twitter. That's something I'm used to. Every breed of feminism is attacking every other breed... because god forbid they should all band together and actually fight for the cause. I saw a lot of people say, 'Well, the social justice warriors destroyed one of their own!' It's like, Nope. That didn't happen."

- Joss Whedon, coyly playing into the narrative of the "irrational, radical" feminist, painting himself a one of the "good, logical" ones

According to Whedon, "Militant feminists" have been attacking him, Joss Whedon, since he joined Twitter. Why would they if he gave us badass female characters like Echo, Illyria, River Tam, Willow Rosenberg, and Buffy Summers?

Several Internet News Outlets, like Vox and The Guardian, published articles earlier praising the complex, subversive feminism of Buffy The Vampire Slayer, and how the show changed TV, in celebration of the show's twentieth anniversary.

However, despite being considered by many one of the most feminist TV shows of all time, it is not without problems.

I ruined Buffy and I will RUIN YOU TOO.

- The twitter description of Marti Noxon, who show-ran Buffy The Vampire Slayer Season 6 while Whedon worked on Firefly

Buffy's relationship with a physically 26-year old vampire, while she is 16, is romanticized to a sickening degree.The show's main character, Buffy, is nearly subjected to sexual assault by the other main "love interest." The creators somehow thought they were being subversive, since Buffy is such a strong character, and the scene was so intense it sent the actor into therapy. In that very same episode, the show kills off Tara, one half of the show's iconic queer couple, as a plot-catalyst. This is an early example the insidious trope of Burying Your Gays, that tends to target queer women. Additionally, because of censorship, the couple was not allowed to kiss in season 4. However, an objectifying literal male fantasy like this the show and the network felt was appropriate.

“I actually got a phone call from somebody in the press, which really sucked.

Even more beloved by nerd culture than Buffy and its spin-off "Angel" is the sci-fi Sci-fi-Western-Asian fusion "Firefly." The love for the charming, rag-tag Space Cowboy ensemble was only further spurred on by its premature cancellation by Fox. The show only had one twelve episode season, but perhaps that was for the best.

One of the main romances of the show, Inara, and Mal, is only based on Mal slut-shaming and degrading her. Talk about sexual tension.

According to a TV retrospective of about the cult-hit more than a decade after its cancellation, the catalyst for Mal and Inara to finally get together was going to be Inara being gang-raped. That would trigger to be Mal to see her as a human being worthy of his respect!

Using rape or violation as a plot device is a disturbing and hypocritical trend of Joss Whedon's. It's the entire premise of his other less known show, Dollhouse. Fans can stop mourning "Firefly'"s cancellation and instead see it as a blessing in disguise.

Additionally, in regards to "Firefly," Joss has also made racially tone-deaf comments too. The show's charming quirkiness is only amplified by its inclusion of aspects of Chinese language and culture. However, despite that, there are no Chinese actors. In response to that Joss Whedon said that Summer Glau, who played the iconic River Tam, looked "Asian enough." Additionally, Buffy, despite being progressive, does not have any regular POC cast members.

After the wool had been pulled from our eyes, Joss Whedon only further embroiled himself in scandal in the months leading up to anticipated Justice League movie, which came out last Thursday.

"Despite understanding, on some level, that what he was doing was wrong, he never conceded the hypocrisy of being out in the world preaching feminist ideals, while at the same time, taking away my right to make choices for my life and my body based on the truth."

Joss Whedon came under hot fire after his 2006 Wonder Women script, that he spent years writing, was leaked to the internet. It's as a tasteless, uncomfortable read, riddled with Male Gaze and Purple Prose so bad I'm brought back to my fanfiction writing days. There's a heavy focus on Steve Trevor, who talks down to her in a way that is very unromantic. Patty Jenkin's 2017 film the star of the DC Extended Universe, and we are grateful to the Goddesses of Olympus it saw the dark of cinemas, rather than Joss Whedon's nightmare of a screenplay.

I'm shocked Warner Brothers saw the reactions of people to this script earlier in the year and went through with their reshoots of "Justice League." Like most of the Blockbusters Hollywood puts out nowadays, it was, like fiber, easily digestible. Enjoyable to watch (especially as a fan of the comics), but completely unremarkable and occasionally cringe-y.

The cringe is that Whedon scenes are so distinguishable from the Synder scenes a drinking game could be made out of it.

It was a Frankenmovie. It was Synder blockbuster, with Whedon's quipness and sexism stitched in. I felt like I was watching a Marvel film wearing DC's skin.

The heavy-handed dialogue of "Batman v. Superman," quickly undercut by levity or disorienting bizarreness of a Marvel Movie. Unless it was coming from the scatter-brained geek, Barry Allen, the humor felt completely inorganic, jarring, and at times, sexist. Aquaman sits on the lasso of truth, and while he goes around listing people's power and weaknesses, he just begins babbling about how gorgeous he thinks Wonder Woman is. Flash literally falls into her breasts, and it is disgusting. Superman and Cyborg are the only characters that do not treat her like an object.

I see half of Gal Gadot's ass, and there is a panty-shot that could have been tactfully avoided. Justice League abandons the tasteful approach of Patty Jenkin's to Wonder Woman's character and her outfit. Wonder Woman had Gal Gadot at different angles, doing different stunts and never once did I see that much skin. The most sexually charged moment was when she made a "Superhero Landing" and her thighs jiggled.

Additionally, "Wonder Woman" was praised for the Amazon's not only modest but practical costume design. It's almost as if Justice League takes place in another universe entirely. Half the Amazons have their midriffs exposes. The women look ridiculous are holding up a descending stone door wearing a metal bra

Joss Whedon and the DCEU were supposed to be each other's saving grace. Whedon was supposed to turn it into the critical powerhouse he made Marvel, but failed, making a bizarre Frankenmovie that earned a 39% on Rotten Tomatoes.