Why Jonathan Byers Might Be The Worst Character In "Stranger Things" 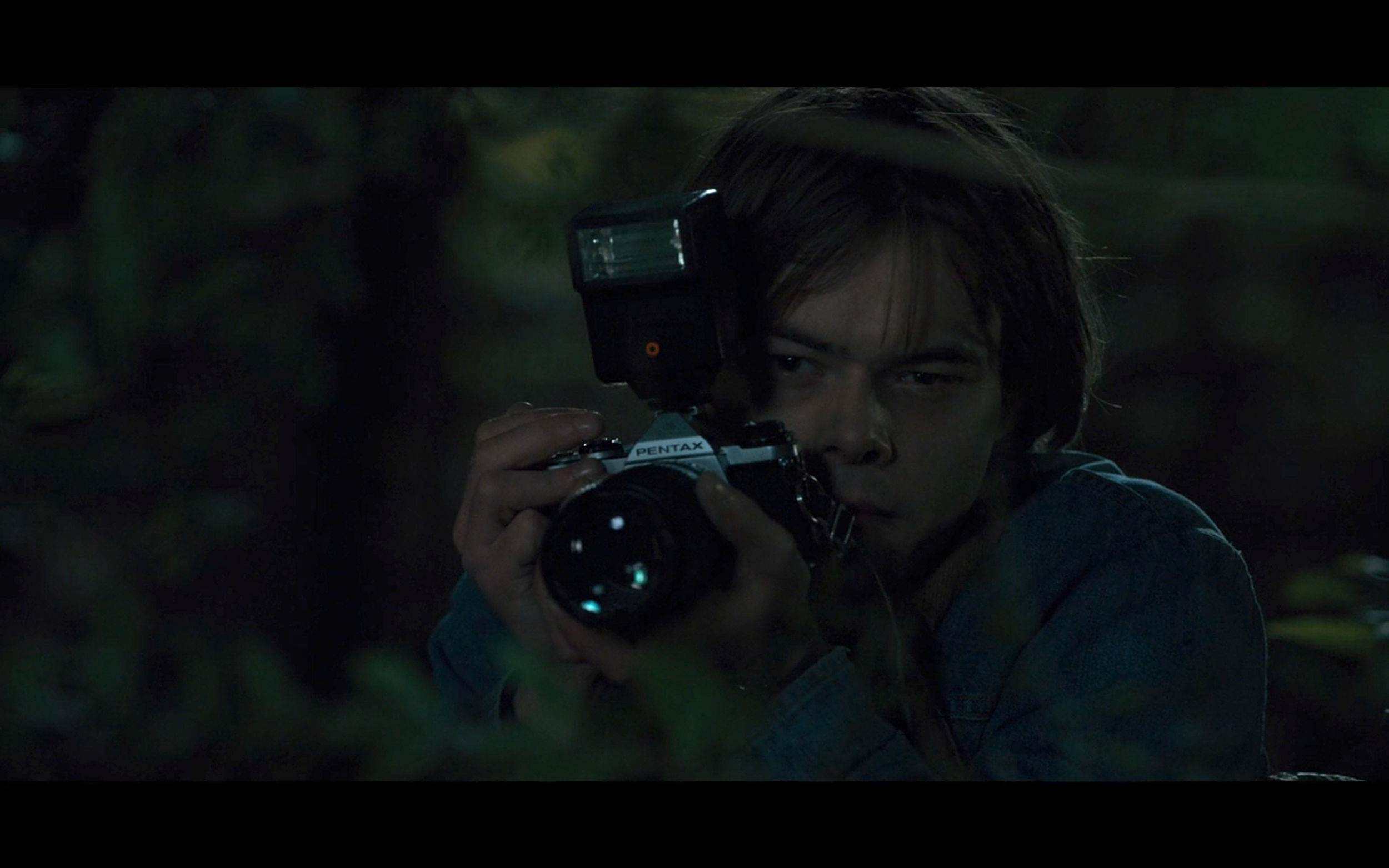 *SPOILERS AHEAD* If you have not watched all of "Stranger Things" yet, definitely come back after you've watched it all the way through! This article will still be here waiting for you!

If you've watched both seasons of "Stranger Things" on Netflix, you're well-acquainted with Jonathan Byers. But I have a confession: I think he's a pretty awful guy.

Yes, Jonathan was heroic in both seasons. But I just really don't get why everyone feels SO compelled to root for him. And why are we are being led to believe that Jonathan is such a saint? Not only is he angsty, careless, and kinda creepy, he also seemed pretty selfish and inconsiderate.

Don't see where I'm coming from? Let's go back and review this from the very beginning:

First of all, he was supposed to be around ONE NIGHT when Joyce was working to make sure Will returned home from Mike's house (A.K.A. THE NIGHT THAT WILL WENT MISSING) and he picked up a shift at his part-time job instead!

Technically, his family can blame Jonathan for getting them into this mess with the Upside Down (and its inhabitants) and traumatizing them FOR LIFE.

Think about it: if Jonathan actually did what he was SUPPOSED TO DO and had been at home when Will was being pursued by the Demogorgon, maybe he could've done SOMETHING to protect Will. Like IDK, drive like mad away from that THING??

Plus, on the morning after Will was captured by the Demogorgon (but before anyone realized he was missing), it seemed like Joyce was insinuating (as evidenced in the above gif) that this is something that Jonathan does often, and that he keeps acting irresponsibly. Sure, they may need the extra money, but you know what they DON'T need? Child neglect charges. SMH.

Oh, and let's talk about how he thought it was okay to spy in the bushes and take photos of Nancy and Steve getting it on.

Okay, so Jonathan WAS responding to what he thought were screams of danger that he heard while he was in the woods behind Steve's house. A noble deed for sure. But then when he stumbled upon Steve's house, he takes this as an opportunity to engage in voyeurism and snap creepy photos of NANCY AND STEVE UNDRESSING BY THE WINDOW. Bro, I don't care if you're pining for Nancy—THAT'S SO NOT OKAY.

(For real though, am I the ONLY ONE who was extremely bothered by this?? Y'all seemed too quick to overlook this...)

Let's not forget that Jonathan was also ordered by Hopper—A.K.A. the Sheriff who was going ABOVE AND BEYOND leading the investigation of his brother's disappearance—not to go to his father's house to look for Will (but OF COURSE he goes anyway...)

Because Lonnie SUCKS as a dad, there was OBVIOUSLY no chance that Will had run off to his house. But what drove Jonathan DELIBERATELY disobey Hopper, who requested that he doesn't intervene in the investigation, instead of just leaving it up to Hawkins' trusty sheriff to go to Lonnie's house to find Will? CLEARLY, Jonathan was only thinking of himself; he wanted the personal satisfaction of dropping in on his deadbeat dad just to tell him off—and he saw a golden opportunity to do it.

And then he fights Steve.

SURE, on top of Joyce's anxiety-inducing search for Will, let's give her something else to worry about!

And now let's jump ahead to Season Two...

Remember when Jonathan bailed on supervising Will (A.K.A. HIS LITTLE BROTHER WHO WAS SUFFERING FROM WHAT THEY THOUGHT WERE PTSD EPISODES) while he went Trick-or-Treating with his friends?

In Season 2, you'll see that not much has changed with Will's priorities—in fact, it seems like he places his family at a lower priority than he did before.

Joyce really wasn't asking much when she requested Jonathan's help ONCE AGAIN in accompanying Will as he went Trick-or-Treating with Mike, Lucas, and Dustin. But SURPRISE SURPRISE, he abandons his promise to his mom and goes to a wild high school Halloween party instead.

And of course, we know that Will's "night of fun" ended with him lying on the ground on his back, somewhere far away from his friends, after experiencing another episode. GREEEAT.

Let's also take a look at how he was so quick to make his move on Nancy immediately after her breakup from Steve.

Like dude, it's only been ONE DAY! SLOW DOWN!

AND THEN JONATHAN DOESN'T EVEN TAKE NANCY TO THE SNOW BALL DANCE AND LEAVES HER DATELESS.

Wow, Nancy needs to date someone from another school STAT.

So this is where I make a plea to the creators of "Stranger Things": the Duffer Brothers.

Let's see some character development for Jonathan during Season 3 to fix these issues, mmmkay guys?

Hey "Stranger Things" fans: was I too harsh on Jonathan Byers? Tweet me your thoughts at @missjulia1207!