Jodie Whittaker Is Perfect As New Doctor Who
Odyssey
CurrentlySwoonLifestyleHealth & WellnessStudent LifeContent InspirationEntertainmentPolitics and ActivismSportsAdulting
About usAdvertiseTermsPrivacyDMCAContact us
® 2023 ODYSSEY
Welcome back
Sign in to comment to your favorite stories, participate in your community and interact with your friends
or
LOG IN WITH FACEBOOK
No account? Create one
Start writing a post
Entertainment

Jodie Whittaker Is Perfect As New Doctor Who

Why The Casting of The First Female Doctor Is Perfect Timing 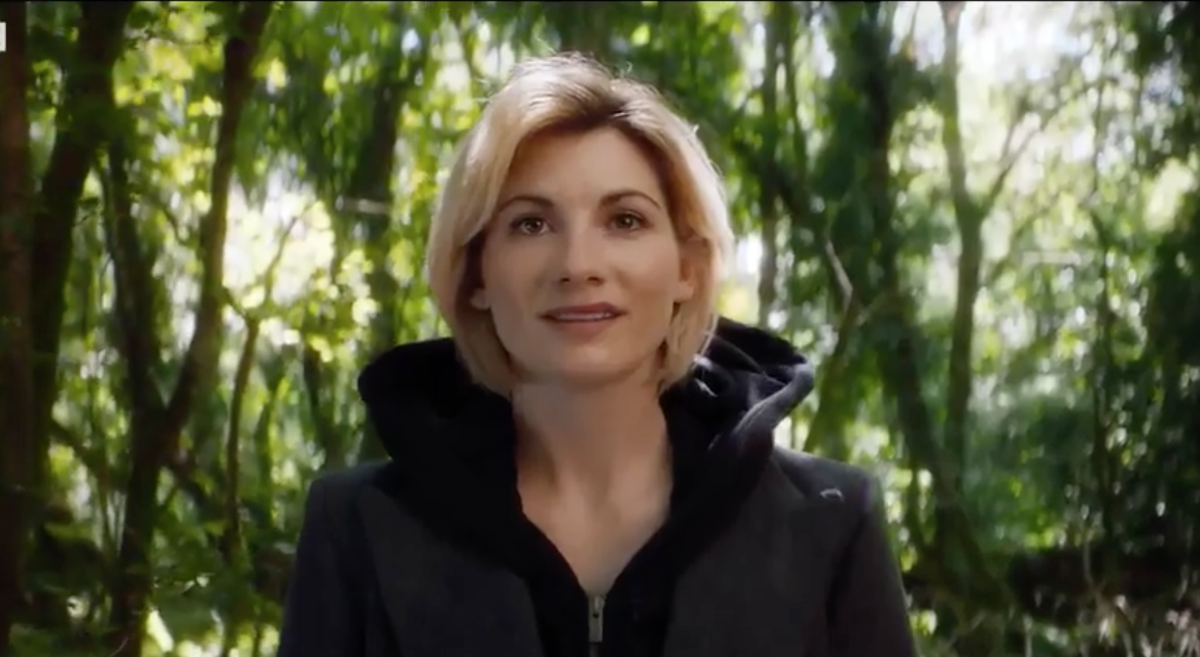 The smoke has come out of the chimney at BBC studios and a new Doctor has been casted!

The Doctor is a Woman!

Last month it was officially announced that Peter Capaldi’s replacement as the titular character in BBC’s worldwide phenomenon Doctor Who will be actress Jodie Whittaker.

Whittaker will be the 13th person to play the coveted role (technically 14th if you include John Hurt as The War Doctor) which goes all the way back to 1963, but the significance of her casting is even greater than usual because she will be the first woman to be The Doctor.

In the never-ending saga of Doctor Who, it’s a tradition for the titular character being recast, or as the show explains it, Regenerated.

The Doctor, being an alien called a Timelord, has the ability to die and comeback by transforming into an entirely new person. And not only do they change into a new body, but they can change their entire personality, age, race and gender.

For the most part, The Doctor has mainly been a white man whose age ranges from mid-twenties (Matt Smith) to that of an old man (William Hartnell).

Whittaker’s casting marks the first time The Doctor has changed genders, which was a possibility that the show already made clear could happen in the past.

When I first heard about the casting I thought about what would motivate BBC studios in making this bold decision and came up with two main reasons:

1. They are supporting and pushing an agenda.

2. They are taking a new step forward that will be refreshing to fans and increase interest and ratings.

I believe it is the latter that motivated the show runners in casting Jodie Whittaker.

Many outside of the Doctor Who fan base are surprised and a lot are likely cynical enough to call it “Appeasing to Feminist Culture.” I think casting Whittaker as the 13th Doctor is absolutely perfect for both a business standpoint and a storytelling one.

It had already been established on the show (which premiered its first episode the day after President John F. Kennedy’s assassination) that not only is The Doctor capable of changing appearances through regeneration, but that he can also change into a woman in the process.

This experiment has already worked with great success on the second most famous Time Lord in the galaxy, and The Doctor’s arch enemy: The Master. In this latest Doctor Who run by Peter Capaldi The Master is played by a woman (renamed Missy) and the new version of the character became a huge success.

The Doctor changing genders was even a joke used in an old TV short (skip to 17:40)

I believe Whittaker is a great choice to be The Doctor after seeing her in science fiction shows and movies such as Attack The Block and Black Mirror. She also has been incredible in dramas such as a grieving mother in the BBC detective show Broadchurch and acting alongside Hollywood legend Peter O’Toole in the 2006 film Venus. Her resume and background in science fiction makes her worthy of taking on The Doctor, whose nature is simple minded and peace-mongering but is forced to face difficult and complex tasks in the universe that no human can handle.

Her resume and background in science fiction makes her worthy of taking on The Doctor, whose nature is simple minded and peace-mongering but is forced to face difficult and complex tasks in the universe that no human can handle.

These clips and images below show Whittaker's impressive resume before being cast as The Doctor which shows why she's qualified for the role.

At the age of 23 she starred alongside Acting legend Peter O'Toole in the Oscar nominated film Venus.

Has experience in deep thinking Science fiction shows and films.

If you have Netflix I highly recommend you watch Black Mirror, especially the episode "The Entire History of You" starring Whittaker Toby Kebbell

Another great show I highly recommend

I even found this bizarre and near word-less short film starring her and Severus Snape himself, Alan Rickman.

Didn't see that coming did ya?

With all of that I still understand that there is and will still be backlash to Whittaker's casting. In my opinion, Doctor Who fans who are not open to a show constantly changing are Not real fans. The show is all about change and in fairness, whatever backlash of Jodie Whittaker being casted as The Doctor is about the same amount as backlash as when Peter Capaldi was casted, and Matt Smith before that and David Tennant before that. But eventually, all those fans who had to tearfully say goodbye to one Doctor inevitably warmed up and embraced the next one and the cycle continues.

Also for those of you who don’t even watch Doctor Who yet complain that a woman playing the role is wrong for your own personal reasons and theories and who will constantly criticize about it to the point of “Hate-Watching”, the BBC has you right where they want you.

If you would rather let the show stick to conventional norms just to make you comfortable but still not watch it, then TV executives will find a way to make you want to watch it. They can do so by making a unconventional change to the show. You boost the ratings, they make the money and they don’t care if you like it or not.

National buzz for something that is not seriously scandalous but newsworthy is what boosts ratings and coverage today and therefore makes more money.

After all, art is commerce.

I never realized until that The Daleks were a metaphor for internet trolls, even though they were created in the 1960s.

I, as a passionate fan of Doctor Who for ten years now, am more excited for this new Doctor than I have been with all the previous ones because it’ is giving me something refreshing.

The reason why the character of The Doctor has been recast every few years is because the show is trying to keep itself new and refreshing. The concept of the show since the beginning has been simple: The Doctor and his human companions travel through space and time in his machine called the TARDIS

Also, this is a genius business decision because from what I have observed, there are more passionate female fans of Doctor Who than male. It is the women who are going to Comic-Con every year cosplaying as characters on the show regardless of gender or even species. Those women would line-up in the hundreds just to get an autograph and brief interaction with former Doctors Matt Smith and David Tennant.

(I waited two hours in line and paid $60.00 to meet Karen Gillan and get her autograph, it was so worth it.)

I'm giddy to this day

So the executives at BBC probably thought “Hey, the majority demographic of the Doctor Who fan base is women, and The Doctor is able to change into one, so let’s make her a woman this time!”

If there is an overarching theme to the entire series from the black-and-white days with William Hartnell in the 1960s to Peter Capaldi in the latest run, it would be that in the grand journey of life and the universe, people change and the connections they make with others through conflicts and random adventures is what makes it worthwhile.

The character of the Doctor is over one thousand years old and has constantly changed his image from old and cranky to youthful and hipster. He’s gained friends and family and lost those connections one too many times.

The Doctor has changed again to experience something the character never had before in over a thousand years, seeing the wonders and mysteries of the universe through a woman’s eyes. A perspective that’s more unique than one would think.

And now I leave you with a quote from The Doctor him/herself: