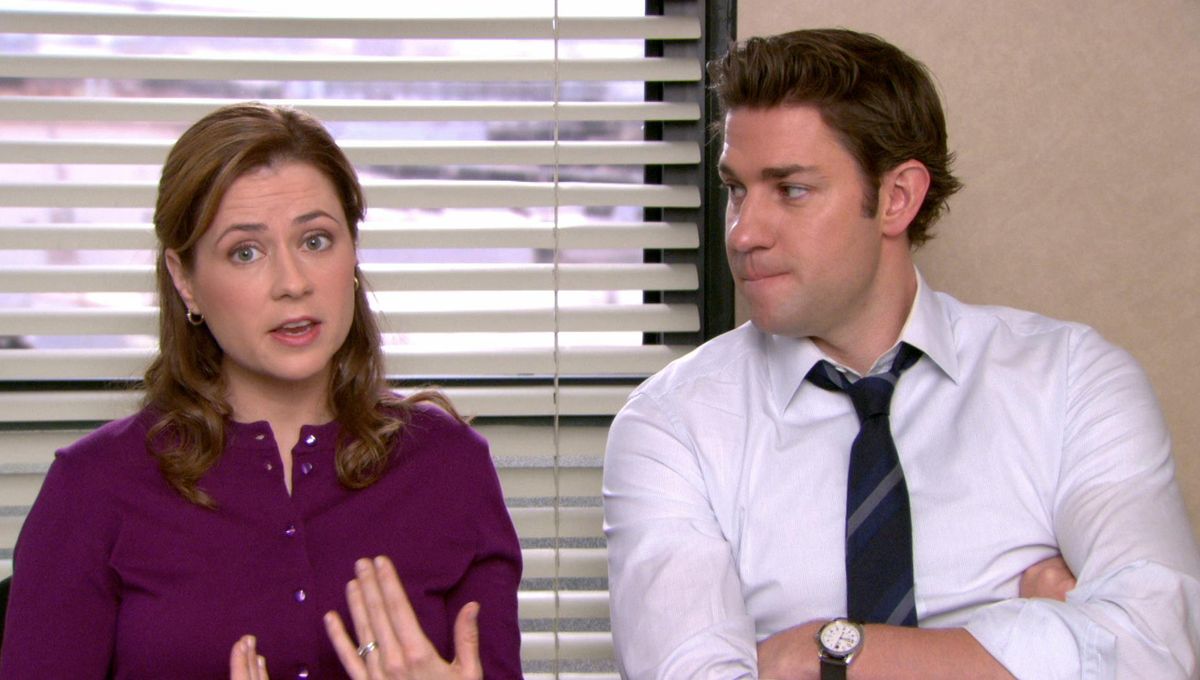 The Office. One of my favorite shows. It's one of the most brilliantly written and excellently timed shows.

Clearly, no show is immune to criticism, especially a show as popular as this one. One thing that people have been after a lot is Pam and Jim.

Pam and Jim are one of the most loved couples in television. From their human romance to the portrayal of how love actually happens. Personally, they were not any sort of inspiration for me (I always will be team Monica and Chandler), but they have been criticized over and over again for their problems.

The main thing people seem to criticise is the way that Jim did things without telling Pam, or Pam going to Brian's house where clearly anything could have happened. Especially during the last season, they went through a horrible time with Jim being away most of the time.But what couple doesn't have their problems?

One of the key elements of The Office is how human it is. The detail that goes into the scenes and the smallest laughs, twitches, and stares are the highlight of the show. Those scenes are the highlight of their relationship and it makes them human, and it adds to the reality of the show, especially in contrast to the eccentric characters like Angela and Dwight. The arguments and problems were added in to show how a normal couple can work through their own problems.

This sort of portrayal mixed with absurdity is what created the mass appeal of The Office. It's how ordinary humans go about their day and their lives. Its how real and painful their relationship could get. They work for a paper company for God's sake, it can't be more mundane than that. Jim and Pam are not meant to be the perfect couple, or even a couple to aspire after, they were created to be a normal couple, so leave them alone.