Yes, I totally geeked out with the Marvel fanatics in the audience! 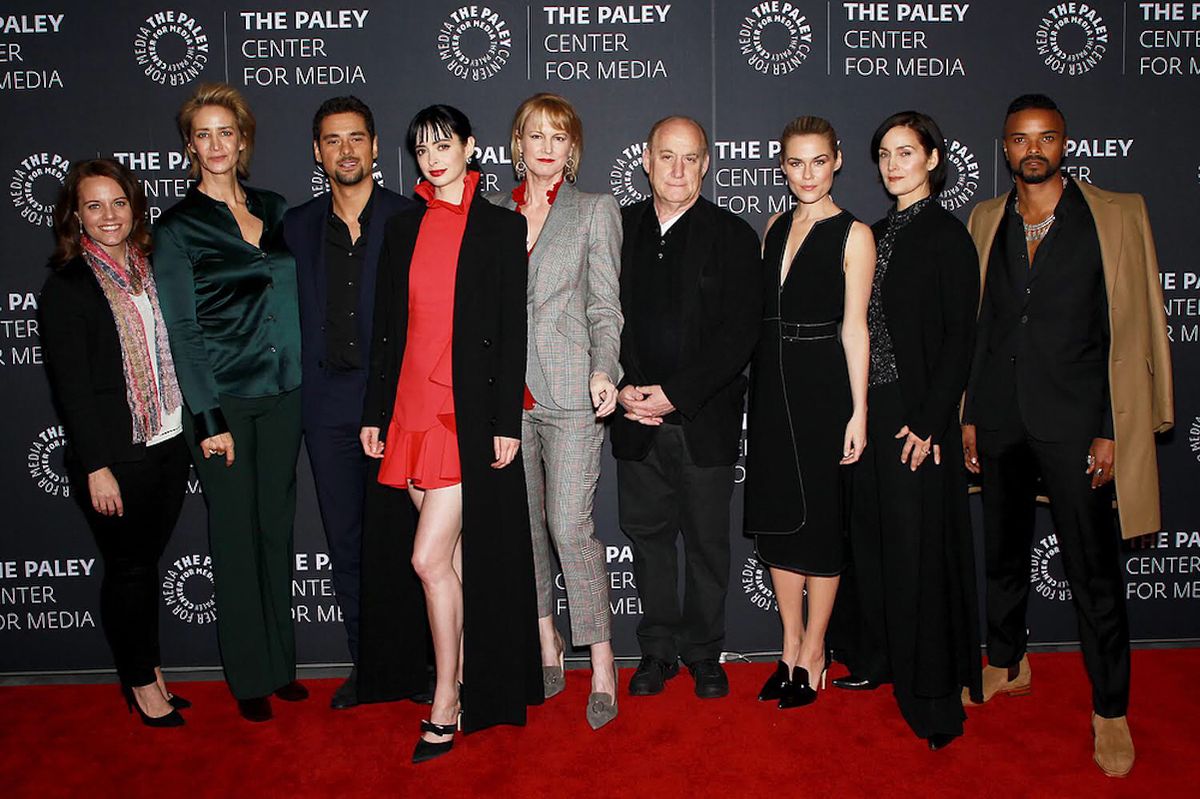 I wouldn’t describe myself as a Marvel “superfan”, but I LOVE “Jessica Jones” on Netflix—especially because it doesn’t feel like a superhero story. But when I went to the Paley Center in New York on March 8 for a screening of the first episode of Season Two, followed by a panel discussion with the cast and key creative personnel, I found myself geeking out with the Marvel fanatics in the audience.

During the panel discussion, the cast talked about their characters’ journeys, and the showrunners shared their insights about the themes in “Jessica Jones” and the production process. This "PaleyLive" event gave me an inside look into my new favorite Marvel story—and I loved every minute of it.

Take a look at what I learned about "Jessica Jones" that night:

1. There's a big difference in creating TV for a streaming platform versus a television network.

According to executive producers Allie Goss and Jeph Loeb, there's so much more creative freedom for storytellers in streaming TV that they would not get out of creating and writing shows for network TV.

The reason? There's a wider audience to capture, they explain, who are made up of varying races, genders, sexualities, ages, etc., while network TV tends to prefer specific demographics. To put it simply: platforms like Netflix allow producers and writers to tell stories for ANYONE—no matter who they are.

2. There is no “endgame” determined yet for “Jessica Jones” (in terms of how many seasons it will continue to run.)

Jeph Loeb made this clear to the fans in the audience: “You keep watching, we'll keep giving!”

The scene where Jessica and Trish watched the classic Noir film “The Killers” (1946) on the roof of Jessica’s building was a special nod to the style of the show. As Melissa Rosenberg explained, “Jessica Jones” was inspired by Noir structure with its dark, gritty tone and its use of voiceover narration as Jessica tells her story.

Ritter also did her own research in order to do the Noir genre justice throughout her performance. When preparing to play Jessica before filming Season One, she read Raymond Chandler’s detective novels and played Noir films in the background. In her preparation, she also developed what she called a “detective swagger” in her walk and her lean.

4. Krysten Ritter is also an author!

As if she wasn't already fierce, Krysten Ritter also wrote a book! During the 15 months of downtime between shooting the first season of “Jessica Jones” and “The Defenders,” she wrote “Bonfire,” a dark thriller novel.

And apparently she has a big fan of her work: “It is fantastic!” Rachael Taylor gushed.

Krysten described how she interpreted the character of Jessica as someone who has contempt for the superpowers that were forced upon her—an insight that caught Melissa Rosenberg off-guard.

Rosenberg then jumped in to respond to Krysten’s comments, mentioning that, even though the show is her brainchild, she had never considered the same idea that Jessica could be resentful of her abilities.

6. Hiring 13 female directors for Season Two was a sincere decision.

According to Melissa Rosenberg, the choice to hire only female directors for Season Two was both a conscious and genuine decision.

The goal for Season Two, Rosenberg explained, was to diversify the people behind the camera to create a better balance of representation. In the effort to hire female directors, Rosenberg and Allie Goss had narrowed the contenders down to 13 women, but as Rosenberg put it, they were all “seasoned pros with long lists of sexy credits.”

Rosenberg then shared that in this hiring process, Goss voiced a thought: “Why not just go with all 13?” And the decision was made.

7. Krysten Ritter and Jeph Loeb shared their tips for how to break into Hollywood.

When an audience member asked the panel to share advice for someone (like him) who aspires to work in movies and television, Krysten Ritter and Jeph Loeb quickly stepped up to drop some wisdom.


Jeph Loeb’s advice focused on having the right mindset to achieve that goal: “Tell people you don't want to wake up in your dreams,” he said, “tell them you want to wake up from your nightmare.” Specifically, he explained, this involves preventing others from swaying you away from your aspirations with negativity.


Krysten Ritter also shined a ray of hope for the aspiring professional: hard work pays off, even if you have no connections. This piece of advice, surprisingly, was based on her own personal experience starting out! “Sometimes this meant not going to the club on Friday night!” she shared.

8. Krysten had to speak in a deeper voice to match Jessica’s tough persona.

If you’ve ever seen Krysten Ritter in other roles, then you also know her for her super bubbly voice. So when taking on on the role of Jessica, Ritter was constantly making conscious efforts to talk in a deeper voice by “speaking down” into her stomach.

As Ritter explained: “My voice lives up here [pointing near her head] because I’m adorable.”

And that’s when Carrie-Anne Moss chimed in with the perfect response: “You ARE adorable.”

9. Rachael Taylor and Eka Darville both have British accents!

Speaking of voices, Rachael Taylor and Eka Darville had me fooled as they masterfully hid their accents in ”Jessica Jones”! But apparently I wasn't the only one at the event who was floored by this.

Jeph Loeb, who has worked on “Jessica Jones” since its conception, also had no clue. “You have an accent!” he told Taylor, causing the panel to erupt into laughter. “How did that happen?”

“So does he!” Taylor said, pointing to Darville, “we’re everywhere!”

Krysten Ritter gushed that she would love to see “Jessica Jones” do a crossover with “The Punisher” (also on Netflix), but it was Eka Darville’s crossover idea that had the audience cheering.

"Wakanda forever,” he said, as he crossed his arms into an X. And the audience went wild!

Stay hopeful guys— apparently your Marvel-crossover dreams aren't as crazy as you may think...

Which of these insights about "Jessica Jones" did you find fascinating? Tweet me your thoughts @missjulia1207!

Glorie Martinez
5845
Why I Write On Odyssey