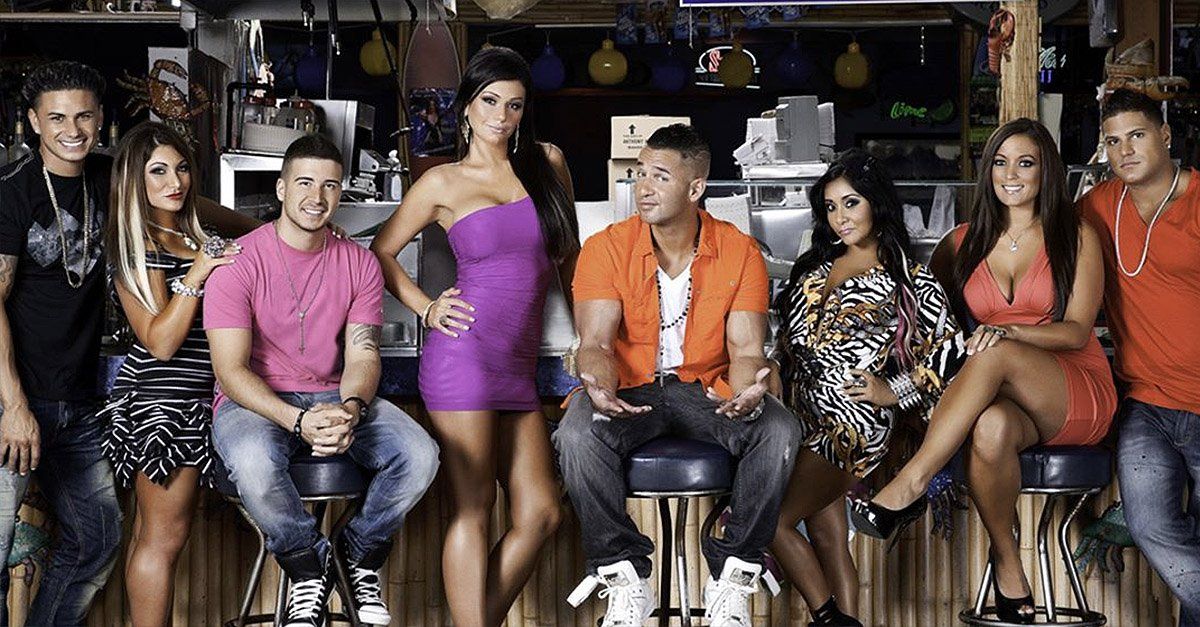 I have always been one that is super interested in what my Zodiac says about me as a person, and I have always had an extreme love for "Jersey Shore." I decided to pair the Zodiac signs with the cast members based on their personality traits, not their true Zodiac signs. Enjoy!

The Aries has always been seen as the leader of the zodiac and has a very outgoing personality. Much Like Mike, who often referred to himself as the leader of the house, and would always be the one to make plans for the group. However, don’t let the leadership qualities fool you, Mike was also a little bit of a snake, much like the Aries, he had stubborn and willful tendencies that often caused tension between the roommates.

The Taurus has two personality traits, calm or laid back, and hyped up, ready to party. This is Snooki in a nutshell, she, more often than not, would spend her days partying the hardest, however, she also had her moments of relaxation. Taurus’ are patient and supportive as well, which really speaks to the kind of friend that she is, always ready to listen to and support those she loved, especially her girls Jenni and Deena.

The Gemini is known for having the two personalities, as well as the flip from one to the other in a split second. Angelina was only on two seasons of Jersey Shore, and for that very fact. She went from wanting the approval of the roommates to almost purposefully causing drama amongst them. Angelina, much like the Gemini, had a hard time fitting in with the crowd, due to her constant change of personality.

The Cancer is known for their hard exterior and their superior work ethic. Those two traits are all you need to define the “Shore Store” owner Danny. He starts out firm with the roommates from day one of the show and puts just as much time into the store as he expects them to.

Leo’s are often dramatic and have a tendency to express themselves in very bold ways. Much like Ronnie, who was very over reactive on the show when it came to his relationship with Sammi, and often acted out in ways that were harmful at the moment. Don’t get him wrong though, he always came back and charismatically won the crowd over again, just like a Leo would.

The Virgo is one that is helpful and lives to prioritize their own wellbeing. Jionni, Snooki’s longtime boyfriend, and later husband was as helpful as he could be whenever she needed him, but at the same time, did not always appear on the show for his own well being.

The Libra is one that a person can find solace in, they bring happiness, peace, and clarity into the lives of those around them. Rodger is definitely the guido juicehead the ladies were looking for, however in Jenni’s time of need Rodger is the island, within the storm she was living. I believe that he brought her the peace she needed and due to that, they found forever happiness within each other.

The Scorpio is known to be the most intense of the all the zodiac signs, but they also can be rather wise. There is irony here because Sammi is one hundred percent the most intense of the cast members, constantly analyzing her relationship. For the most part, she is a wise human, but the irony comes in, due to the lack of wisdom she has when it comes to her somewhat toxic relationship.

The Sagittarius is by far the adventurer of the zodiac, and if that doesn’t scream Pauly D then I don’t know what does. Pauly is the hype man of the group, he is down for any and every adventure, and just like the Sagittarius, he is the most optimistic of all of the cast members.

Capricorns are very goal oriented and loyal, that being said they can sometimes have loftier harder to attain goals. Deena is the most loyal friend of all of the roommates. She and Snooki call themselves the meatballs and ride or die for each other throughout the show. She looks for love throughout the show, which is where the lofty goals thing comes in because it’s hard to find a forever man in the club.

Aquarians are a more complex being, due to their need for independence, yet their desire for acceptance. Just like Jenni, who comes off as a rather standoffish person, and her independent nature. Don’t get the aquarian wrong though, they will always stand up for what they believe in, even if it means punching one of your roommates in the mouth for getting you kicked out of the club.

The Pisces is the dreamer and healer of the Zodiac. Much like Vinny, always dreaming up schemes with his man Pauly, while also being the most level-headed of the bunch. Vinny rarely, if ever, lost his cool in any situation.

Each cast member of "The Jersey Shore" had their good times, and bad. However, at the end of the day, each person had a huge impact on those around them, much like the Zodiac.