Why "he's only 19" shouldn't be an excuse anymore. 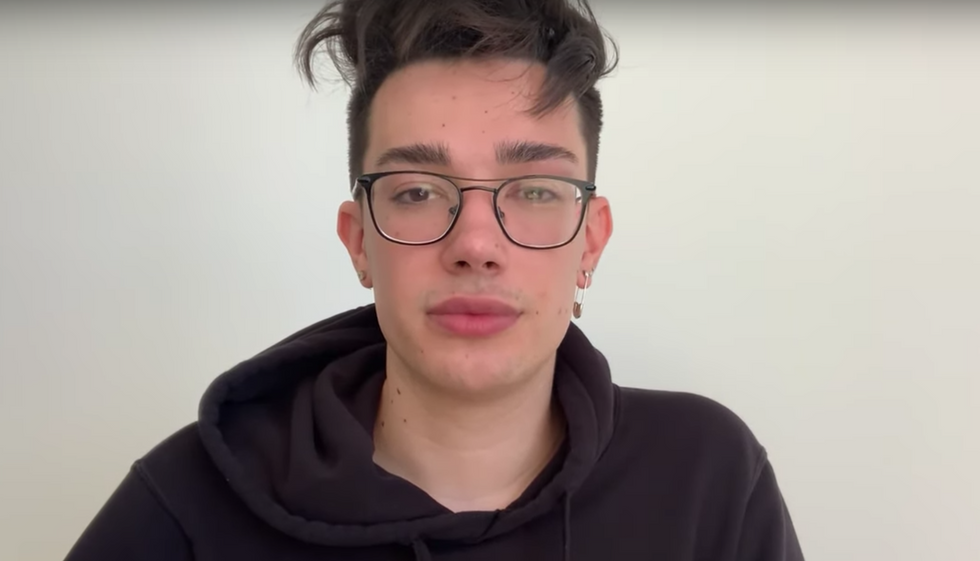 James Charles has had a problematic rise to stardom.

It seems like he's always in some type of drama in the beauty community. Unless you've been living under a rock, James is currently in the middle of another situation with Tati Westbrook. On May 10, Tati posted a video entitled "BYE SISTER" in regard to James Charles.

While at Coachella, James posted an Instagram story that was sponsored by Sugarbear hair vitamins. He claimed that the company got him security at Coachella so, in return, he wanted to promote their product. Not only did we find out that was completely false, but it was like a knife to the heart to Tati. If you don't already know, Tati owns "Halo Beauty" and she also sells her own vitamins. Understandably, Tati was hurt and expressed that to James, who later half-assedly apologized because of the backlash he got from it.

In Tati's 43-minute video, she speaks about the start and the end of her friendship with James. Since her video, a lot of people have spoken up about their experiences with James. Many celebrities (including Kylie Jenner, Katy Perry, Jeffree Star, etc) have unfollowed James and he has lost nearly 3 million subscribers on YouTube.

James has been known to talk about his experiences with boys... especially straight boys.

In Tati's video, she explains that James would often act inappropriately, especially at a restaurant during Tati's birthday dinner. According to Tati, James gave details on what he wanted to do to the waiter and when Tati told James he was straight, James said that he didn't care because he was a celebrity.

So, in case you aren't following along, James Charles thinks his (no-longer) celebrity status is the key to manipulating boys (straight boys, for that matter) to like him and because he has money and fame (well... had), he feels as if he can threaten men who don't reciprocate the advances made by James.

James has made countless videos for his (now failing) YouTube channel with multiple men who are straight and who James flirts with, making them uncomfortable. Many of these instances can be found in this video.

The waiter (named Sam Cooke) himself ended up making a video and sharing it with the world. He explained that he DM'd James the next day and James asked him to come to his hotel room. Sam did and he stated that he and James were intimate. Afterward, James kept asking him not to leave, but he did anyway. He originally told James that he was bicurious, but after the intimacy, Sam told James that he was confident that he was straight. Instead of understanding and moving on from that, James told Sam that he "wasn't straight no matter how many times he told himself". James tweeted this about the situation:

Singer Zara Larson took to Twitter about James as well, mentioning that James had DM'd her boyfriend even though he knew he was straight.

Jeffree Star also took to Twitter about the drama in the beauty community and posted these (now deleted) tweets:

Long story short, James Charles has been accused of predatory behavior and it's time for people to stop dismissing these allegations by saying, "Oh, he's just a kid," or "He's too young to know what he's doing."

James Charles is a 19-year-old millionaire. He has said MULTIPLE times that he only goes for straight guys and now that he's being exposed, he has nothing to say.

Stop excusing predatory behavior if someone is 19.

Stop excusing predatory behavior because someone is famous.

Stop excusing predatory behavior because someone has money.

Predators are predators, no matter who they are, what they look like, how much money they have, or what age they are.