Jake DeBrusk Proving His Worth to the Bruins
Odyssey

Jake DeBrusk Proving His Worth to the Bruins

The rookie is showing why the Bruins selected him 14th overall in the 2015 NHL Draft. 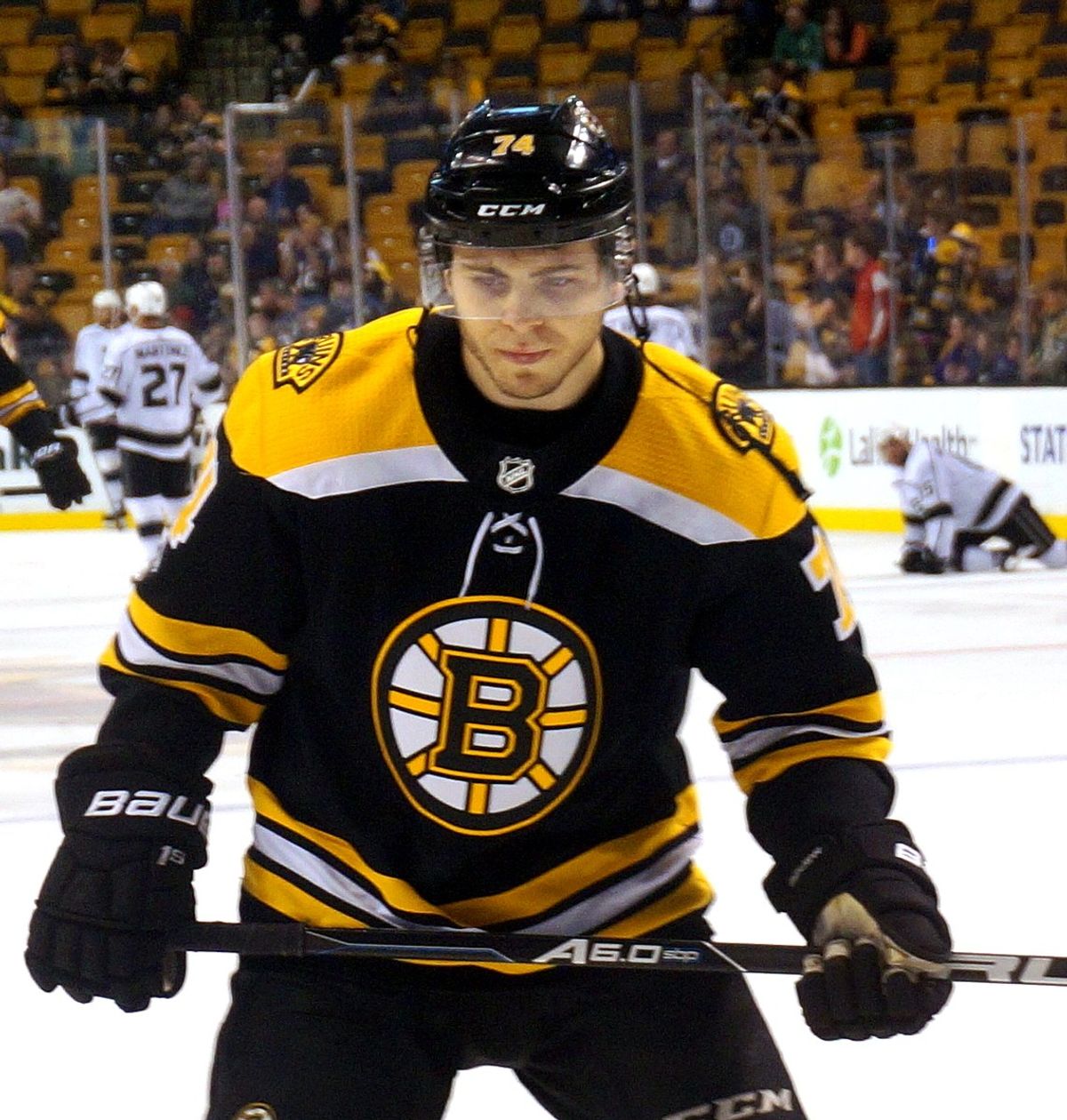 During the 2015 NHL offseason, the Boston Bruins made two unexpected trades that sent shockwaves through the league.

On the day of the NHL Entry Draft, the Bruins traded away Milan Lucic to the Los Angeles Kings for the 13th overall pick in the same draft plus two players (Martin Jones and Colin Miller) as well as shipped Dougie Hamilton to the Calgary Flames for the 15th overall pick and two second round picks in the 2015 draft, it was clear the Bruins were going in a brand new direction.

With the team already owning the 14th overall selection in the draft, the Bruins sandwiched their own pick with two new ones, and were thinking of trading their new assets to make a big splash at the draft and moving up to the top of the draft board to take one of the more elite talents.

Hours passed, and the Bruins eventuallydecided to stand pat with their draft picks and make the three straight selections they possessed. With the new first round picks the Bruins acquired from the Flames and Kings, the Bruins drafted Jakub Zboril and Zach Senyshyn. Both prospects haven’t made an appearance in an NHL game thus far. However, the player they selected with their own draft pick has already made a big impact with the team in his first season with the team.

Jake DeBrusk, selected with the 14th overall pick in the 2015 NHL Draft, was seen as a bit of a reach when the Bruins selected him. With players like Matthew Barzal and Kyle Connor each selected after the Bruins made their three selections, many fans and analysts thought the Bruins would regret taking one of, if not both of those players. Meanwhile, DeBrusk has proven the Bruins that they made the right choice by picking him.

In his rookie season, DeBrusk played on center David Krejci’s wing and record 43 points with 16 goals in 70 games, tied for 11th in the NHL in rookie scoring. He helped the Bruins finish second overall in the Eastern Conference in the regular season, but arguably his biggest impact has been in the Stanley Cup Playoffs.

In the first round of the 2018 Stanley Cup Playoffs, the Boston Bruins faced off against their division rivals, the Toronto Maple Leafs. After the Bruins took a commanding 3-1 lead in the best-of-seven series, Toronto battles back to force a Game Seven. Down 4-3 entering the final period of the series, DeBrusk scored the game-winning goal, his second of the game, as the Bruins won the game 7-4 to move on to the second round of the playoffs. DeBrusk finished the series with five goals and two assists to finish the series with at a point-per-game pace.

In Game One of the next round against the Tampa Bay Lightning, DeBrusk showed he could do more than just score. His persistence and dedication to his team was on full display after he was shown in clear discomfort and pain during one of his shifts. He proceeded to block a shot and dive for the puck to clear the zone before slowly heading back to the bench.

DeBrusk currently leads all rookies in playoff scoring with eight points, three more than the next rookie. His six goals in the playoffs also lead all rookies, and place him fifth overall in goal scoring in the postseason thus far.

With Boston still in the middle of an intense series against the Eastern Conference leading Lightning, the team is hoping that DeBrusk continues to produce for a Bruins team that showed their faith in him when they drafted him 14th overall in 2015.