It's Time For Boise State To Part Ways With Scott Yenor 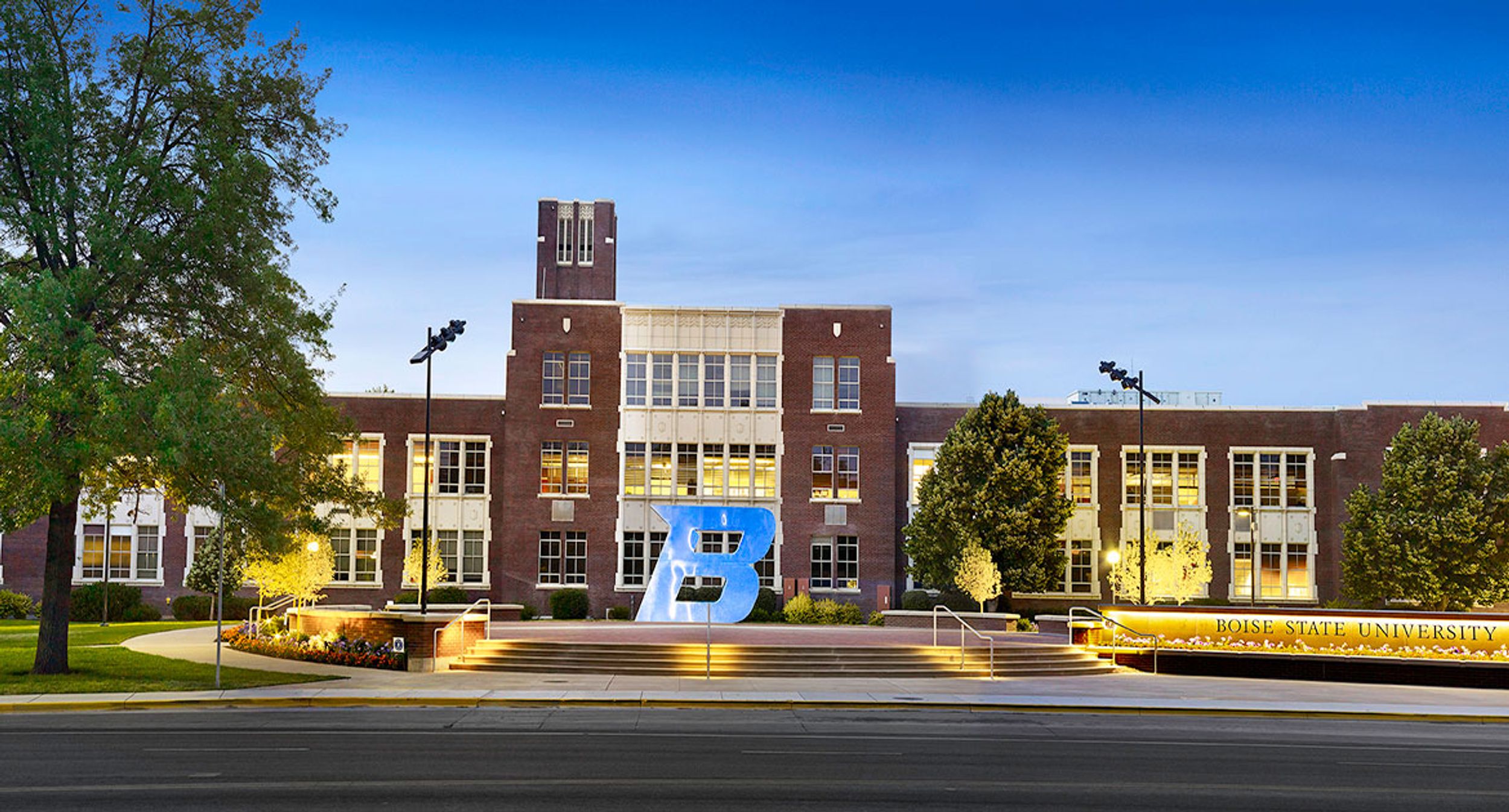 The events unfolding in Virginia as I sat down to write this are a clear indicator of one fact: The status quo is not politically neutral. There is no such thing as political neutrality.

As the gap widens between Americans political opinions (that is, the Alt-right/ White supremacy vs. Leftism/Antifa), these issues are only likely to become more divisive. Donald Trump campaigned partially on the notion of reuniting the country.

This was easy for him to do because many folks scapegoated Obama for a growing divide when in reality ever-increasing polarity is the underlying cause. The moderate solution to this question is now—and has been—to simply try to resolve differences. The simple fact of the matter, though, is that some political questions are not negotiable, and we need to stop pretending that they are.

This means, then, that there are some issues where a "politically neutral" stance is in fact siding with the oppressor. Homophobia and transphobia are two of those issues.

This brings us to my hometown. Boise is a blue dot in the red sea that is Idaho. While Boise is not a political safe haven by any means, the city does some things right. Boise has established and maintained refugee centers, has heavy emphasis on music and arts, and boasts the most diversity in the state of Idaho.

Boise State University, however, seems slow to respond to Boise's political climate. If Boise State wants to demonstrate an ounce of political responsibility and respect for their students, this is an important chance.

Meet Scott Yenor. Yenor is a professor at Boise State who specializes in family politics, but at the university he teaches political philosophy and constitutional law. Although there are a plethora of mind-numbingly negative experiences that people who have taken classes from Yenor can recount, I won't be able to speak of that here due to slander law.

Furthermore, I'd rather leave these questions up to university investigation as opposed to hearsay. As is, there are a multitude of morally reprehensible notions in Yenor's writing which constitute a dangerous ideology that warrants separation from the university. Let's focus on that.

The primary piece I'd like to call attention to is one he published just 10 days ago titled "Transgender Activists Are Seeking to Undermine Parental Rights." Although the bulk of the content is repulsive, I will emphasize just a few passages.

This is a blatantly inappropriate statement and frankly the root of much homophobia. Yenor is obsessed with the idea of procreation within heterosexual marriage (which, by the way is possible for queer folk). As if it is not bad enough that this man is quite literally endorsing the obsolete, archaic notion of sex roles, he has just informed the public that he believes one type of relationship to be inferior to the others. Let's be clear: that belief is one which is frequently used to justify exclusion of queer folk and depict them as a threat to society. It should come as no surprise that this appears immediately underneath the passage.

Yenor does not believe that queer folk are as fit to raise children. Pardon me, Scott, I forgot that straight couples are doing so well. Yenor frequently fails to evaluate his arguments in context of the whole status quo, though.

As if somehow children in the US never make life-altering decisions before the age of consent against their parents' wishes...

But Yenor's utopian view of heterosexual families raising kids is evident throughout the entire piece. Yenor repeatedly defers to parental rights and parental choice as if parents are all knowing-Gods who could restore society if only the left would just let them be!

This is deplorable when we live in the state of Idaho, where it is still legal to disregard children's urgent medical needs in the name of "faith." In fact, so-called "faith healing" cases are responsible for multiple children's deaths every year in Idaho. But no, the degradation of sex roles is what's destroying the integrity of the family unit and our society.

Yenor also frequently discounts the importance of gender. Throughout his entire article, he puts the words gender identity in quotations. Couple this with his arguments about sex roles and Yenor's message is clear: There are only two genders each of which has a certain set of behaviors which ought to be followed in order to promote societal good.

Deviation from this truth must be excluded, punished, and under no circumstances promoted.

Trans folk have some of the highest suicide rates amongst any demographic in the world. Ideology like Yenor's promotes the anxiety that non-cis people feel about their gender. His work also sends the signal to trans folk that they ought to feel excluded. The rate at which trans folk are killed, also unparalleled, is fueled by people who believe that deviation from one's biological sex and "heterosexual desire" is to be punished.

These statements cannot be excused. Make no mistake, the people who are running counter protests over in Virgina, the alt-right, and white supremacist groups share one idea: They truly believe they are fighting for their way of life.

They actually live in fear of white genocide.

Yenor's propaganda is precisely the foundation for these actions. At the end of the day, it asks individuals not to accept certain lifestyles because they "pose a threat" to the way of life they deem best.

Google was willing to take this step because they recognize that political neutrality is not always an option. The university is one of the primary sites for shaping the political world. If we even remotely share in Yenor's concern for future generations, then it's time for Boise state to step up.

P.S. Don't bother approaching this article with the "This is equally intolerant" BS.

Please take a moment to sign and rally against homophobia and transphobia in academia.