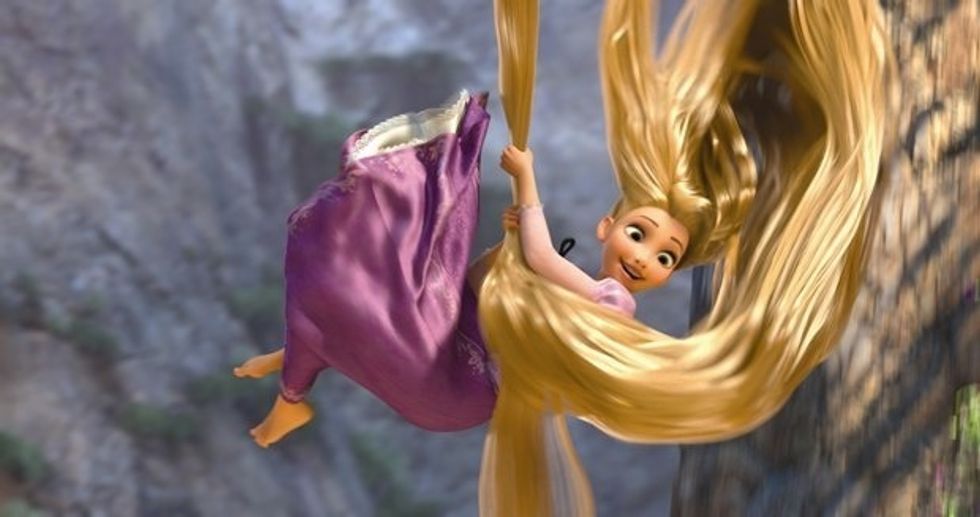 The last time I got my hair cut, it was for a purpose.

I was ten years old, and my dad had just been diagnosed with cancer. To support him as he lost his curls, my mom and I both did the chop. My hair was long at the time, but that didn't matter. What mattered was that, as a family, we threw away our hairbrushes. After all, it's just hair.

But is that the truth? Are those strands on our heads just dead cells, and nothing more?

For years I've wrestled with the question, Should I do it? Should I cut my hair again? However, I always seem to hold back thinking about celebrities and historical figures who came to fame because of their do's, and whose hair was known, loved, and emulated by many.

Take Farrah Fawcett for example. When she made her debut appearance in Charlie's Angels in the 1970s, her iconic blowout became one of the most wildly popular hairstyles. Her hair was her image.

The Beatles, on the other hand, took the world by storm with their mop-tops. While many at the time thought the haircut was incorrigible, it changed fashion forever by ingratiating people to the idea that a man's hair can be as long- if not longer- than a woman's. Their hair was rebellious.

And don't even get me started on the European aristocracies! If hair is just hair, then what's the need for all those insane looking wigs?

Even in the Bible, hair was of huge importance. The story of Samson describes how his long hair gave him the power to do incredible things, like taking out a whole army using only a donkey's jawbone or slaying a lion with his bare hands. But if his hair was cut, he could no longer perform these superhuman feats. His hair was his superpower.

Shirley Temple, Amy Winehouse, Twiggy, Marilyn Monroe, Brian May, Keri Russel, Jennifer Aniston, Bob Marley, Diana Ross... the examples go on. And yet I keep asking myself, should I do it?

I've asked many trusted friends and family members what they think I should do with my mane, but the answer is almost always, "NOOOOO! DON'T CUT IT!" or "Your hair is so YOU, you just CAN'T get rid of it!" as if my hair was somehow magical, or it could heal people if I start singing an incantation like Rapunzel.

I mean for God's sake, I had bangs for 12 years because growing them out would've made my grandma "sad". (Sorry Gram, still love you though.)

No matter what anyone said, something inside me always wanted to try it.

Maybe it's because I keep picturing my dad, bald as a cue ball, laughing as he put lotion on his head. He looked at me, laughing, and let out a resounding, "It'll grow back!"

His never did grow back, but it occurred to me that maybe there was something to that statement. After all, it's not the hair so much as its resilience that we idolize. We know that no matter what we do to our hair, it's going to keep growing. And hey, if Britney Spears can come back from shaving her head in 2007, you can come back from whatever you're going through.

Our hair grows behind the scenes of our day-to-day life, and to me, that's pretty beautiful. Maybe that means we're always growing, too.