It's Not Religion, It's A Relationship
Odyssey

It's Not Religion, It's A Relationship

God doesn’t call the qualified, He qualifies the called 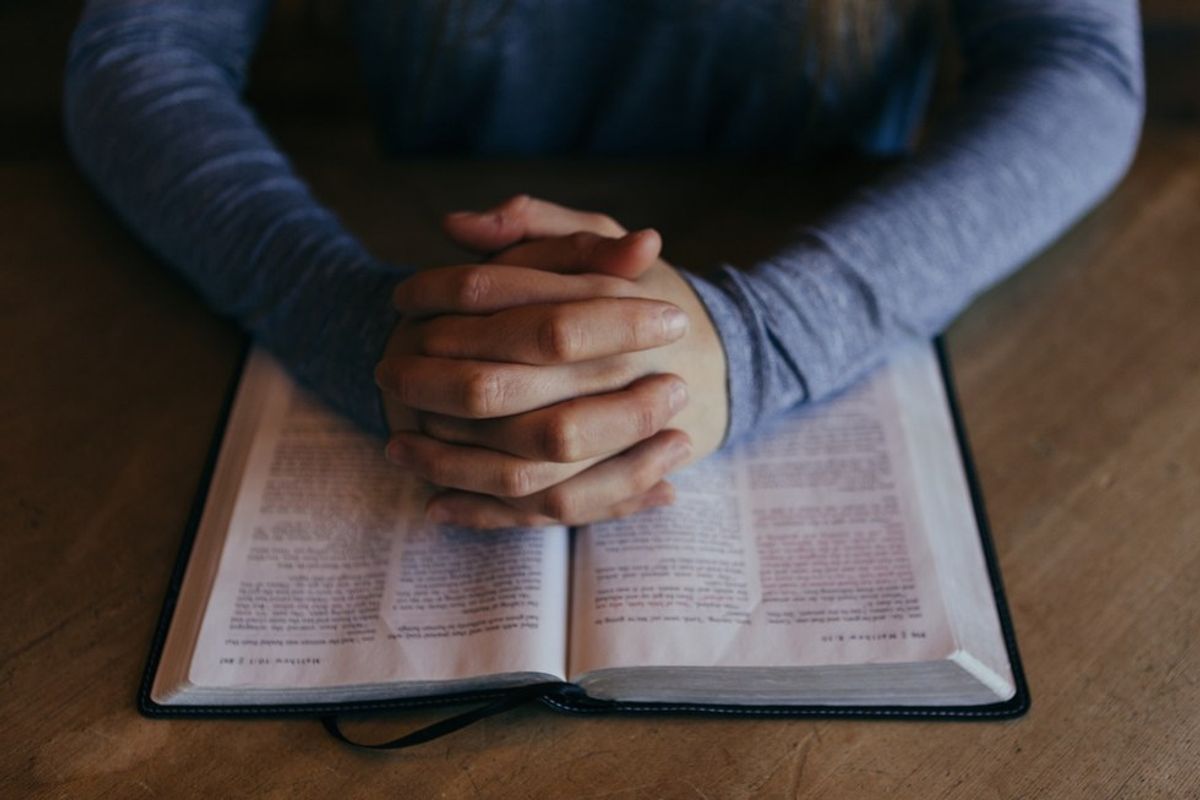 “If someone accused you of being a follower of Jesus, what evidence would they have?” Probably one of the most convicting questions I had ever been asked.

When I was asked, my church had just finished a series on Joseph. Obedience. Faith. Trust. Desire. Perseverance. Love. All of these words come to mind when thinking about Joseph’s life and the trials he encountered. Most importantly, it reminded me of how God is always with us, no matter where we are at in life.

Now, looking back at the story, I can apply a trend that seems to be quite popular in the Bible. Joseph had a personal relationship with God, but not a private one. He didn’t kind of mention God in awkward conversation. He bragged about how amazing his God was and all of the great things He can do!

Which brings me back to the question, if someone accused me of being a follower of Jesus, what evidence would they have? Do the words I say reflect His? Do my actions show that of which Jesus would be doing if he were in the situation? Does my life revolve around God and what he is doing or am I expecting Him to be following me? Everything we do matters. You may not even realize what The Spirit is doing through you that will greatly impact others. I could name specific people in my life that have zero idea how they have inspired me and encouraged me to walk closer to The Lord without even trying.

So why is this a subject to avoid? Why do we tiptoe around the topic, scared that if we actually say the word “Jesus” it is going to scare people away? Why is it so awkward?

I think the struggle is that people jump to conclusions the second God’s name comes out of your mouth. “Oh, she’s religious.”, “So she is going to judge me”, “I’m a bad Christian and she is here to tell me that”. People confuse religion and a relationship with Jesus. In the words of Jefferson Bethke, “One is the work of God and one is a man-made invention. One is the cure, the other is the infection. Because Religion says do, Jesus says done.”

That is the thing about having a relationship with Jesus, it isn’t a checklist to be completed. When Jesus came down to Earth he didn’t “follow the rules”. Let’s not forget that religion was a thing before he came, and Jesus criticized the religious people, blaming them for the murder of all godly people. He came and spoke the truth about the kingdom. He found people to walk with him and told others not about what you have to do to get to Heaven, but about how God wants to bring His kingdom down to Earth. He didn’t tell us what we needed to do in order for God to love us, but that we are already loved endlessly by Him.

You see, a relationship with Jesus is something I want the whole world to know about. I want to be so close with Him that I can’t help but tell people. I don’t want it to be an awkward conversation where people are worried I am about to judge them or try to convert them to a lifestyle they don’t want. We can’t change anyone’s hearts. Only God can. We are just the messengers. We are the mistake making, just as sinful as you, messengers. We are not here to tell you all the things you have to change in your life so that God will love you. We are here to say that he already does. And He wants you to come home with Him. It isn’t an act of religion; it is an act of love. It is personal, but it is not private.

For those that don’t already have one, it is a relationship you don’t wanna miss out on. For those that do I ask, if someone were to accuse you of being a follower of Christ, what evidence would they have?

“It is in Christ that we find who we are and what we are living for.” Ephesians 1:11