Speaking of sexual assault with locals has helped me see how it comes in many forms, but the one constant thing is that it's not their fault. 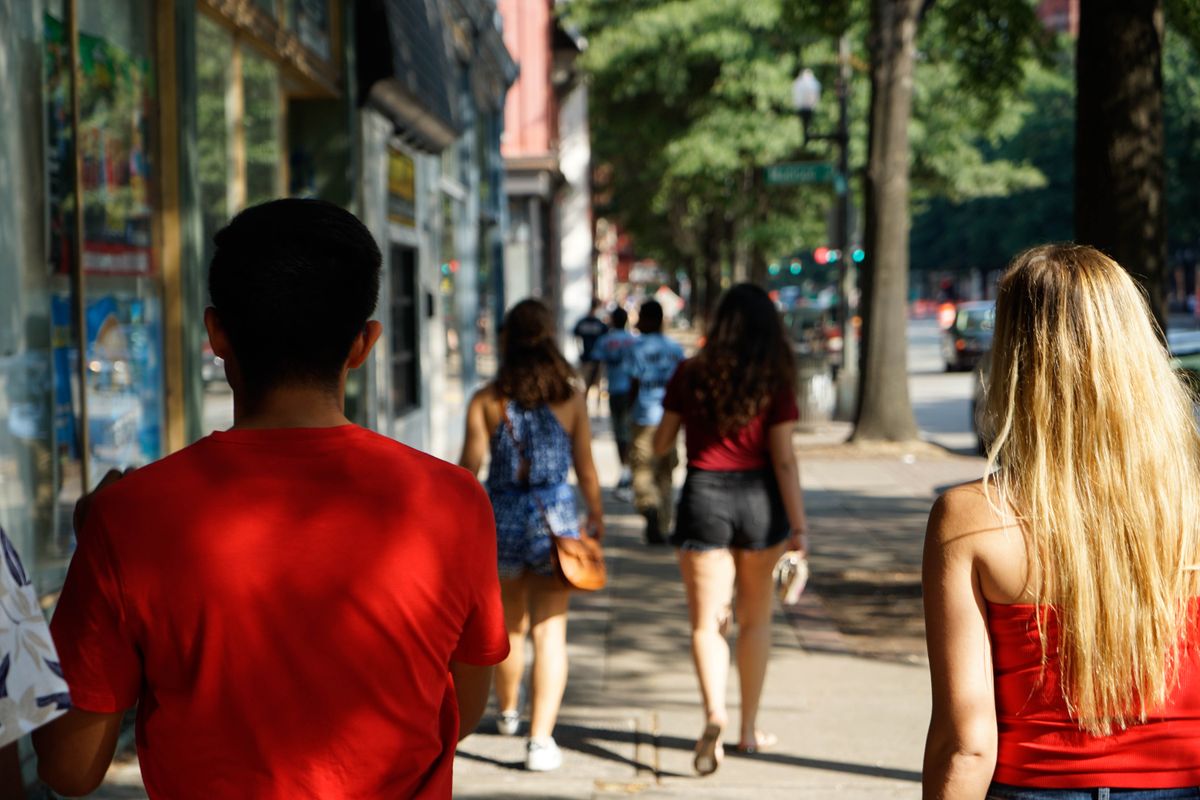 On numerous occasions when sexual assault and rape has become the topic of conversation, the conclusions tend to revolve around this concept that it's the girl's fault for getting in such situations. People are so quick to judge and say that it's her fault instead of justly viewing the situation between both genders. Over the past few years doctors, social scientists, feminists, and other professionals have been speaking up about sexual assault however society is still biased when viewing what goes down.

Since last Sunday, VCU police have been trying to track an Uber driver following a report of a sexual attack that involve a current VCU student. Around 4am the student got into a Toyota with an Uber sticker displayed on the side window near W Cary St. The report states that right before dropping her off the driver grabbed the girls breasts and forced her hands down his pants. Not only has this created a wave of concern throughout the student body, but as previewed in the CBS news report, many female alumni are uneasy thinking "that could have been me."

There has been an uproar of controversy after this news reports because many are pointing fingers at the girl and asking why she was out so late, while others are more concerned with how she was still assaulted when the Uber's job was to take her home safely. This story sends chills down my spine because there has been a number of times where I didn't want to walk home alone in the dark to avoid this type of situation.

She probably had akin intentions as I would, and it's heart-wrenching to see that she was still attacked. However, what's crawling under my skin, even more, is how society is perceiving this event. As mentioned earlier in the article, people are quick to say - it's her fault - and it's hard to hear that even when this young lady was trying to be safe, people are twisting the outcome of this story. Just because she was out late does not mean she was intentionally trying to risk her safety.

This incident pushed me to speak up about my personal experiences with assault and to see how many of my friends have experienced something similar to it. While I was interviewing a sexual assault victim, a Starbucks barista chimed in with her personal experience. After disclosing her experience to me I was appalled.

The barista's coworker had laid hands on her as she was trying to get in her car and after the incident, she said, "it made me feel like an idiot. I had to take twenty fucking showers to get the feeling of his fucking hand prints off me."

This comment struck a note in the victim I was interviewing, who opened up their story about how he lost his virginity and became a rape victim at the same time, however, nobody took him seriously enough because he's not a female. It's unfortunate to see how both genders are adversely affected when society doesn't judge the indecent properly in such vulnerable times. Speaking of sexual assault with locals has helped me see how it comes in many forms, but the one constant thing is that it's not their fault.

Nicole Marie Nigro
Individual Creator
5996
c1.staticflickr.com
Where to start...... Let me start with the cliche that life throws us curveballs and what we do with it is what counts.