How Ithaca's Freshman Orientation helped me feel more at home

How Ithaca's Freshman Orientation helped me feel more at home

Freshman orientation was an adventure and I had so much fun in 3 days, imagine a whole school year. 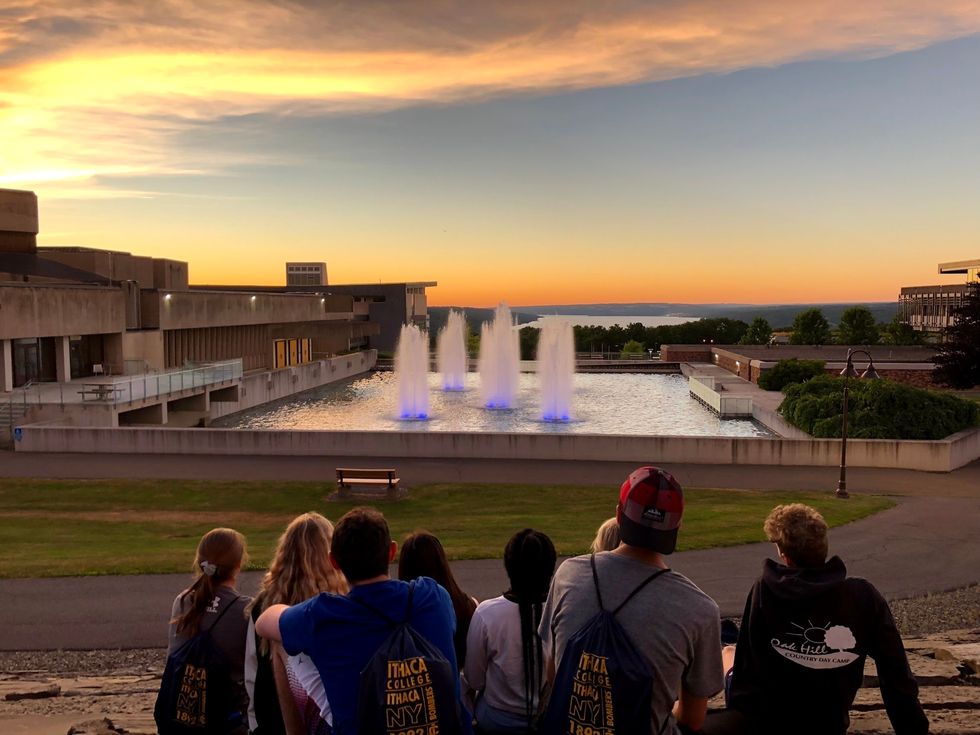 Now I've been a graduate from high school for almost a month, and I've been eighteen for less; never did it feel real that I was going to college until freshman orientation. Ithaca's freshman orientation was one of the best experiences for me, I got to make a lot of cool friends and my advisors were really helpful when registering for classes. It feels so real now, I'll be in Ithaca in two months.

Originally when I signed up for freshman orientation I had no idea what was in store for me. My mom and I had just chosen one of the earliest dates because we didn't want this to interfere with my work schedule. Now I can't even imagine going another date, this three-day trip is where I found my roommate.

Ithaca's freshman orientation is a good way to get to know the campus, trust me we did a lot of walking every day. I stayed in the Eastman Dorm with my temporary roommate Olivia; funny enough we didn't properly meet each other until the end of the day when it was time to sleep. Registration was from 12 p.m. to 3 p.m. on Wednesday, my mom and I arrived on campus around 2:30.

I went through the check-in tables and at the end, I was given my dorm room number, my room key, and this little beeper thing that lets students into dorm buildings. So the first thing my mom and I did before the meetings was make my bed, my room was on the second floor and it had a nice view. Scanning the room, I saw that Olivia's stuff was already set up too, I was hoping we would run into each other before the meetings, but no such luck I met her a lot later.

Orientation was filled with group activities (Go Group J!), class prepping (Go PARK!), and a lot of new experiences along the way. The group activities are actually how I found my roommate for the fall; before meeting Stephanie I didn't even really think about finding a roommate, I was going to let the selection be random. Steph is from Massachusetts and has a major in Occupational Therapy, and I honestly spent most of my three days with her and Tara.

Now besides group J being dysfunctional with question games and Stef, Tara, and I having fun at "club o", the rest of Wednesday was quite funny and uneventful. Day two was the day they put us into groups by our majors. How good did it feel to be in a group of film-lovers who understood me.

There was even a time where the Academic Advising center chose kids to play the price is right. I actually won a gift card to the school store and I'm pretty happy about it. There were a lot of meetings that day, so playing the price is right was a good break in between things.

After all the general meetings we split up, I was so excited to be back in the Park building. In group J there were already three park majors including me, so it was cool that I could walk there with Tara and Rihanna and already know some pretty dope people. A moment I'll never forget is when Tara and I were walking and talking about videos' quality.

We were talking about our favorite parts and different uses of the camera and angling when Edie and Will join on either side giving their input. I remember I how Will, Edie, and I started talking about different films and their cinematography. It was so funny how quickly we bonded over cameras and proper lighting.

Evey turn of my stay was filled with laughs, I am so glad I came and met so many dope people. Ithaca is about to be my home in the fall and I sure am ready for what's in store for me. Thank you, Ithaca for already making me feel at home.