The effectiveness of virtual schooling.
Odyssey

Virtual Schooling: Is It Effective?

As a former virtual school student, I decided to examine the effectiveness of the practice. 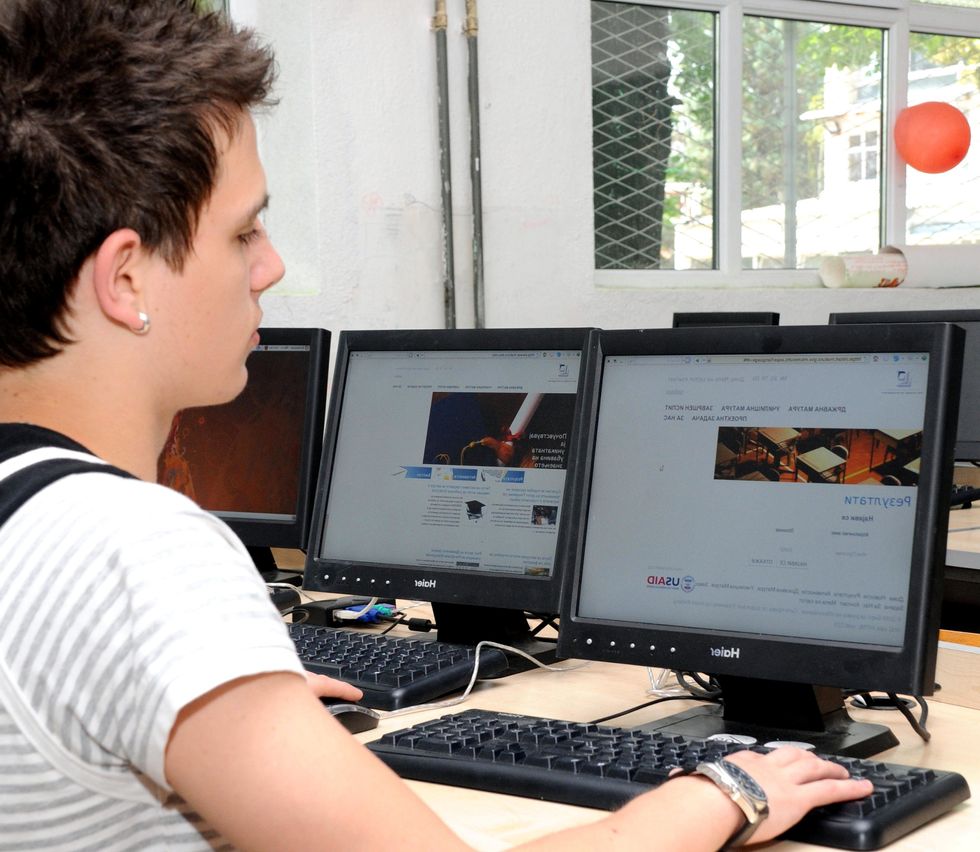 With the ever-increasing prominence of technology in today's world, it is no surprise that the availability of online education options is significantly increasing as well. With this significant increase, comes the inevitable in-depth examination of the pros and cons of virtual schooling by individuals who are, to some extent, involved in the realm of education. Both Anya Kamenetz's piece "Virtual Schools Bring Real Concerns About Quality" and Anne L. Bryant's "Are Virtual Schools a Sham?" contribute to this by specifically examining the quality of education that is provided by online education platforms. While both rhetors of the articles have a well-established background in education, and thus possess a plethora of knowledge as it relates to the most up-to-date information in the field of education, they did not take the same "route", if you will, to get to where they are today. Additionally, both rhetors utilize appeals to ethos throughout their articles as a means to enhance the credibility and reliability of them. However, Kamenetz's article also employs appeals to logos throughout, whereas Bryant's employs appeals to pathos throughout, yet both function as a means to further enhance the credibility of the articles. Moreover, the intended audiences for each article are similar, but differ slightly due to the overall tone of the two articles.

Both Anya Kamenetz and Anne L. Bryant clearly possess a background in education that is exceptional and beyond satisfactory. However, the way in which they came to possess their backgrounds in the field do differ. Anne L. Bryant, who wrote "Are Virtual Schools a Sham?" currently holds the title of Executive Director of the National School Boards Association and has written numerous pieces on education, specifically K-12 education, as well as issues surrounding the education sector. On the contrary, the author of "Virtual Schools Bring Real Concerns About Quality", Anya Kamenetz is currently the lead education blogger for NPR and has written a multitude of articles on issues concerning the education sector. While both authors' achievements and past experience may aid the articles in being seen as more credible by the readers, as well as help to firmly establish the perspective of each author, Anne L. Bryant's current professional position being the Executive Director of the National School Boards Association could be seen as a constraint of her article. In other words, because of the fact that her position requires her to work closely with school boards, that obviously view public school education positively, she could potentially be perceived as having a bias towards the public school system and the education that it provides.

Both of the rhetors utilize appeals to ethos through the implementation of ideas from experts in the realm of education that support their claims. Throughout both pieces, the rhetors continually back up their claims by employing particular sections of the articles that are written by experts, to illustrate that the claims the rhetors are making, are indeed valid. For instance, in Bryant's article, she references an article written by John E. Chubb who is a "visiting fellow at the Hoover Institute and founder and chief executive officer of Leeds Global Partners…" (thus establishing his credibility) when she is discussing ideas about advocates of online schooling and the government's role in this type of education. Specifically, when exploring the role that the local government should play in the online education system, Ms. Bryant deliberately includes that in the article that she is referencing, Mr. Chubb "takes aim at local governance as an obstacle to online learning and proposes a system where every family would have the option of a government-funded virtual education for their children.", therefore validating Bryant's claim that "…some lawmakers don't seem to care." This enhances the credibility of the piece because of the inclusion of quotes from Mr. Chubb who is knowledgeable as it relates to this subject.

Additionally, Kamenetz's article appeals to logos while Bryant's appeals to pathos. Kamenetz does this through the implementation of various statistics in order to give credibility and validity to the ideas that she investigates throughout the piece. For example, when considering the academic ratings and graduation rates of virtual schools, Kamenetz makes sure to include that "Of those full-time schools that have academic ratings, a…report found…that two-thirds are rated academically "unacceptable". and that "…their graduation rates are less than half the average of all public schools." Bryant, on the other hand, utilizes appeals to pathos through the use of emotional language, as a means to enhance how valid the audience perceives it to be. She uses language like that which is in the sentence "…some of these institutions…charge exorbitant rates and leave students –many low-income minorities –with crushing debt and no chance of employment." and use of this type of language, in turn, affects the audience emotionally, which significantly increases the likelihood that the readers will consider her claims to be valid.

Though both articles discuss the quality of virtual schooling, the audiences for each piece varies. This is primarily due to the fact that Ms. Bryant's article takes on a more negative viewpoint and thus is catered more towards those individuals who share that same perspective. The fact that Kamenetz's article examines both the positive and negative aspects of virtual schooling, shifts the audience for that piece to become individuals who are curious about the concept of virtual school and the quality of education it provides. Through the information presented in both articles, the rhetors effectively examine the quality of education that is provided through virtual schools. They utilize a multitude of rhetorical devices, notably appeals to ethos, logos, and pathos to establish the credibility of their piece. Moreover, their target audience is established through the perspective that they adopt throughout their article.