Iraq: Home to the Holy Sites of Shi'a Islam

Iraq: Home to the Holy Sites of Shi'a Islam

In a country of instability, Iraq flourishes with the beauty of its lavish Shi'a shrines. 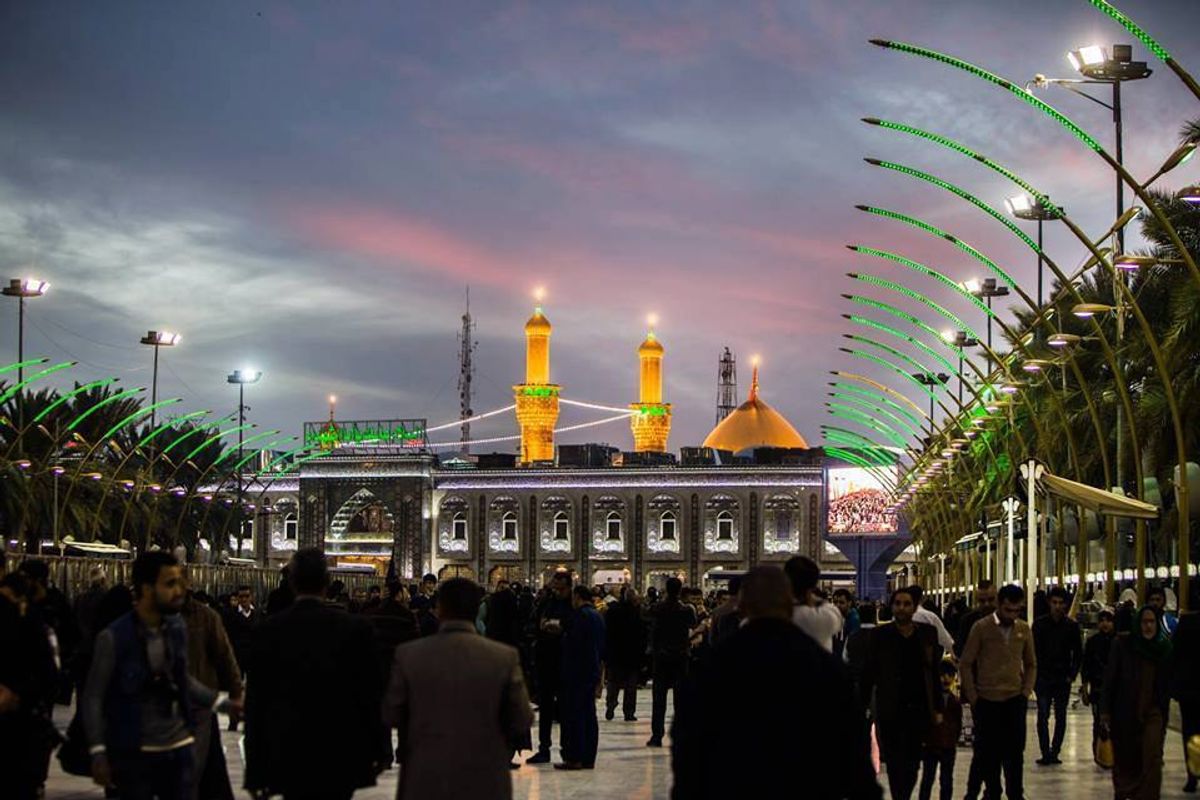 Iraq, with its rich history, is also home to some of the most important holy sites for Shi’a Muslims. Islam divided into the sects of the Shi’ism and Sunnism in 632 C.E. as a result of difference in who was to succeed Prophet Muhammad (Peace Be Upon Him) after his death. The Shi’a believe the rightful successor to the Prophet is Ali, the cousin and son-in-law to the Prophet. The Shi'a also believe that the succession should continue through the Prophet's family (Ahl-ul-Bayt). They also believe in Imams as their political and spiritual leaders. The Sunnis, on the other hand, believed the succession should continue through the Prophet’s close friends and companions.

While Sunnis make up the majority of Muslims in the world, the Shi’a are the majority in countries such as Iraq, Iran, Lebanon, Azerbaijan, Bahrain and Yemen. Six of the 12 Imams are buried in Iraq and their shrines are considered to be some of the major places for visitation by Shi’a all over the world.

The shrine of Imam Ali ibn Abi Talib, the first Imam and fourth successor of Islam, is located in the city of Najaf, south of Baghdad. The shrine was built atop of Imam Ali’s tomb in 977 but was burnt down. It was later rebuilt two more times, the last in 1500. The shrine, like other Imam shrines, is covered in pure cold from the 7,777 tiles covering the dome and the two golden minarets made up of 40,000 gold tiles each.

Inside the shrine are mirrored tiles and silver walls, with decadent diamond chandeliers.

Imam al-Hussein's tomb is covered in solver and gold and is enclosed with a dome of mirrored tiles and solid silver screens.

Musa al-Kadhim, the seventh Imam, and his grandson Muahmmad al-Jawwad, the ninth Imam, are both buried together in Kadhmiyya, Iraq. The shrine dates back to the fifteenth century and have undergone some restoration and decoration. The domes and minarets are also made up of pure gold tiles. Typically, visitors to the shrine seek healing and ask for fulfillment of their needs.

Imam Ali al-Hadi and his son, Imam Hassan al-Askari were the 10th and 11th Imams. Both are buried in Samarra, a city north of Baghdad. Having been built in 944, this golden shrine also holds the graves of Hakimah Khatoon, the sister of Imam Ali al-Hadi and Narjis Khatoon, the mother of Imam Muhammad al-Mahdi, the 12th Imam who is currently in occultation. Nearby is an adjacent shrine where Imam al-Mahdi is said to have gone into concealment.

Unfortunately, in 2006-2007 during the sectarian civil war in Iraq, Sunni insurgents bombed the mosque and destroyed its dome and minarets. The mosque was then closed down to the public.

However, in 2009 the shrine was reconstructed and re-opened to the public.