"We live in a world that has narrowed into a neighborhood before it has broadened into a brotherhood." - Lyndon B. Johnson 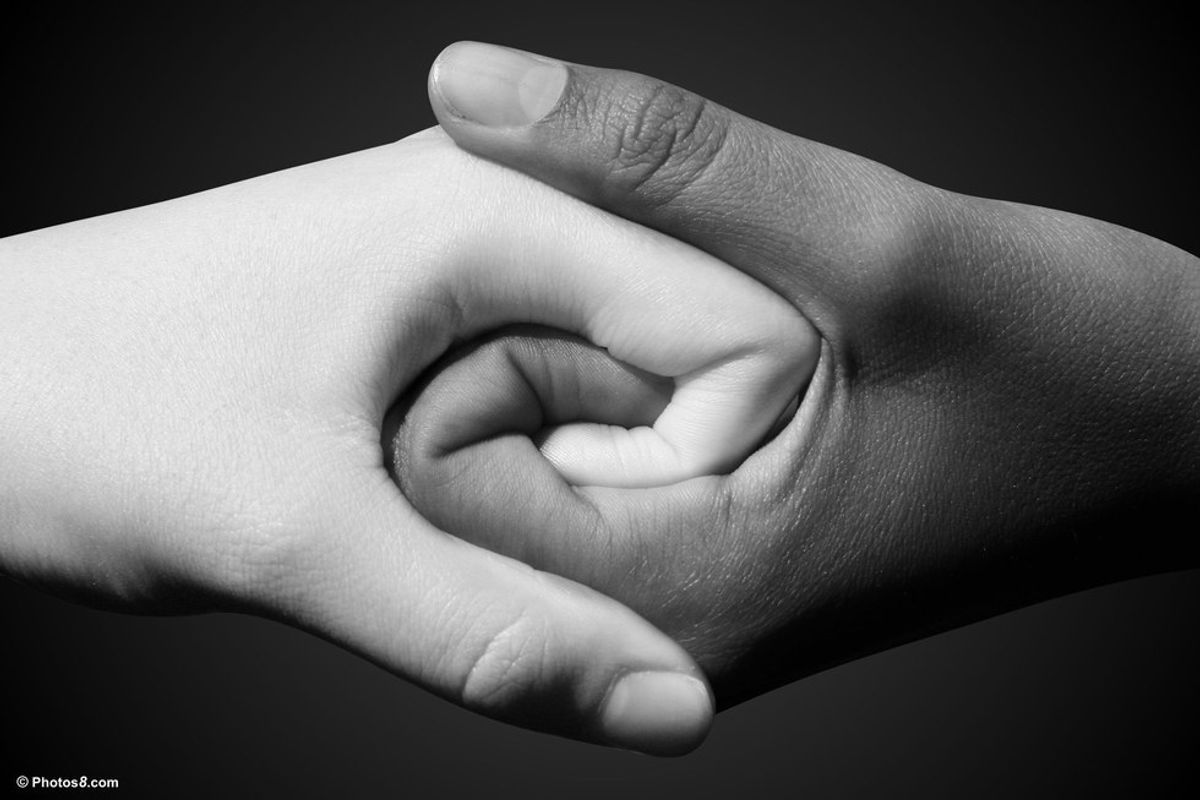 Who is my brother? Who is my sister? Everyone. Yeah, you heard me right. Muslim, Jewish, Christian, Atheist, black, white, Asian, American Indian, Eastern Indian, mixed race, abled, disabled, born, unborn, heterosexual, homosexual, male, female, questioning, rich, poor, murderers, healers, sinners, righteous, those who love me and those who would harm me. I consider them all my brothers and sisters.

Obviously, I wish that I agreed with some of them on more subjects than our humanity, but that doesn't mean they don't count or deserve my love and respect. No matter who they are, they count. They belong on this earth as much as I do. The unfortunate thing is that many people do not return the sentiment. There are wars over how people express themselves. Women are beaten for wanting to show their faces while other women are screaming "Free the nipple!" Men are working their fingers to the bone making less than $10 a week while other men make millions just because they get their names slapped across the tabloids. The world is messy and people are messier.

There are approximately seven billion people in the world at this very moment. We all have our own battles. We each deal with our own problems based on race, religion, sexual orientation, morals, personality, beliefs, style, and humanity. Seven billion people do not all agree on the same things and yet here we are in the same world trying to figure out the best way to live day-to-day. With so many people and so many different lives being lived it is easy to forget that we are all humans and we all deserve love, respect, and life. It's even easier to forget that we are all brothers and sisters.

Some people decide to bully and create outcasts in society, others take it to the extreme and kill those they don't agree with. We are still all brothers and sisters. We are called to love and care for one another, even those who we completely disagree with and those who do some pretty evil things. I'm a firm believer in this and, even though I believe that there are consequences for our actions, it is not up to us to pick and choose who to share in our humanity with.

We need to spread the love a little more and open our hearts and minds. Listen more than we talk. Study up on those who are different from us. Discover the truths behind other religions, you don't have to change your own but learn about someone else's. Look at the history of another culture and ask someone what their heritage story is. Maybe if we explored our world and its differences a little more we could all understand each other a bit more fully. Maybe if we understood one another then we could love one another and our world could be at peace.