Girls In India Are Being Denied A Right To Education, And The World Needs To Listen

Girls In India Are Being Denied A Right To Education, And The World Needs To Listen

Everyone needs to understand how and why this is persisting, and what you can do to help. 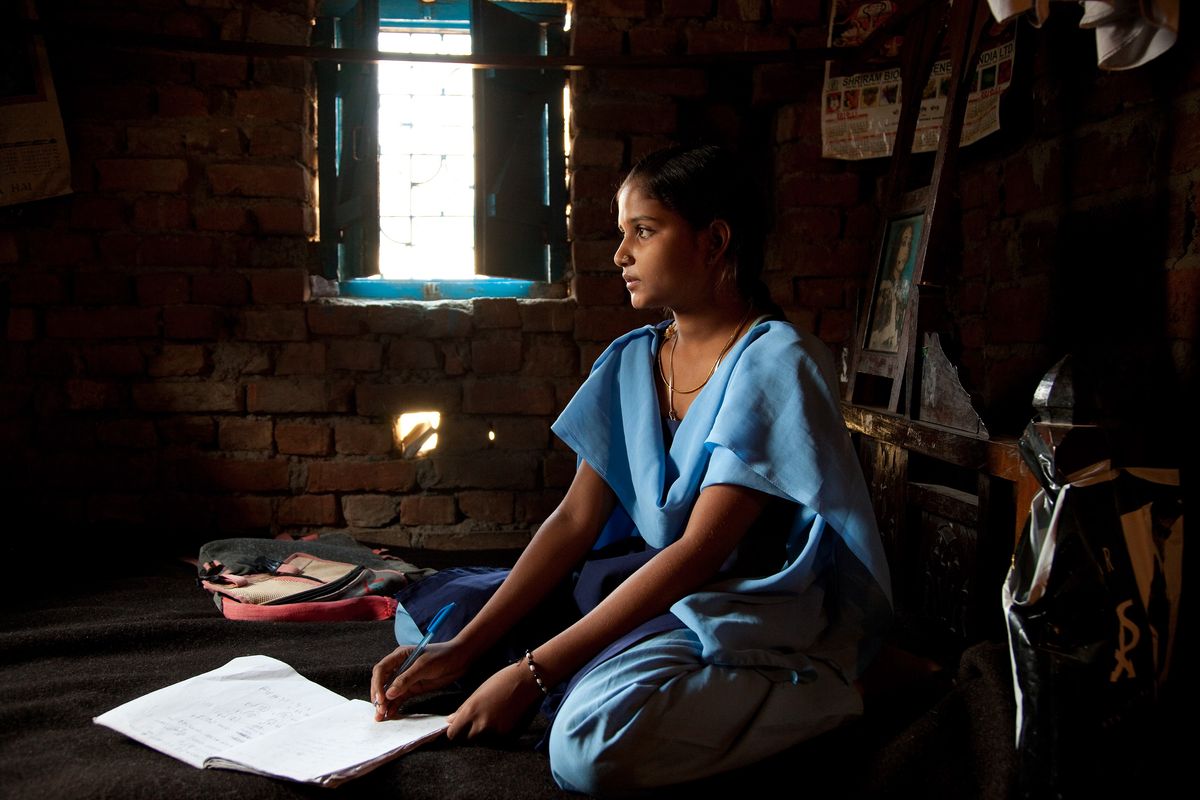 India, unrepresentative of its growing economic development, is one of the lowest ranking countries in terms of girl’s education. The global community, as well as Indian government and the local people, are as much to blame in this situation. By promoting girl’s education, India will become more developed and create a better, more sustainable democracy. This will come as a result of females bringing their education back to their community, and decreasing the barriers that many rural towns in India may face. Yet, due to cultural relativity, this problem has not been easily addressed.

Currently, only 65.46% of Indian women are literate compared to 82.14% of men. In 2008, 62% of out-of-school children were girls who made up two-thirds of illiterate 15- to 24-year-olds. However, the most interesting educational statistics in India fall under the discretion of the states -- specifically in rural versus urban areas. The Indian state of Kerala has the highest female literacy rate and lowest infant mortality rate in the nation, showing a correlation among such factors. On the other hand, according to the United States Census Bureau of International Department, in 6 of the 24 Indian states, 25 percent or less of the women in rural areas are literate, thus exemplifying the educational discrepancy in such areas. This may be because in rural areas in India, cultural relativity is practiced more, and conservative values are endorsed. Importantly, India’s culture is a major reason for the lack of education among girls.

For many years, Indian families have valued the birthing of boys for farm work more than girls. Not only has this created a shortage of girls in the country, but it has also dismantled societal respect and appreciation for many girls. Boys are also noted as being financially wholesome in the family unit, as they bring money back to the family. Girls are considered a liability as they will cost the family a dowry, or money paid to the bride’s family. All in all, it is crucial to the understanding of the topic to acknowledge cultural factors.

Furthermore, legally, the absence of girl’s education is a strict violation of international law. The background of defining universal education has traced its roots back to The Universal Declaration of Human Rights (UDHR), which is a drafted piece of legislature written by the United Nations, to secure civil rights on the global scale. Article 26 of the Universal Declaration of Human Rights specifically deals with the concept of education as a right. Part one of Article 26 declares that everyone has the right to education, and this education shall be free in the elementary stages.

However, part three of the UDHR states that parents have the will to choose the kind of education for their children. India struggles in this sense as some people use this as an excuse to support the cultural relativist argument. Culturally, girls in India get married at a much younger age than men do and are therefore expected to perform domestic duties at a younger age, leaving no time for education.

Also, many Indian families are in fear of their daughters walking to school alone, so they give up the educational experience. In spite of this, India has also signed and ratified the Convention on the Elimination of All Forms of Discrimination Against Women (CEDAW), another human rights legislation that declares that a girl’s education is a universal right. By signing this piece of legislation, they must commit themselves to ending discrimination against women in all forms.

Therefore, it is essential for them to induce such measures into their education and social aspects. Yet, here we are and the international community still has not pressured India to change its ways.

Although the problem may seem daunting on a global scale, much can still be done at a local level to ensure the rise of female education in India. Firstly, micro-loans have been very beneficial in creating a pivotal role for many women. These micro-loans are composed of a small amount of money allotted to women in rural communities; in turn, the women bring something beneficial back to their communities.

If the government of India was to include this practice, women would have more funds to grow the community and to give back to their children; thus, empowering many daughters to pursue an education in the community. Another solution would be for more developed countries, like the United States, to hold back funds going to India until the government decides to take more of an affirmative action when dealing with this problem.

However, most importantly, is the notion that anyone who wants to help out in India’s current educational crisis can do so. Little steps taken by global citizens can change one girl’s life. Even if someone is in the United States, they can donate to NGOs, like She’s the First, because every donation makes a difference.

All in all, pressuring governments and the global community to make a change is effective, but also tedious and tiresome. If you are looking to make a change in India's female future, start small, and you can change someone's whole life.