College: Is This The Independence I Always Dreamed Of?
Odyssey

College: Is This The Independence I Always Dreamed Of?

Growing up, my life was amazing, but I was held to many standards and principles by my parents. 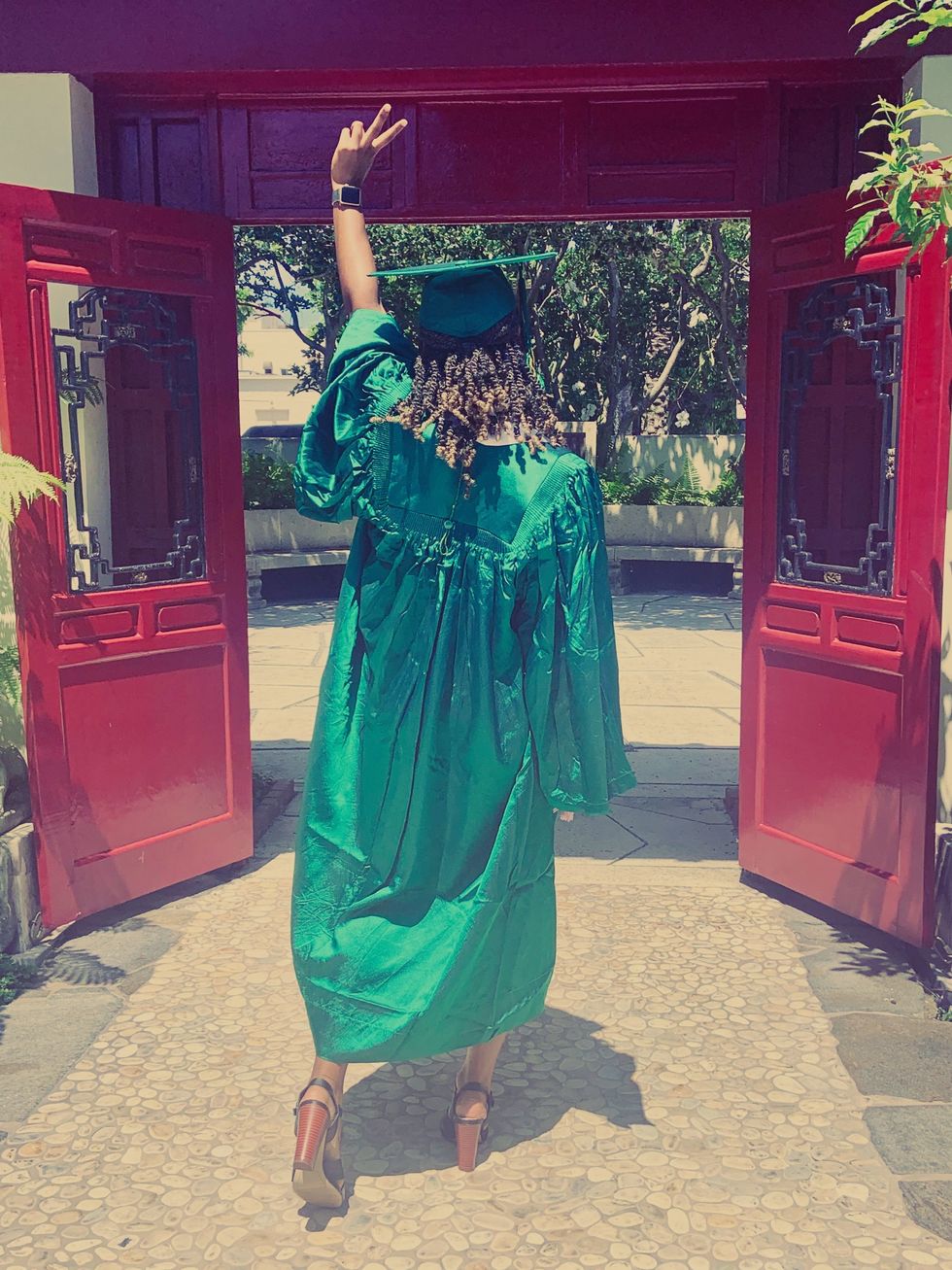 For as long as I can remember, my life and many of my choices have been aided, guided and influenced by my parents. From my bedtime and curfew, to what I could and couldn't do, to the food I should and shouldn't be eating and even down to the type of romantic relationship I wanted to achieve so badly.

I had been so reliant on my parents for so long that I didn't realize it until I went to college. They paid for my food, my outings, my clothes, my hair products, EVERYTHING!!!

When I got to college I quickly learned the art of true independence and rational decision making.

Below I present a few of the pondering questions of my young college brain:

"Should I pay with cash or card?", "Do I really wanna wash my laundry every week for a $1.25 per load?", and "Should I really be spending this many Dining Dollars at Burgerfi?".

I no longer had my parents patroling over my shoulder to help me on a dime.

I remember when I was younger, my dad would say, "When you turn 16, no more sugary cereals", so with that, Cinnamon Toast Crunch and Fruit Loops with Marshmallows no longer racked the tallest shelve in the pantry. Instead, they were replaced with boxes of different flavored Cheerios and Special K that tried to replicate the cereal from my childhood.

It didn't stop with cereal. I was also warned against the dangers of dark soda and advised to only drink water; there were no sweets or snacks to be consumed after 9 PM; and, to top it off no McDonald's or Burger King. Did I mention that to this day I have never EVER consumed a burger from either of these places?

So aside from controlling my food choices, they indirectly influenced my dating life without even realizing it. From the moment I started high school, I wanted to find what they call, the one. Interestingly enough my parents happened to be high school sweethearts, so of course, the guy that I deemed to be the one, I ended up dating for all four years of high school. Even when things were rough, I stuck with it. Even when I felt we were growing apart, I stuck with it. Even when I knew it was time to let go, I, of course, stuck with it. Why did I put myself through all of that? I think it was because I wanted to achieve a love as deep as my parents' so bad that I tried my hardest to finagle my relationship into something it wasn't and when I was tired of fixing it, I SETTLED. "At least I had a high school sweetheart relationship like my parents", I told myself, "maybe we'll work things out when we're married".

Update: We broke up the summer before college started. And my independence story had finally begun.

Ah, the reins had been broken and the gate had been unhinged, I was a free woman...who completely spun out of control…

I couldn't wait to get to college because it was a chance for me to spread my wings and "do whatever I wanted", so to speak. So, sugary cereal land from my childhood came back (I'm pretty sure I ate a Lucky Charms and Fruit Loops mix every other day), I stayed up AS LATE AS I WANTED (sometimes until 3 a.m.), oh, and I even had a tiny Tinder phase (we no longer speak about this). But, yeah, as you can see, all of the standards that my parents instilled in me were completely thrown out the window.

I remember one night I was out at the Dining Hall with my current boyfriend (not from Tinder) and we were eating pizza at around 8:30 p.m. Soon enough, the clock struck 9:00 p.m. and I was craving one of those delicious chocolate chip cookies made by the best HUB baker I know (when she's there, you know those cookies slap). But it was 9:00 p.m., which was the time that I was forbidden to fill my belly with junk food…"what would my dad think if I ate that cookie, how would he feel about this?", I thought. As all of these thoughts were rummaging through my head like an antique collector at a yard sale, I put one foot in front of the other, made my way to that devilish platter and sunk my teeth into that oh-so-gooey chocolate chip cookie.

Update: I am actually tired of them now. And it didn't exactly feel good to be eating that late anyways. My body was simply NOT used to that…

Oh and remember how I told you that my parents paid for the majority of the things I wanted (up until I got a job of course)? Well, when I arrived at school, money soon became my arch-nemesis...and quick. No more "Hey dad, could I borrow $20 bucks?" or my mom saying "Here ladybug, take a dollar for a snack after-school." Nope, this money was all my own, my money, my problems. So I ended up blowing all of my Dining Dollars before the semester ended and was subject to dining hall food for the remaining two weeks before winter break. And on top of that, my Publix grocery runs were more like Publix robbing-my-bank-account runs, averaging $25-$30 a run. With that, I quickly understood the importance of sales and BOGO (buy-one-get-one-free). Money doesn't grow on trees and being a broke college kid with no job, does not help with the situation at all. Ah, so that's why parents always advised me to save my money and make savvy well thought out purchases...

So in essence, breaking away from the watch of my parents made me realize that they put their rules and expectations in my life for a reason. They wanted me to instill principles of self-discipline as a baseline to take out into the real world as a young independent woman. Of course, they didn't expect me to follow every rule until I die, but they wanted those principles and morals to be in the back of my head to steer me from wrong and guide me to right. And for that, I thank them.