In A 21st Century Context, Romeo And Juliet's Love Story Is Foolish
Odyssey

In A 21st Century Context, Romeo And Juliet's Love Story Is Foolish

But hey, we all swoon over it anyway. 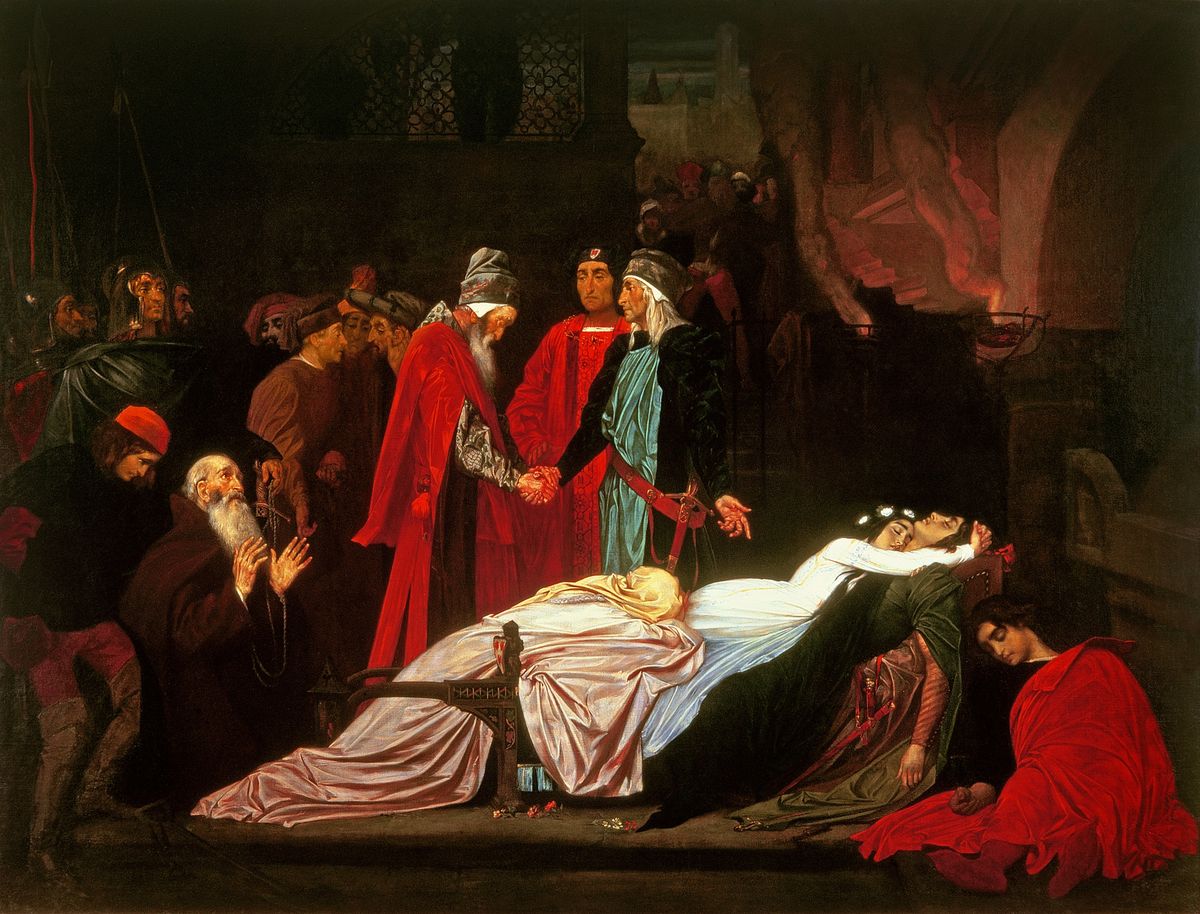 "Romeo and Juliet" is the ever-popular tragedy written by William Shakespeare, as most of us know. There have been countless productions and prints of this play all around the world. But one question remains: is "Romeo and Juliet" a shallow, childish portrayal of love? Or is it a passionate, committed relationship that everyone wants to have (minus the double suicide part)? Let's just dive right in.

*WARNING* If you've never read "Romeo and Juliet" (why haven't you read it?) there will be spoilers ahead.

The play starts out with the two main families of Verona (Montague and Capulet) quarreling in the streets. The Prince of Verona orders them to stop on pain of death.

Later, it is made known that the Capulets are having a masquerade ball for their daughter, Juliet, to meet Count Paris. He has had his eye on her for awhile, and plans on making her his wife.

Getting word about the masquerade from a servant of the Capulets, Romeo and Benvolio of house Montague show up. Romeo has one girl in mind, fair Rosaline, until he sets his eyes on the beautiful Juliet. He then makes it a point to go and dance with her, and they end up sharing a kiss by the end of the night.

The play rolls on from here, from the famous balcony scene where they share their thoughts of marriage (despite their opposing families), "O Romeo, Romeo, wherefore art thou Romeo? Deny thy father and refuse thy name." They agree to get married here. So, they set a date and time with Friar Laurence and get married in secret before the arranged marriage of Juliet and Count Paris.

And then tragedy strikes: Tybalt, Juliet's cousin, kills Mercutio, Romeo's cousin. Romeo seeks revenge and kills Tybalt, resulting in his own exile as punishment. Juliet is distraught, because both her cousin is dead and her husband is exiled. She refuses to marry Count Paris until her father forces her to. She has to come up with a plan -- and fast.

She sees Romeo one last time before his exile. They say goodbye in what I can only describe as a not PG-13 way.

Friar Laurence suggests that she fake her death until after the marriage date so that she can run away to Romeo and live out the rest of her life in peace. She agrees, taking a serum to make her appear dead for 42 hours until they can have a funeral, Romeo can make it back before she wakes up, and they can live happily ever after.

Romeo ends up never getting the correct news from Friar Laurence, but rather gets the news from Benvolio that Juliet is dead. Distraught, he makes it back to Verona and the apothecary reluctantly supplies him with a deadly serum that will end his life immediately.

He ends up in her tomb, just minutes before she was to wake up (plot twist: she didn't wake up on time), and he kissed her goodbye one last time. He drank the serum and ended his life, right as Juliet awoke from her slumber.

Juliet, distraught and unhappy, takes Romeo's sword and kills herself with it.

#Relatable love story, right? Not so much.

Many people believe that this love story is rushed and dramatic, and I have to agree. The play only spans about five days -- Sunday through Thursday -- and they didn't even know each other for the entirety of that Sunday. I wouldn't say it's a very realistic love: it was rushed and foolish, and ended with them killing themselves over someone they barely knew.

But maybe this is the 21st century in me talking. Normally, none of us would even dream of marrying someone so soon. We all see love with a lens of practicality over it. We take into consideration if we mesh well with the person on an emotional and spiritual level before we consider the following.

In this play, all bets were off. The practicality lens doesn't exist. It's a risk-it-all love at first sight, which is foolish. They don't even really know each other outside of their looks, their family names, and their undying affection for one another. It's all basically vain. But hey, young love right?

Although this love is grossly impractical, rushed, and dramatic as all get out, it is still such a beautiful play. Its language of love is absolutely gorgeous, and makes anyone swoon despite the fact that it was so rushed. Readers really have a bleeding heart for romance, especially one you would die for.

In addition, many like to consider what the story would be like if Romeo had woken Juliet in the tomb, and to that I say the story wouldn't exist. Shakespeare was famous for writing tragedies. This wouldn't have been a true tragedy had the expected outcome occurred. They would've lived happily ever after in a far off land. Frankly, I don't want to read an alternative ending to this story because it just wouldn't be the same.

Let Shakespeare kill our favorite characters and ruin our lives in peace, OK? This is why he's so brilliant.

So yes, Shakespeare wrote a tragedy that was, in a 21st century romance context, childish and rushed. However, he didn't write it for us, he wrote it for all time. He portrayed a love that couldn't be swayed by any material obstacles or mortal humans, and showed us the true meaning of "'Til death do us part."