Let's do the damn thing. 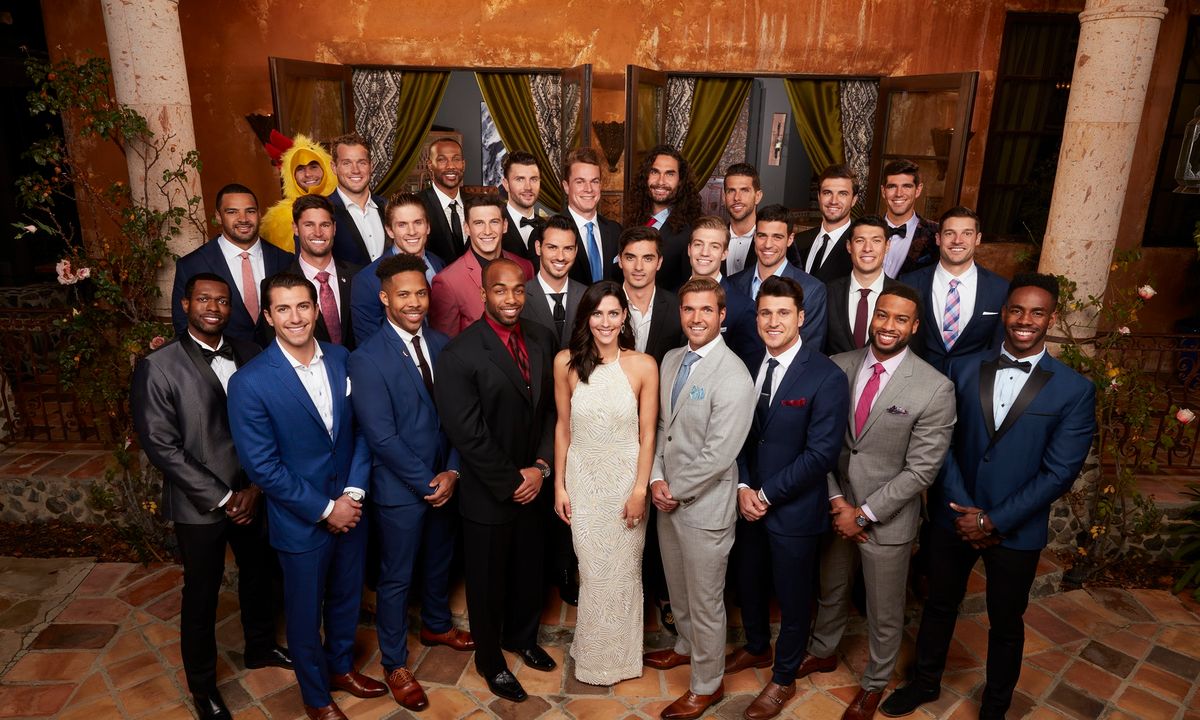 It's the moment we've all been waiting for: The Bachelorette is officially back and better than ever. I am thrilled that Becca Kufrin was chosen as this season's star of the show. She's quite literally been through hell and back, and she's handled every ounce of adversity with class and composure. The season premiere, which aired May 28th, proved that this very well could be the "most dramatic season yet." Granted, we hear that every season (but we're all still watching, right?). We pick up a bottle of cheap wine and a face mask from the drugstore before joining our best gals to watch the cringe-worthy episode together. It's tradition. This year, I decided it could be fun to take notes on some of the most memorable moments from episode one. Without further ado, allow me to introduce some of the men that caught my attention from the get-go.

The first word that came to mind when I saw Colton: damn. He's a former professional football player (wow) and aside from his heaven-sent looks, he's extremely down to earth. Colton also has a young cousin who battles cystic fibrosis, and he's started his own charity to help support children dealing with the same struggle. He was the first one out of the limo and made a memorable impression by popping some confetti and "starting the night with a bang." Did I mention he has a dog? What more could we ask for? Colton is undoubtedly a front-runner.

What. A. Charmer. He's so enthusiastic, and he doesn't take himself or life too seriously. He's just along for the ride. He rolled up in a mini-van and spoke to Becca about his dreams of being the perfect dad one day. There's a reason Garett received the coveted first-impression rose, and I have high hopes that he'll be sticking around for a while.

Two words: Chicken. Suit. I love a guy with some puns up his sleeve. Even more so, I love a guy who is willing to go above and beyond to make a girl laugh (even if it means wearing a chicken costume amongst 20+ other men that are dressed to the nines). His introduction with Becca was priceless. "I'm not here to ruffle any feathers, hopefully, we can build ann egg-cellent relationship here together." If Becca doesn't marry him, I will.

This man is simply adorable. He's originally from Nigeria, and let me tell you, his accent is life changing. Not to mention those muscles. Lincoln even brought Becca chocolate cake to share the moment they met, and we all know that cake is the key to a girl's heart. Some previews for the rest of the season hint at Lincoln being this year's villain, but for now, I'm a fan.

Jean Blanc is a cutie. His introduction was definitely the most creative and I absolutely loved it. He told Becca that his name was French, and asked her to repeat after him when he said, "faisons la putain de chose." He then revealed that she had just said "let's do the damn thing" in French, which has quickly become her own personal catchphrase. Romantic and thoughtful. I'm impressed. The only thing that concerns me about Jean Blanc is his cologne fetish. This man owns a lot of cologne. Enough so to be labeled a "colognoisseur."

I think Leo is confused and on the wrong show. "Naked and Afraid" is on the Discovery Channel, buddy. He also has serious RBF.

Oh, Jordan. The professional model (ew) referred to himself as a "pensive gentleman" multiple times throughout the evening, whatever that means. He also stepped out of the limo and immediately stopped to button his jacket before walking up to meet Becca. Cocky much? I think the best way to describe Jordan is to provide you with a few quotes from the episode:

"You're wearing a chicken suit dude, don't talk to me."

"I wanted Becca to hear the tapping of my shoes because that's just the heartbeat of a gentleman."

"I spent six hours picking out what to wear."

Boy, bye (except not yet because production loves to watch us cringe).

All in all, I'm fairly impressed with the men of season 14 and I'm excited to follow along with Becca's journey on the show. ABC's "The Bachelorette" airs every Monday night at 8/7c.