Although this is a rewarding experience, there are things to be cautious and aware of. 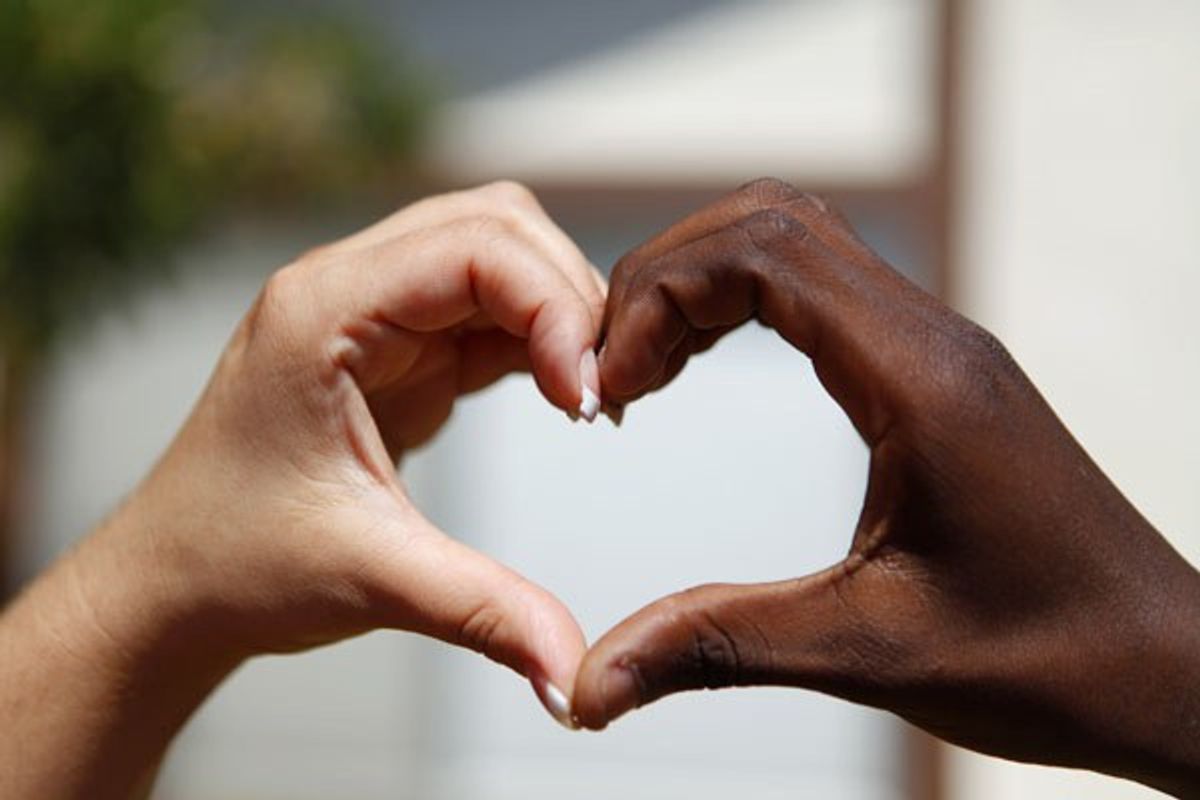 In 2013, 3.6 million American's got married. Of those 3.6 million adults, a record-high 12 percent of newlyweds married someone of a different race. Despite some who disagree with this type of relationship, for the most part, America is on board with the interracial relationship movement. The Pew Research Center also reported that in 1970, less than 1 percent of marriages were interracial.

This movement has been gaining momentum over the last decade. Many movies have been made about interracial relationships and families. In addition, many celebrities are in a relationship with someone of a different race. Society has really welcomed this beautiful change.


1. Not everyone is going to agree.

I currently live in Chicago Illinois, one of the most diverse places in the entire country. My university is also is extremely diverse as well. However, my current boyfriend and I have still encountered many situations where people do not agree with our relationship even in diverse places. Whether it comes in the form of dirty looks from professors and students on our campus or having an egg being thrown at us while we walk downtown, we've encountered a lot of negativity.

Even though we are living in a time where this idea of interracial dating is becoming more and more welcomed, it still isn't fully accepted by everyone. It might even be people who are closest to you, like friends or family. That is just the reality of this situation. Just know this is going to be something you encounter at some point if you are involved in an interracial relationship.

2. A new culture will be learned.

Just like in any relationship, both people were raised in completely different ways. However, when dating someone from another race, culture plays a huge role in a person's background and how they grew up. There might be things you disagree on, and there will be certain things you will have to work on as the relationship progresses.

In this situation, it is important to remember that although two people were both raised differently, they both were created by the same God. There will always be this common factor to take comfort in.

3. There will be unnecessary questions asked frequently.

This is probably the one aspect of interracial dating that gets under my skin the most. People will ask me things or make comments that are so stupid I can hardly fathom it at times.

For example, "What does your family think about you dating a black guy?" Okay, valid question. However, my parents, just like every other set of parents in the world, want the absolute best for their child. So why not just ask if my parents like him and leave race out of it?

Be prepared to have to answer questions that, if you were dating someone of the same race, wouldn't be asked. Just smile and nod your head.

4. Indirect communication in public is hard to ignore.

Awkward stares, gazes, and double takes are just part of the deal. They will not be discrete about it either. At first, I took offense to this. I automatically assumed that they were staring because they disapproved. This could have been true, but over time I started to look at this in a more positive light. Maybe they are staring for a good reason, to show that they approve. Or heck, maybe they just think we are an attractive couple! (That is what I always tell myself).

For those of you in an interracial relationship be sure to enjoy the experience! Not a lot of people get to know a culture through dating someone they feel so strongly about. However, for others of you just spectating, be sure to keep an open mind! It really is a great change that has gained momentum over time, so let's appreciate it!


Although it is a beautiful thing, not everyone will see it that way. However, these challenges have made my personal relationship stronger. Block out the negativity, and just focus more on God and each other, because ultimately no one else's opinions matter.