Immigrants Forced Back To The Murder Capital Of The World
Odyssey

Immigrants Forced Back To The Murder Capital Of The World

Yes, that's what the most recent TPS revocation means. 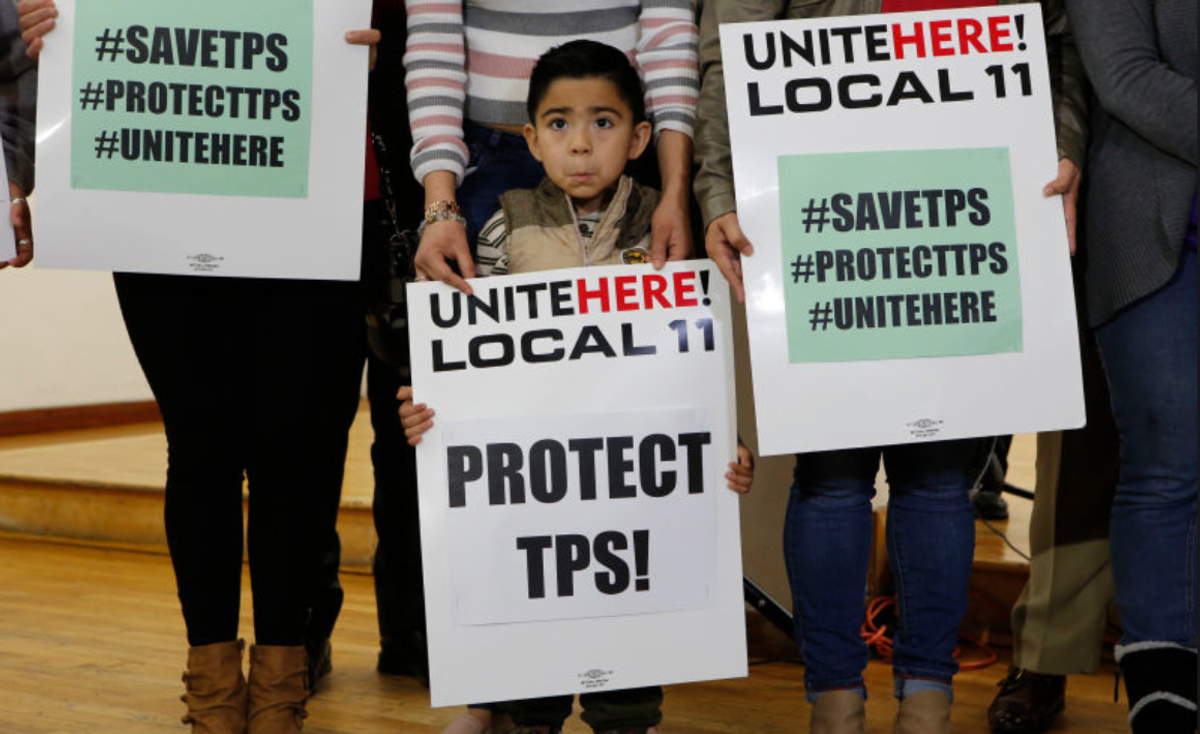 Here are the basics:

- The TPS (Temporary Protected Status) was first created in 1990, allowing illegal immigrants' deportations to be suspended in the case of crisis in their home countries (earthquakes, floods, hurricanes, armed conflict). It lasts for a maximum of 18 months.

- This was extended by the Obama Administration because of the 2001 earthquakes in El Salvador. After evaluating the damage and the peoples' displacement, Obama renewed the TPS every 18 months.

- Trump, who has promised some sort of revolutionary immigration reform in Washington, has revoked the TPS. There are 200,000 Salvadorans who still live in the United States. They will be forced to leave or to get the legal papers by Sept. 19, 2019.

Okay, you might argue. That doesn't sound optimal, of course, but what Trump did isn't wrong. TPS has the word "temporary" in its name, after all. It's been 17 years. El Salvador has had time to recover. You're letting your blatant hatred of Trump color the fact that illegal immigrants are illegal. And hey, they have until next year to get legal papers!

I let my hatred of Trump color every single day, and this is why we should be fighting for Salvadorans to stay.

Here's the thing: El Salvador has not recovered. It is still one of the poorest countries in the world. Recovering from earthquakes takes money, and they have no access to such luxury. El Salvador is, quite literally, the Murder Capital of the World. Gang violence is the way of life. To look at El Salvador and say "yes, sending 200,000 people back to this country seems like a humane and intelligent thing to do" is repulsive.

What is even more ridiculous is the fact that this is not the first country that Trump has revoked TPS for, it's only the most recent. Hundreds of thousands of immigrants from Sudan, Nicaragua, and Haiti will be forced to leave. The fates of undocumented immigrants from Syria, Nepal, Honduras, Yemen, and Somalia will be decided this year.

I feel as if the argument against illegal immigration has been run through so many times, it's almost pointless to discuss it. But remember — if you and your family were forced to live in a country in which every day was tainted by poverty, violence, and murder, and on top of that, an earthquake — you would have fled, too. (A/N: Anyway, illegal immigrants pay taxes to this country so we should probably let them stay regardless).

This is the bottom line: the TPS was first established as a humanitarian law. To send Salvadorans back is incredibly cruel in every account. I can't believe I have to say this, but sending people back to what may be certain deaths is murderous.

I'm not going to lie and say that online petitions or using ResistBots are going to cause change. But perhaps contacting Congress representatives and using outside lobbying to create pressure could make a difference. The TPS revocation simply cannot happen.