If You Can't Walk Then Run

Indie Pop and Rock is about to have a new superstar in their midst: Declan McKenna 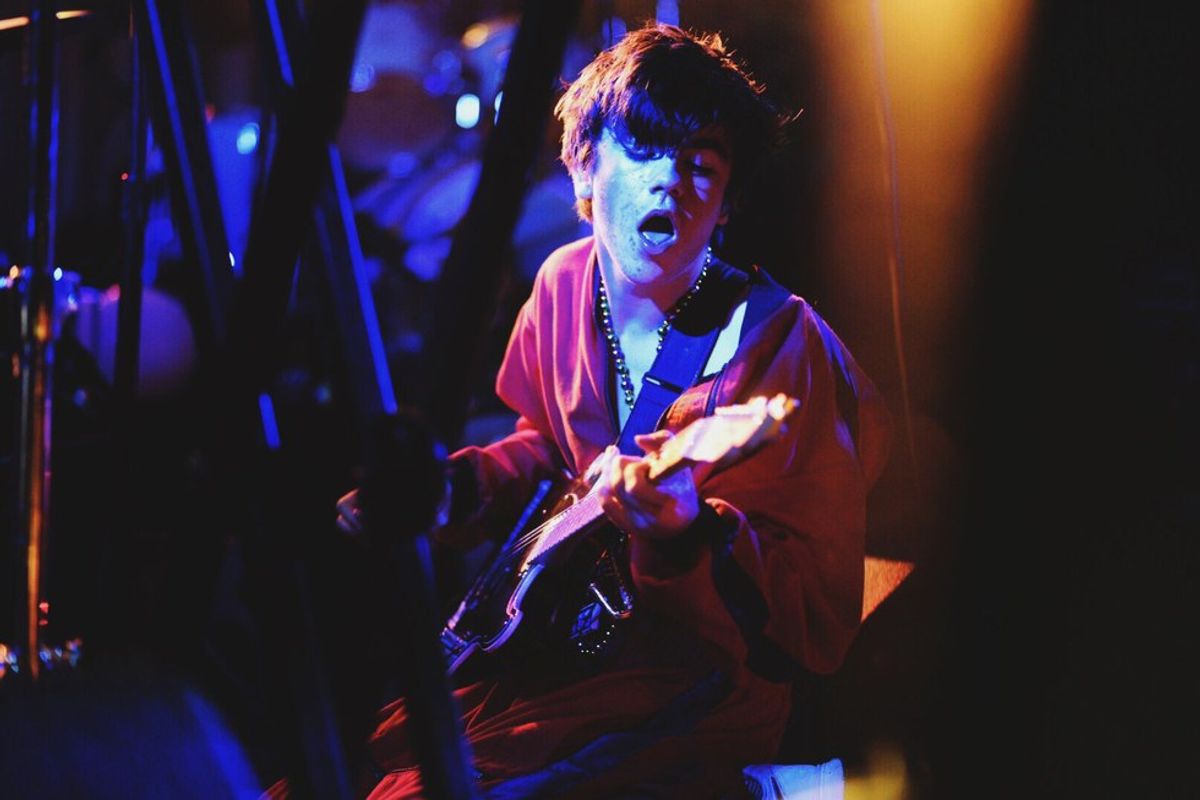 Oh wait...that's just myself in my car rocking out to a young kid named, Declan McKenna. The British born future indie pop superstar has begun to ignite a flame in the world of music and people are starting to catch on. At just 18 years of age, Declan is not afraid to talk about serious matters that are conflicting our world.

During 2014-2015, Declan began to upload some his singles onto the internet and eventually entered a contest in 2015 which he wound up winning. With the victory, he secured many offers for record deals, but eventually landed with Columbia Records. Thanks to his hit single, "Brazil", which criticized FIFA for awarding the World Cup to Brazil in 2014; only allowed Declan to get even bigger in Europe as well as getting noticed in the U.S..

With an amazing voice and catchy lyrics, Declan McKenna is the future of indie pop and rock. What makes him so incredible though is the fact that he is not afraid to speak or sing his mind and as an 18 year old that can be a tough thing to do. Declan has the ability and the talent to be a superstar, but he also has the ability to be an indie pop/rock God. With the mixture of light and easy guitar riffs to total face-melting guitar solos; McKenna has something that not every artist nor band has.

From other hits such as, "Paracetamol", "Bethlehem", and newly released single, "Isombard"; Declan continues to achieve greatness and become better and better as he is recognized more throughout the world. If you rely on indie/alternative music, like I do then, there's a good chance you have heard of the 18 year old from Britain. Each tune, that comes out, I become more and more impressed by this kid.

Not only is he a musician, but he's also a light in this extremely broken-down world. By providing us with insight on politics around the world or just simply trying to help us with being on our own. Declan possesses not a only talent for music, but also a knack for speaking on behalf of many of the out-spoken youths in this zany world. You might think of Declan McKenna as just an artist, but hundreds to thousands of people think of him as something more. He is the voice of the youth that finds themselves in an "odd" place and provides a culture to indie pop that most artists cannot provide to their fans.

As an artist that sings for the public instead of himself, Declan has started to cause a stir in indie music and might I say that I am glad he has. McKenna has started to change the perspective and meaning of indie music and it's a good thing. The 18 year old is producing music that digs deep into your soul, makes you start to think outside of the box, or it just gives you a sensation where you just have to dance like crazy.

Whether you enjoy his music or not; Declan McKenna will someday become a star and you never know, but I have a feeling that 2017 could be the year of Declan McKenna. I encourage everyone to go support and listen to this very talented young man. As he is not only playing music, but he tells a story and gives the public insight on matters around the world that are more important than we realize. I wish all the best of luck to Declan as he continues to create music and shock the world with his powers on and off the stage.

*The song begins and the crowd starts to stir as they are excited for what's about to come in the next few moments of their young lives. Declan McKenna is about to change their lives forever..