Why Reliable Game Mechanics Can Be Re-skinned And Sold Again

If you build, they will play it. 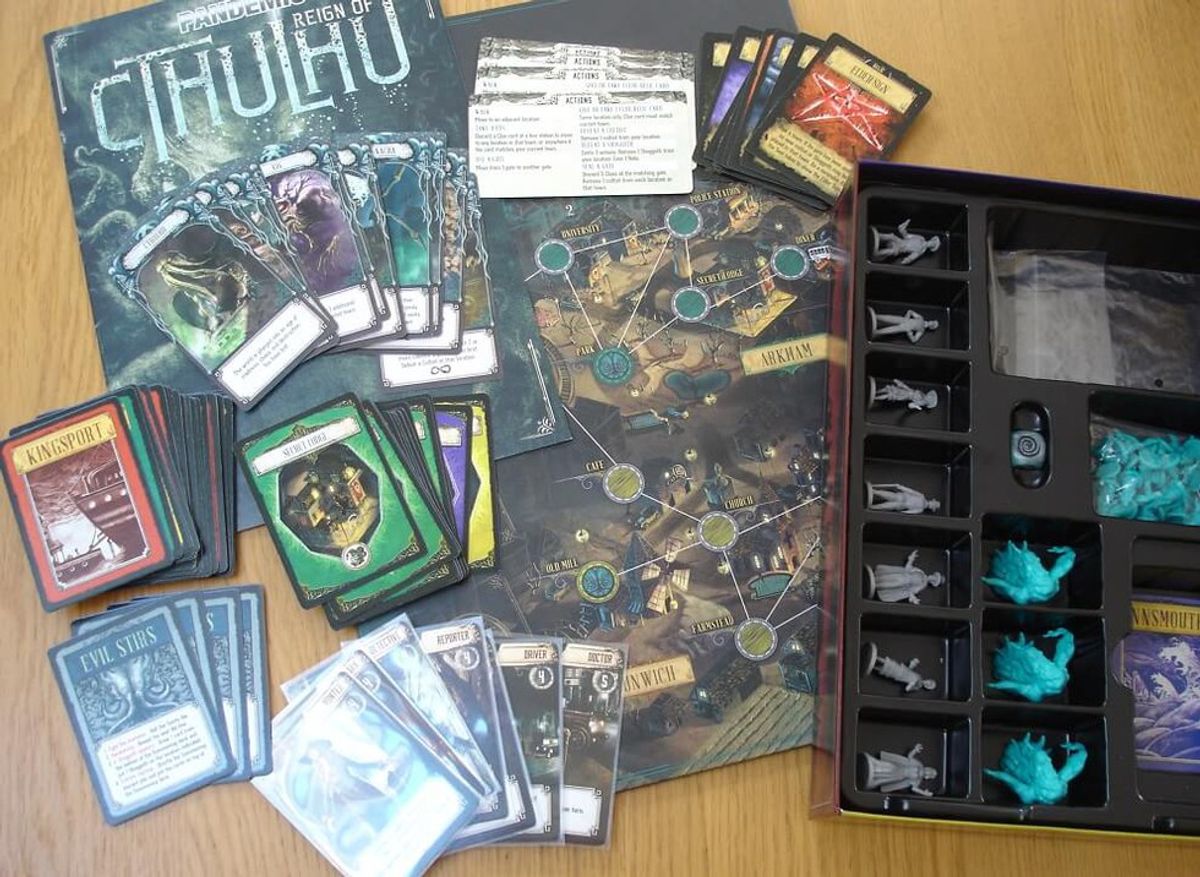 This article is a short one dealing with why board and card games with the same basic mechanics and concept can still sell multiple copies of what is basically the same game to consumers. I am thinking specifically of games that have the same title, followed by a colon that leads to a more specific title. I will be mentioning several of these games and just wanted to say right now that I don't think that any of these games are bad, nor do I own them in any respect. I have played many of them, and I think this allows for a better discussion of the subject.

First off, the biggest draw in my opinion is the different artwork on the cards, game, or board. If somebody was already a fan of a certain game, such as "Munchkin" or "Pandemic", then stand alone games within that style, such as "Munchkin Bites" or "Pandemic: Reign of Cthulhu" provide a change of art and card text while still having the same familiar mechanics. In the case of "Munchkin", the games that they create can add different mechanics while all still revolving around their catchphrase of "Kill the monster, steal the treasure, stab your buddies in the back!" The big thing is still the change in artwork, providing a new, yet familiar game.

Second, there are the slight changes to the game that go beyond the cosmetic. If a game was simply a re-skin, consumers would soon catch on and lose interest. However, game designers have long been masters of working in new game mechanics to their tried and true method to provide gamers with a game they know, with several twists. If it was just the exact same game, things would get old, but if there were changes to class/character options, enemies, loot, and even tactical options while maintaining familiar core mechanics, it can feel like a completely new game.

This experience is what allows developers to ride a successful mechanic for as long as they have fresh options for themes, art, and flavor text. A simple example that makes use of this is "Pandemic: Reign of Cthulhu", as it still uses the core principles of the original "Pandemic" and adds everyone's favorite elder god to the mix. The art style is changed along with several mechanic overhauls, but it still plays like "Pandemic" with a larger helping of the occult.

Finally, there is the aspect of customer loyalty. If a game has managed to achieve a cult following, they will be able to reliably sell just about anything that they can slap the name on, from t-shirts to expansion packs. The consumers don't mind, so long as they are able to maintain the level of enjoyment they had from the first play through with the subsequent releases that build off the mechanics they fell in love with. In the end, it really does all come down to customer satisfaction, if we keep buying it, they'll keep making it, and we all get what we want.

And there you have it, several reasons why game developers can make games that play almost exactly the same and still have them be wildly successful.

Kassie Hsu
Baylor University
3794
Panda Whale
Here are 100 things I'd rather to than study. I know the semester just started, but