If The University of Illinois Bars Were Boys
Odyssey

If The University of Illinois Bars Were Boys

Simplifying the important things in life. 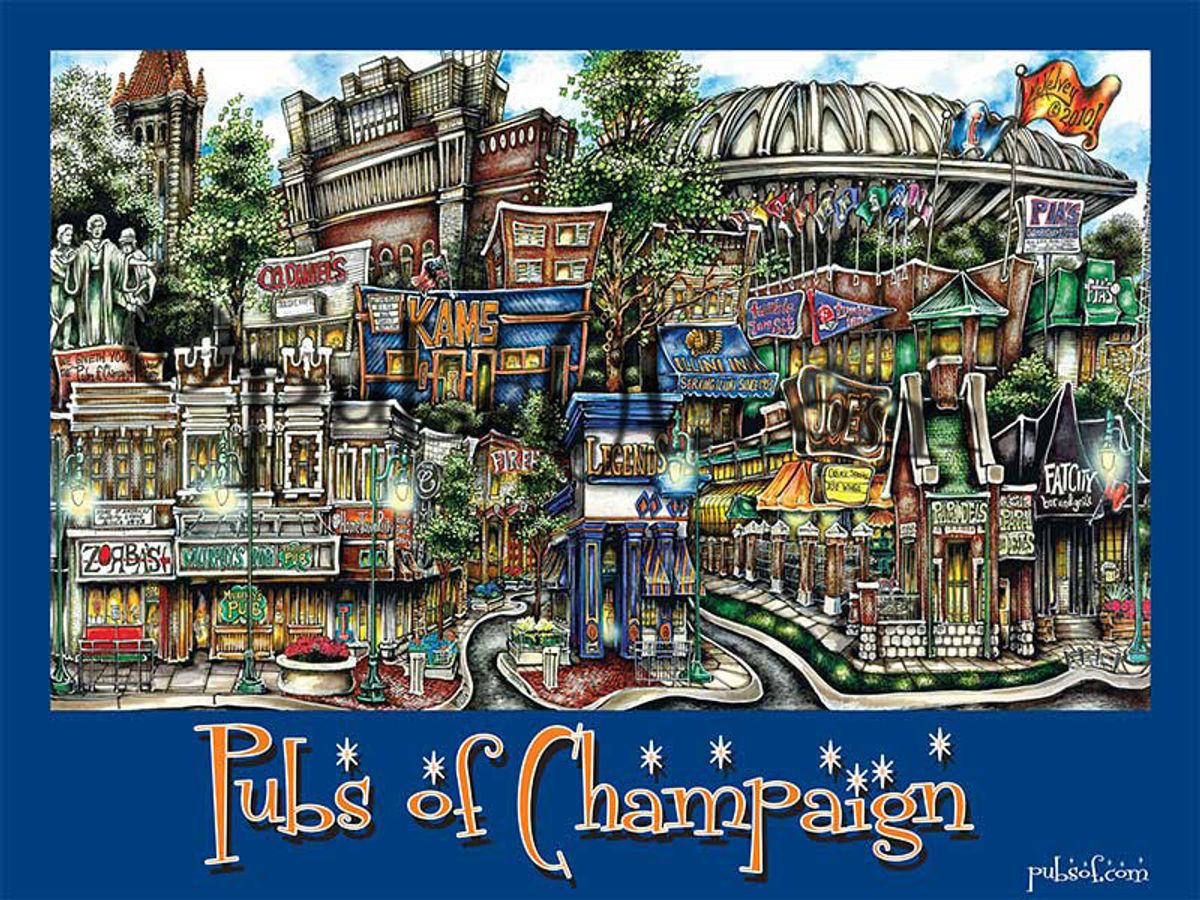 The University of Illinois — to others, we may be known for our questionable email chains, cultural diversity, and problematic athletic department, but to us, we are the 29th best school academically, we have always been the number one party school, and we celebrate 19th birthdays like it’s nobody’s business. The drawback of the admirable 19 bar age is the great responsibility that comes with it: choosing every night which establishment to drink away our sorrows or jam with some pals. How will we choose? There are only 7 days in a week, and 365 days in a year, meaning that there is no time to waste, so I have constructed a magical map to turn one of the most important decisions you will ever make into an easy guide to the time of your life. College is complex, drinking is complicated, but boys? Boys are simple, so what if the University of Illinois bars were boys…

If Joe’s were a guy, his name would be Chase. Chase is your best pal from home, he’s the guy you grab a burger with and the dude you call to have some beers and watch the game. He’s simply your go-to man for a chill time. The thing to remember is, when the drinks add up and the lights go down, Chase can get a little weird. He profusely sweats, has a weird obsession with fog machines and worst of all…he transferred from ISU. Chase is a great guy, but depending on the night, you may be forced to utilize your best drop down lines.

Cly’s would definitely be a Preston. From the outside looking in, Preston has his shit together. He looks nicer than every other guy, enjoys the finer things in life such as wine and grilled cheese, and he throws parties with some of the frattiest bros around. If you hangout with Preston, you’re bound to be classy too, right? Wrong. Preston woos you with his sweet talk, good looks, and Shutter House beverages, but after your fourth glass (plastic cup), you realize how dangerous he can really be. He has caused your worst hangovers, made you pay every time you hang out with him, and his taste in music is weak, but after the fog of your hangover clears and Tuesday rolls around once again, you know you and Preston will be back and ready to w(h)ine all night long. (wine makes me an emotional drunk so take this as you will)

In attempt to find the most GDI name possible, I came up with Kirk. Kirk loves U of I. He always sports his free welcome week Illini gear from freshman year and can often be seen transporting his signed Dee Brown bobble head by way of his cargo short pockets. While he may embody the essence of GDI to many, Kirk is mature and has his life together. He is a party animal on the right nights and stays low-key when necessary. Kirk is the type of guy who will always stay consistent and with maturity and you'll realize his worth over time. People are embarrassed to be seen with him, maybe because the collar on their Vineyard Vines polo is restricting blood flow to their brain, but if you give him a chance, Kirk can show you a great time.

Kam’s deserves the name John. John is a classic. He is the fourth man in his family to attend U of I and grew up bleeding orange and blue in the most manly way possible. If you are looking for a guaranteed good time, John is the guy for you. John isn’t from the suburbs, so though his shower schedule is nonexistent, he knows that drinking isn’t about fancy liquor or dressing to impress. John appreciates life’s simplicities like a good brew and failing to replace the toilet paper roll. You’ll rarely meet a person who hates John, so give him a holla (or a yee-haw if it’s country night).

"Hey, it's Chad, we met last night at Lion. You going out tonight?" Chad is your one, fun and done type of guy. You meet him and at first he is the coolest thing since the selfie stick, but after running into Chad over and over again, you realize that he is nothing but trouble. The interesting thing about Chad is that he has two different personalities. At night he has the tendency to get sketchy, but during the day he is the tequila to your sunrise and the bucket to your hat. He makes you feel like a block star and helps you realize exactly why you chose to go to school at the best place on the planet. As long as you keep your back against the wall and your head out of the toilet, you and Chad will get along just splendidly.

And there you have it. Now that I have informed, prepared and enlightened you all about the wonderful bars on this beautiful campus, be free. Go out into the world and meet your dream boy.