In Case You Missed It: Kara's Flowers
Odyssey

In Case You Missed It: Kara's Flowers 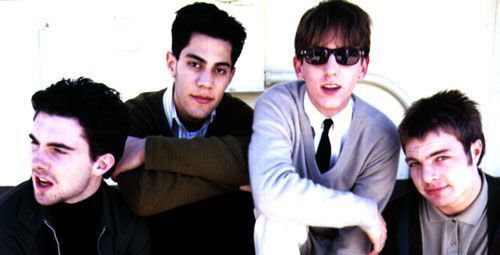 Fear of missing out is common. It's why your friends won't commit to plans. It's why Instagram gives you anxiety. It might be the reason you went to a Taylor Swift concert.[1] I know I talk too much about Drake, but I'm pretty sure "FOMO" is the only reason we still listen to his music. Urbandictionary.com succinctly defines FOMO: "the fear that if you miss a party or event you will miss out on something great."[2]

These events aren't just parties, though. You'll never know why people are dancing outside their cars in traffic unless you've heard "In My Feelings." What doesn't bother us are the thousands of potential trends we're already missing. I'm more worried about what it means if no one will ever remember St. Paul and the Broken Bones.

Just read the description of this Tiny Desk concert: "Close your eyes and listen, and you might imagine someone who looks a bit like Otis Redding. Open them, and you're likely to see someone who looks more like your neighborhood bank teller." Tell me that doesn't sound amazing! We've all been missing out! Don't worry. It's okay to wait thirty-five years to find out about "Africa" by Toto.

I'm spending some of the next few weeks showcasing artists that have evaded ears. This week, I'm talking about a band that's failure turned into one of the most successful acts of the twenty-first century.

The trio, known as Edible Nuns, played their first gig at a school dance. Kara's Flowers' music is about what you would expect from a group of grungy high school kids in the 1990s.

If you're not going to watch this video, at least jump to this wholesome pre-show huddle.

Keep watching if you want to see a band of children play a jam-packed rock show. It's the kind of thing that doesn't happen anymore. A small, loyal fanbase was gravitated by their music and saw the potential in Adam Levine as an award-winning judge on reality television. By the late 90s, record labels and management agencies took notice of Kara's Flowers.

The band signed a deal with Reprise Records and released their lone studio album, "The Fourth World." The record was recorded with Rob Cavallo, a Los Angeles producer who's now known for working with Green Day, Paramore, My Chemical Romance, and the Goo Goo Dolls. Their lead single, "Soap Disco," sounds like Weezer if they were handsome.

Two of the band's members, Adam and Mickey, were still in high school when they released The Fourth World. But, despite what senior year did to Adam Levine's jawline, Kara's Flowers failed to catch on with the kind of mainstream success Reprise Records had hoped for.

The band supported their album with a modest national tour and "Soap Disco" got lukewarm exposure on the alternative college radio stations that launched bands during their era. Their bright combination of pop, punk, and rock was on its way out of the spotlight in popular music. The successful bands aren't always the good ones. The band's guitar players, Adam and Jesse, enrolled at Five Towns College, New York to continue pursuing music careers.

There's a happy ending, though. Maybe it depends on who you are. One year later, Adam and Jesse returned from New York and reunited with their bandmates. Adam Levine had been inspired by his short time at Five Towns College. He would never be behind the times, again.

The band added another guitar player, James Valentine, and infused their music with elements of R&B and hip-hop. The reinvigorated musicians went back to work in 2003 with a new name, Maroon 5. Their debut album, Songs About Jane, went double platinum in the year of its release, 2004. It's been in my car's CD player for months now and I'm still not taking it out.

Next time you see Adam Levine on The Voice or hear his new song with Cardi B, remember Kara's Flowers. Remember what it looks like to see the members of Maroon 5 actually play instruments. Remember the teenagers who wanted to do their songs justice by "not fucking them up."

If we hadn't missed it back then, maybe we would still have that band. I love Maroon 5, but Kara's Flowers is the cost you pay for Adam Levine's weird new YouTube series based on the "Sugar" music video.[3]